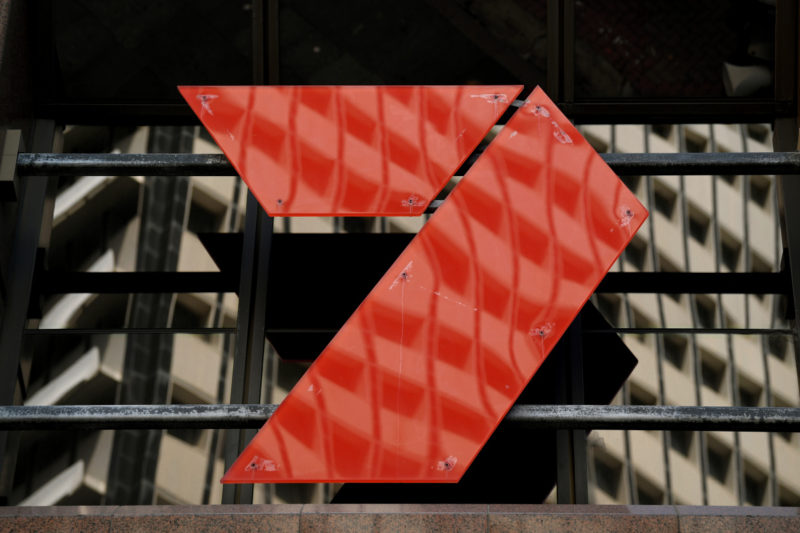 Seven's isolation could be broken by a News Corp deal. Photo: AAP

Seven West Media’s new chief executive James Warburton has been flexing his muscles since he started in the job in August. He has axed Seven’s premier current affairs offering, Sunday Night, led by Melissa Doyle, and asked Bauer Media to buy its Pacific Magazines portfolio, including New Idea.

Most recently two stalwart directors have walked, former Victorian premier Jeff Kennett and the long serving Peter Gammell, as the Warburton broom continues on its path. It’s all part of a major restructure that could dress the company up for sale – some say to Rupert Murdoch’s News Corp.

Seven West’s major asset, the Seven TV network is looking like a shag on a rock in the marketplace right now. Channel Nine has joined forces with Fairfax newspapers and grabbed 100 per cent of Macquarie radio, plus the Stan video-on-demand service. Ten joined the stable of US film and TV giant CBS.

But Seven sits alone with only Kerry Stokes’ West Australian Newspapers at its side and no heavy hitter in the video-on-demand space.

There are two things weighing on Channel Seven: its tepid performance in the ratings and a big swag of debt. At first glance Seven looks good in the ratings department. 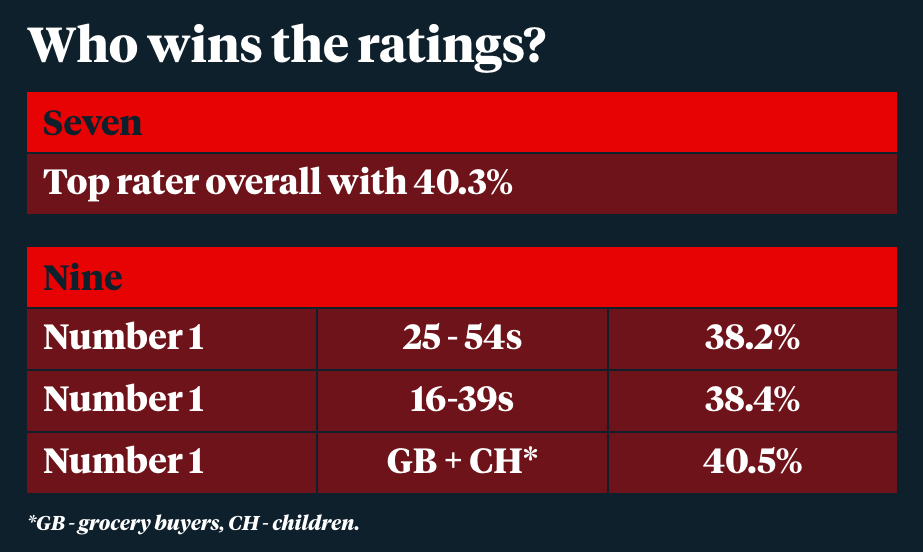 It’s been the overall ratings winner for 13 years, but independent media analyst Steve Allen says that is irrelevant. “Nine has got the demographics that advertisers want; under 50s. Only a tiny minority of advertising briefs target all demographics or those over 50,” he said.

As a result, Seven can’t earn the big dollars for the eyeballs it delivers advertisers that Nine can. So while it has some big scores on particular programs its viewers aren’t so desirable. 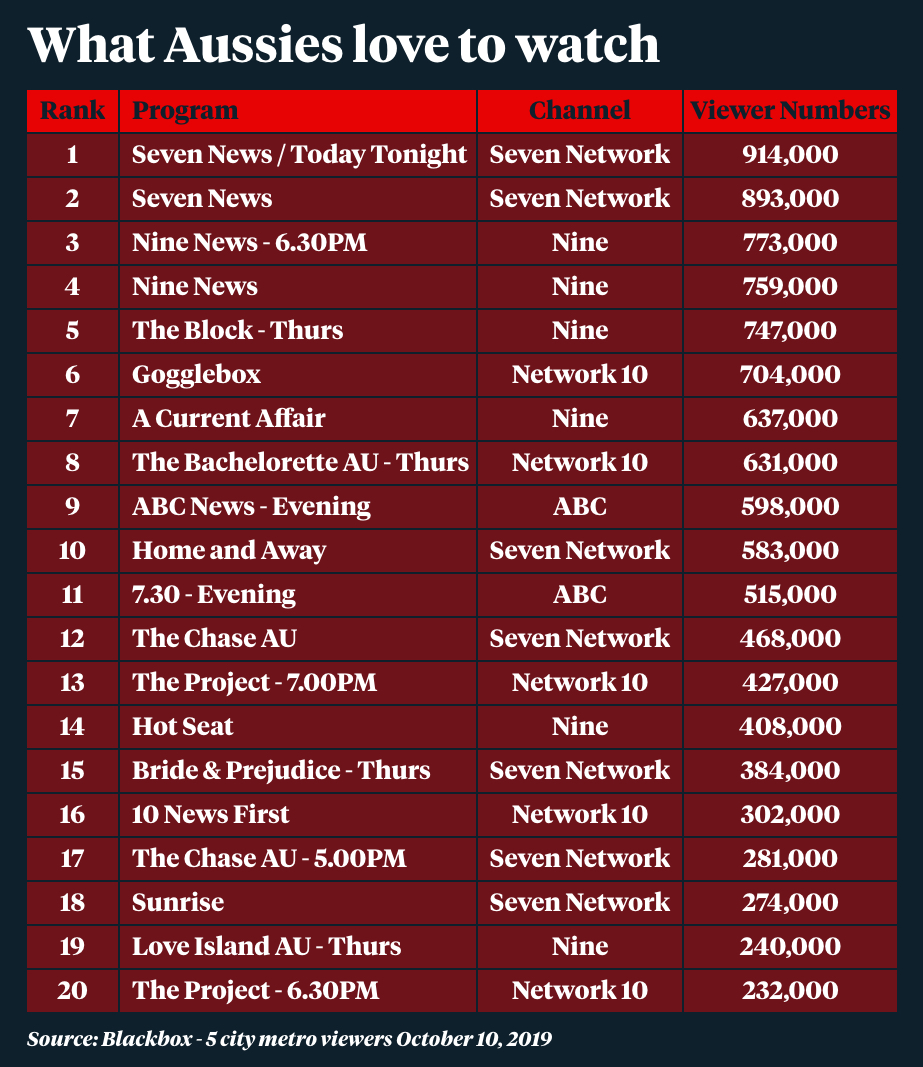 Seven is also labouring under a mountain of debt in relation to its revenues. It had revenues of $1.5 billion and long-term debt of $653.8 million. By contrast Nine had long term debt of $316 million on revenues of $1.9 billion for the year to June.

Seven also wrote off $611 million from the value of its television assets, which pushed it into a $444 million loss. Investors don’t like the news and Seven’s share price is suffering. 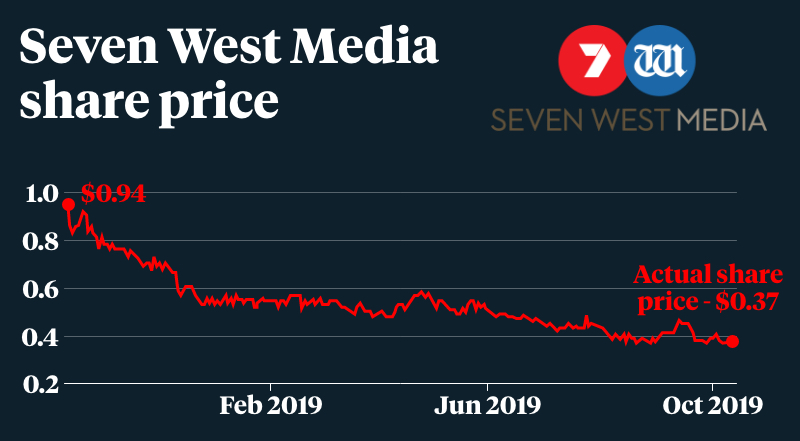 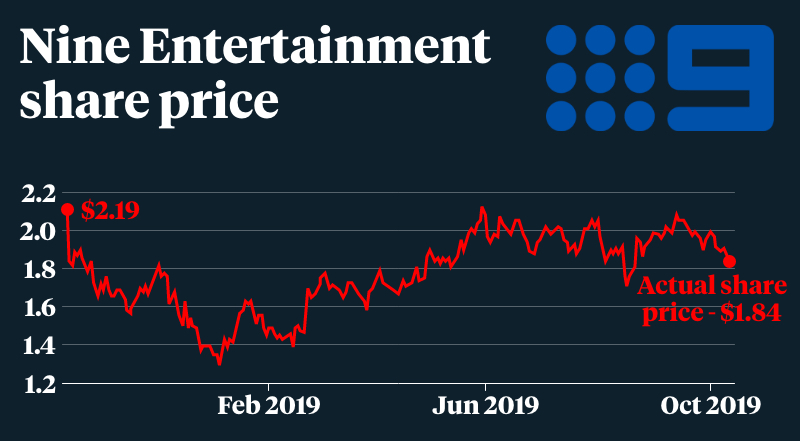 So where to for Seven?

Media analyst Peter Cox thinks Mr Warburton and major shareholders the Stokes family could be dressing up Seven to make it attractive to News Corp and the Murdochs.

“Kerry and Ryan Stokes, and Lachlan and Rupert Murdoch all have good relationships, so the question is ‘why hasn’t it happened before'” Mr Cox said.

“The ACCC would give it the same answer as it gave to Nine and Fairfax, so that wouldn’t be a problem. News could also stop (Domain founder ) Anthony Catalano breaking off and going away (with his new venture bought from Nine) by pouncing on it,” Mr Cox said.

The News Corp 65 per cent stake in Foxtel would enable Seven to build a video-on-demand outfit like Stan. “News would be bigger with free to air television and pay TV. The pay TV would to some extent offset Nine’s radio assets,” Mr Cox said.

“They would not have to put up much money, just take out the commitments from Stokes (because of Seven’s high debt).” he said.

However Mr Allen said Seven ‘s future would have to be in building up its programming and winning a more attractive audience for advertisers.

“It’s not a solution to get video streaming – its about programming, and they have to get new programs that appeal. Seven’s own profit and loss statement says they have to tighten up,” Mr Allen said.

Another industry source, who did not want to be named, said, “the thing about selling Seven is who would want it. They wanted to get rid of (former CEO) Tim Worner earlier (after he was embroiled in a controversy about his affair with an assistant) but they were scared the share price would collapse.

“It was only a matter of time and they waited till the ratings had dropped enough to do it.”

“The content owners are taking control of distribution,” the observer said.

Mr Allen cast doubt on News Corp moving on Seven. “For 20 years Rupert Murdoch has said he is not interested in free to air TV or Australian free to air TV.”