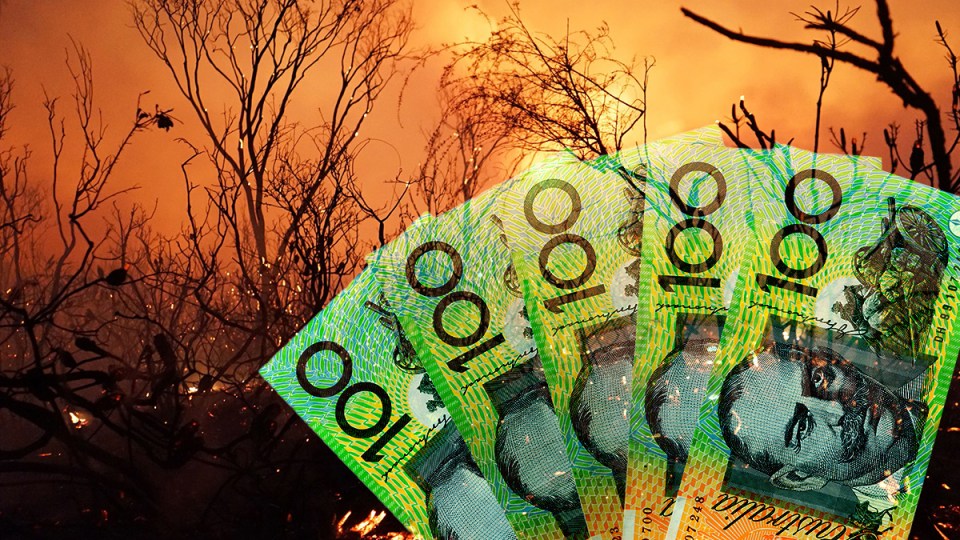 The insurance industry has already declared Australia’s second bushfire ‘catastrophe’ of the season despite summer not yet arriving, renewing calls for more government mitigation work.

The northern New South Wales town of Rappville has been described as a catastrophe area by the Insurance Council of Australia (ICA) after a devastating blaze destroyed at least 11 homes.

The declaration comes only one month after fires along the northern border of NSW – most notably in the Queensland town of Stanthorpe – similarly received ‘catastrophe’ status.

The latest insurance figures recorded by ICA’s disasters.org.au website estimates the damage caused in the Stanthorpe fires has exceeded $13 million, with more claims expected to be made in coming months.

The Stanthorpe and Rappville fires mark the third and fourth catastrophic blazes of 2019, following the fires that ravaged Victoria’s Bunker Hill and Bunyip State Park in March.

While the ICA catastrophe declaration does not relate to any government initiatives or services, policy holders affected by those disasters receive priority when making claims.

The ICA also sets up a number of support services for affected regions, including a hotline that people can call for assistance if making a claim, and hotline operators will even work with victims who can’t remember who they are insured with due to the trauma caused by the fire.

Speaking to the New Daily, ICA head of communications Campbell Fuller said the latest two catastrophes reinforced the need for government to refocus its spending on preventative measures.

These include infrastructure to reduce the damage caused by natural disasters, an overhaul of construction standards for at-risk regions, and new town planning guidelines, among others.

Not only would these changes reduce the risk of property damage caused by natural disasters, but would also drastically reduce the insurance premiums paid by those living in at-risk areas.

Mr Fuller pointed to Roma in Queensland as an example.

Recent efforts by government to reduce the risk of flooding have brought down most insurance premiums by 25 to 45 per cent.

In the most extreme cases, he added, premiums have shrunk by as much as 90 per cent.

“Insurance companies are ready to act on this, but we can’t bring premiums down while the risk is still there,” he said.

“We need government to step in and do its part too.”

The ICA isn’t alone in its calls either.

The ACCC and the Productivity Commission have separately recommended more be invested in mitigation strategies to reduce the cost of insurance premiums, especially in northern Australia.

The Rappville fire was one of 40 separate infernos raging across NSW on Wednesday afternoon, and bushfire researchers now say the phenomenon of spring blazes is not surprising.

In an article for The Conversation, Bureau of Meteorology senior researcher Chris Lucas and Country Fire Authority research and development manager Sarah Harris said Australia’s recent weather conditions all played a part in the swathe of early fires tearing through the east coast.

“In Australia, the year-to-year changes in climatic conditions are largely driven by three factors: The El Niño Southern Oscillation, the Indian Ocean Dipole, and the Southern Annular Mode,” the researchers said.

“Each of these climate drivers involves either changes to sea-surface temperatures, wind movement, or both. They can all can affect temperature and rainfall patterns across the southern hemisphere, including Australia.”

Analysis of those drivers allows meteorologists to predict the risk of fire in different parts of Australia at a given time, and this year that data pointed to early fires – particularly for NSW.

“The Southern Annular Mode refers to the north-south movement of strong westerly winds in parts of the southern hemisphere. When the mode is in a prolonged negative phase, fire weather conditions in Australia are worse,” the researchers said.

“The 2019 winter saw a persistent negative Southern Annular Mode, as did the 2013 and 2018 winter and spring seasons.

“There was a strong El Niño event and positive Indian Ocean Dipole in 2015.

“Australia’s bushfire season started earlier than usual in each of these years.”

How government can reduce disaster risk and cut insurance premiums