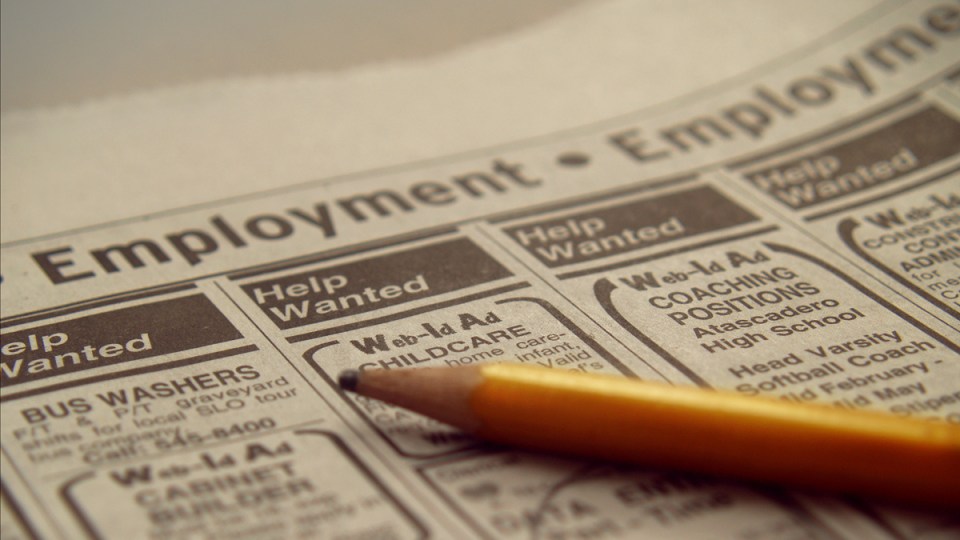 Another month, another poor NAB business survey with serious implications for unemployment – and no sign of anyone in the government bothering to do anything about it.

The immediate concern coming from NAB’s September business conditions survey is a forecast that employment growth is likely to fall to about 18,000 a month over the next six months.

By comparison, monthly employment growth averaged nearly 28,000 over the past six months – and the seasonally adjusted unemployment rate still rose from 4.9 to 5.3 per cent.

It’s not unreasonable to think our record labour force participation rate of 66.2 per cent can’t keep rising forever, but the pressures pushing more people to seek work show no sign of easing.

Ask just about anyone except the government and the Reserve Bank where unemployment is heading and the answer is around 5.5 per cent.

The RBA says it needs to come down to at least 4.5 per cent to have a healthy economy.

What is more certain is that there is no sign of unemployment and underemployment falling while the Morrison/Frydenberg government relies purely on RBA rate cuts for stimulus.

“The housing downturn and the weakness in the retail sector are likely to continue to play out further, adding to private sector weakness in the economy,” NAB chief economist Alan Oster said.

“Rate cuts will help but will lag and, with a weak consumer and higher global uncertainty, we are unlikely to see a material improvement in the short term.”

Basically, business is facing more of the same sub-par conditions with the obvious implications for the wages and the workforce.

While rate cuts eventually provide some stimulus, even at the present low levels, there’s a theory that they’re actually a factor in pushing up the unemployment rate.

The idea is that with savers receiving so little return on their money, they’re forced to stay in or return to the workforce, pushing up the participation rate.

That theory may also explain six years of real take-home wages going backwards, pushing all possible household members to seek work and many of the new jobs being part-time second jobs to help make ends meet.

Meanwhile the simple mathematics of fiscal policy failing to come to the party has been brought home by Stephen Koukoulas, former economic adviser to Julia Gillard when she was prime minister.

In an open letter to Treasurer Josh Frydenberg, Mr Koukoulas pointed out that the effectively balanced 2018-19 budget came from the government’s tax take being $11 billion higher than forecast while government spending was more than $6 billion lower than forecast.

“These differences totalled nearly $18 billion, or 0.9 per cent of GDP,” he wrote.

“That’s the difference between 2018-19 GDP growth of the actual 1.9 per cent and something closer to trend at 2.8 per cent. This money was withdrawn from the economy by your government and it is a critical reason why GDP growth has collapsed so disconcertingly.”

It is government dogma that this year’s federal budget will be several billion dollars in surplus, not just balanced.

That means the government will be tightening fiscal policy further, taking more dollars out of the economy than it puts in.

Mr Koukoulas wrote that financial market economists were unanimous in calling for fiscal policy to be eased to get the economy back to full health.

“These are not the loony left types – they are arguably some of the best practical economic types in Australia,” he said.

“In simple terms, there is an urgent need for the government, your government, to pump some money into the economy via the tax system and spending if you want to not only avoid higher unemployment, but to actually get the economy back to full employment.

“You are the Federal Treasurer in a Liberal Party government. The Liberal Party claims that ‘low taxes’ are in its DNA, yet your own budget documents show you will be one of the highest-taxing Treasurers in Australia’s history.

“How about giving back a bit of the tax and unspent funds sitting in the government’s coffers to the private sector so that they can be the driver of growth and job creation and complement the policies of the RBA in getting wages growth and inflation back to a decent level?”

So far, all indications from Messrs Morrison and Frydenberg are that the surplus comes first, never mind rising unemployment.

That leaves the stimulus job to the RBA, which has stated that monetary policy cannot provide sustainable growth on its own and has begged for fiscal help.

While the policy standoff continues, the NAB’s dreary business forecast of “more of the below-average same” looks a safe bet.