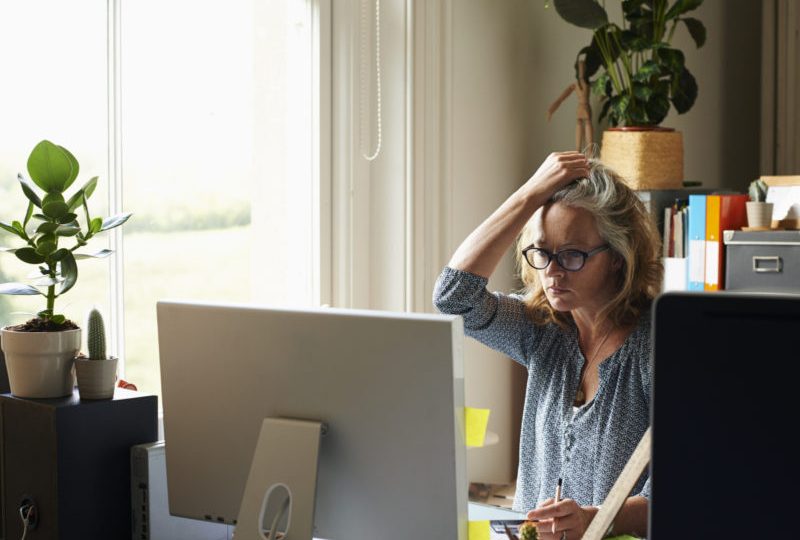 There are far less options in life insurance than three years ago. Photo: Getty

Choice for consumers in the life insurance industry has become dramatically more limited following AIA’s move to buy CommInsure from the Commonwealth Bank.

Associated adviser sackings and regulatory changes will keep premiums down in the short term, but premiums could rise later as the concentrated market power of bigger firms begins to show itself.

Research from DEXX&R shows that when the CommInsure move is completed by year’s end, the top five life insurance groups will control 85.4 per cent of the market compared to 66.2 per cent back in June 2016. 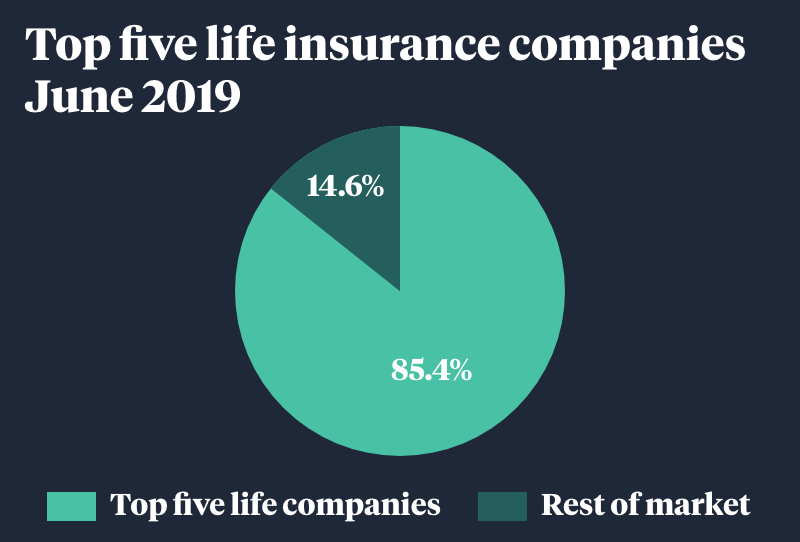 The jump in concentration followed the emergence of the litany of the financial scandals in recent times, which led to the Hayne royal commission.

CBA sold CommInsure to major life industry player AIA for $3.8 billion in 2017 after a series of scandals emerged over refusals to pay out critically ill members.

AMP is also exiting the life insurance business, selling its life assets to Resolution Life. The latter is not seeking to expand in the sector, saying it would “focus on existing customers” once the deal is complete. 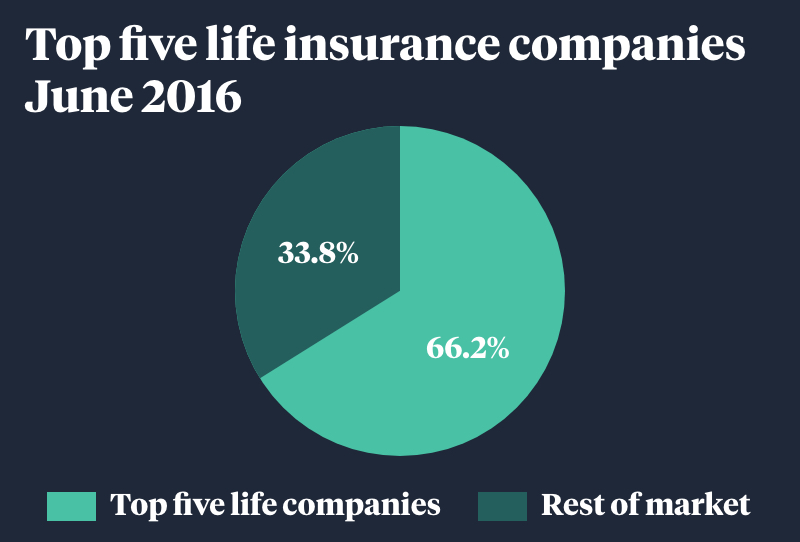 Another life stalwart, Asteron has been taken over by TAL and is also closed to new business.

The moves mean that the volume of life insurance premium sales has fallen dramatically in the 12 months to June this year.

However the increasingly concentrated marketplace is not expected to push up premiums in the short term, DEXX&R CEO Mark Kachor said

Only MLC experienced sales growth in the June 2019 year. 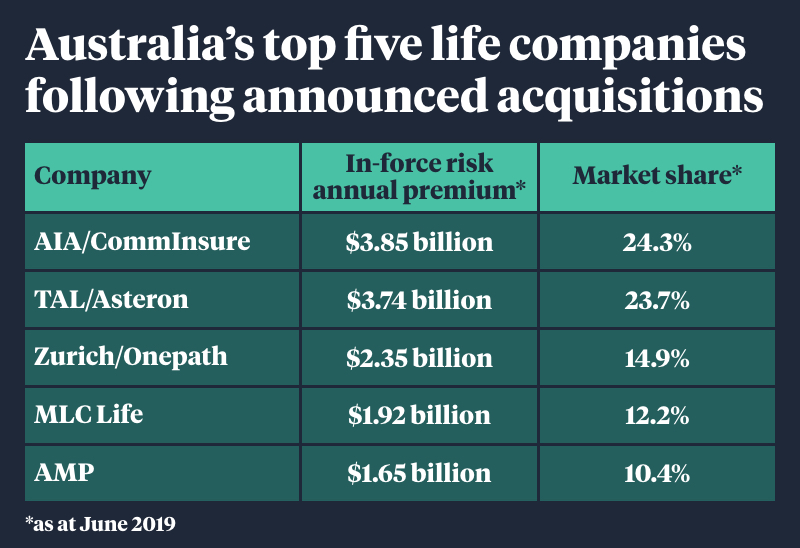 The top five is likely to become even more concentrated as AMP’s business shrinks under Resolution’s ownership.

“Risk sales are down and adviser numbers are falling.”

No salespeople no sales

The reduction of adviser numbers as firms amalgamate will result in lower sales in the future.

“It’s not a demand-driven business, it’s all sales push. As fewer people get asked to buy life insurance, fewer will take it up,” Mr Kachor said.

As a result premiums are not expected to rise with the reduction in providers in the short term.

The group insurance products sold to superannuation funds grew, but only marginally, in the June year.

Increased concentration was also evident in the group sector, with the four of the top five players increasing sales by far more than the overall industry.

The introduction of the Protecting Your Super legislation, which changes superannuation insurance premiums for most young people and those with low balances to opt in rather than opt out, will cut growth in the industry, Mr Kachor said.

“Opt in has become a fact of life and there is no way for group insurance to grow with the loss of most members under 25,” he said.

That loss of premium income will make it very difficult for companies to win premium rises from the superannuation sector, he said.