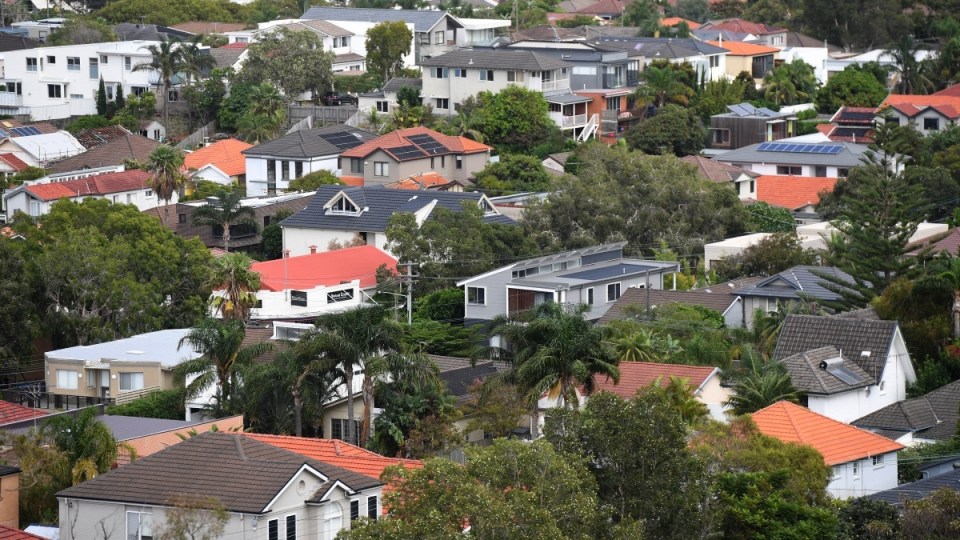 There are concerns that the recent wave of historic rate cuts is only boosting house prices. Photo: AAP

With the Reserve Bank of Australia cutting official rates to 0.75 per cent on Tuesday, there has been a wave of commentary about the move doing little to help the economy apart from boosting housing prices.

There are two parts to assessing this claim. First, do rate cuts drive up property prices? Second, is that all they do?

Economists have a precise answer to this question, and also a more practical one.

The precise answer is that all assets – stocks, bonds, property, stamps, vintage baseball cards, you name it – can be priced using what is known as the stochastic discount factor (SDF).

This says that in pricing an asset you should factor in all the future cash flows the asset will generate (rent or dividends or capital gains) and then translate those returns into today’s money, adjusting for the riskiness of those cash flows.

An easier way to think about how rate cuts might affect property prices – consistent with the asset-pricing approach – goes like this.

People look at how much money they can borrow based on what they can afford to pay back. An interest rate cut boosts their borrowing power.

Even though the major banks have only passed on about half of the Reserve Bank’s latest cut (owner-occupied mortgage rates have been cut by 13-15 basis points), that’s enough to give a household with income of $150,000 about another $12,000 to $14,000 in borrowing power.

They thus spend more and, because there is a limited supply of properties, this pushes prices up. So, yes, lower interest rates do tend to boost property prices.

Is that all rate cuts do?

But boosting property prices is not all that rate cuts do.

Higher prices for new dwellings help developers. They often lead to an increase in construction jobs as developers anticipate better conditions for selling properties. New property construction has a number of other effects, too, such as changing the average quality of the rental stock and spurring more retail spending (because those new homes need to be furnished).

Perhaps even more important is the pseudo-psychological effect of existing home owners feeling wealthier when house prices go up. This can lead to increased consumer spending – and this can have a big economic effect, given consumer spending accounts for about 60 per cent of GDP.

This “wealth effect”, rational or not, seems to be real. It is part of the reason the Reserve Bank’s governor, Philip Lowe, appeared to be concerned about Sydney and Melbourne house prices falling in the past couple of years. It is also why federal treasurer Josh Frydenberg is happy to see property prices again on the rise.

Would corporate tax cuts provide a bigger boost to investment? You bet. Are there diminishing returns to rate cuts as the cash rate approaches zero? That’s very likely to be the case.

But would businesses invest more if rates were two percentage points higher? No way. And would business like rates to be higher? I seriously doubt it.

Rate cuts do something to drive down unemployment, drive up consumer prices, and boost investment generally.

But they certainly do also drive up residential property prices.

The important question is whether that’s bad or not. The answer to this question is a little murkier.

Let’s start with the fact borrowers should be thinking about how much to borrow.

If they borrow too much and are unable to repay their loans, that’s very bad news for them. Defaulting on a mortgage is a wrenching experience. Most people try hard to avoid that.

That said, sometimes people make poor choices through lack of information, lack of thought or lack of willpower. Occasionally an unscrupulous third party will encourage them to borrow more than they should.

There is a third line of defence: prudential regulation. The Australian Prudential Regulation Authority and the Australian Securities and Investments Commission are charged with enforcing “responsible lending laws” and ensuring the animal spirits and (sometimes) bad incentives of borrowers and lenders don’t get out of control.

So property prices increasing a few percent on the back of the rate cuts is unlikely to be problem – though as the Reserve Bank governor is fond of saying, “time will tell”.

Richard Holden is a professor of economics the University of NSW

Good and bad, low rates do much more than just lift house prices