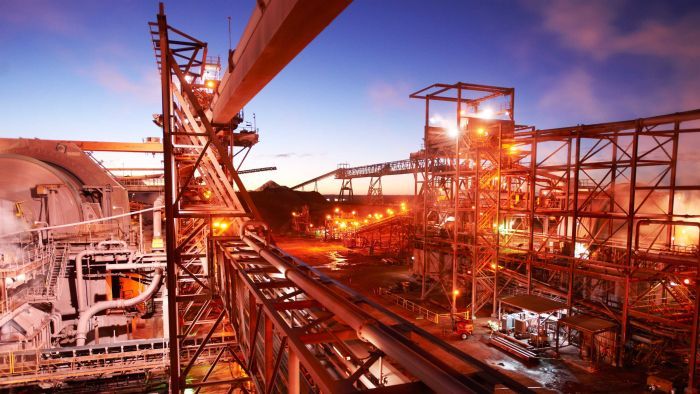 Benchmark copper on the London Metal Exchange (LME) ended down 0.1 per cent at $US5,678 a tonne, nearing a more than two-year low of $US5,518 reached on September 3.

The metal used in power and construction has slumped more than 20 per cent since June last year when US President Donald Trump began a trade conflict with China that has rippled through global markets and dented economic output.

“Negative sentiment has now fed through to the real underlying data, which has made for grim reading,” said BMO Capital Markets analyst Kash Kamal.

But he said state-backed infrastructure spending in China, the largest metals consumer, would support prices, predicting an average copper price of about $US5,950 over October-December.

US manufacturing activity in September fell at the fastest pace in more than a decade while euro zone manufacturing declined by the most in almost seven years, data showed.

In China, a contraction in factory activity became less sharp in September, but analysts said the improvement would be short-lived.

Hiring by US private employers slowed further in September, suggesting that trade tensions could be spilling over to the labour market.

World equity benchmarks hit their lowest levels in a month.

Trading volumes are expected to remain low this week because of celebrations in China to mark the 70th anniversary of the founding of the People’s Republic.

The Shanghai Futures Exchange will reopen on Tuesday.

The US dollar this week surged to its strongest in more than two years, pressuring metals by making them more expensive for buyers with other currencies.

It was slightly weaker on Wednesday.

Speculators are betting on lower copper prices, with a net short equal to 4.9 per cent of open LME contracts as of Monday, broker Marex Spectron said.

On-warrant copper stocks in LME-registered warehouses have fallen to 155,675 tonnes from around 300,000 in mid-August but remain above lows reached early in the year.

Capital Economics said copper demand growth, though lacklustre, would still outpace supply, pushing prices to $US6,800 a tonne by the end of next year.

The premium for cash nickel over the LME three-month contract touched $US215 – its highest since 2009 – before falling back to $US155.

A premium points to a shortage of nearby metal.

Cash nickel has typically traded at a discount.