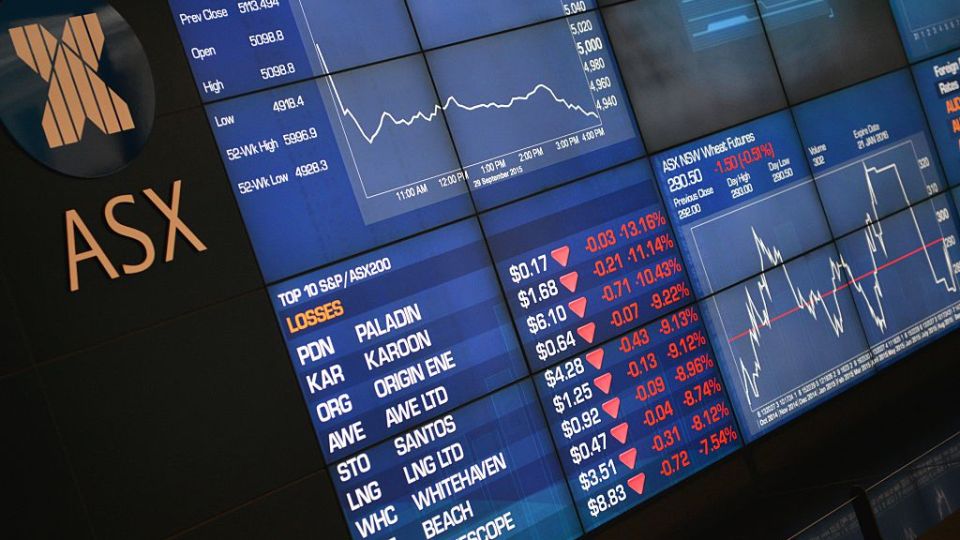 Australian shares tumbled in early trade over rising fears of a global recession with the benchmark index plunging by 3.7 per cent in the past two days. Photo: AAP

Australian shares are trading sharply lower due to rising fears of a global recession.

In dollar terms, the local share market has lost around $70 billion in value over two trading sessions.

Investor sentiment has also dipped across the Asia-Pacific, with Tokyo’s Nikkei (-2 per cent) and Hong Kong’s Hang Seng index (-0.5 per cent) experiencing moderate to heavy losses.

The Australian dollar is buying 67.17 US cents, around its lowest value in a decade.

The major banks – Commonwealth Bank, Westpac, ANZ and NAB – are the biggest drags on the markets, having lost between 2.3 and 3.3 per cent each.

Shares in mining giants BHP, Rio Tinto and Fortescue Metals have dropped between 2.6 and 3.8 per cent each.

Energy companies have also been hard hit, with Origin Energy, Santos and Woodside Petroleum down between 2.9 and 3.8 per cent.

19 companies on the ASX 200 – with gold miners among the list – are climbing higher amid the sea of red.

The safe-haven demand for gold surged amid concerns of a global economic downturn.

On the flipside, Austal (-5.1 per cent) and NRW Holdings (-4.9 per cent) are posting some of the steepest losses.

London’s FTSE was the worst performer, dropping 3.2 per cent in one session.

On Wall Street, the Dow Jones index shed 838 points, or 3.1 per cent, in the past couple of days.

The plunge was triggered by the United States recording its worst manufacturing figures in more than 10 years, and worse-than-expected private sector job figures.

It appears the ongoing US-China trade war is starting to hurt America’s economy, which has begun to show signs of faltering.

Adding to trade concerns, the US will impose $US7.5 billion ($11.2 billion) worth of tariffs on European Union imports in two weeks.

This was after the World Trade Organisation (WTO) ruled that the EU had been granting illegal subsidies to Airbus to give it an unfair competitive advantage over Boeing.

United States has won approval from the WTO to levy import tariffs on $US7.5 billion ($11.2 billion) worth of European goods.

Investors also reacted poorly to pessimistic data from the European Union, revealing that factory activity had contracted to a seven-year low.

ASX tumbles $70b in two days over global recession fears