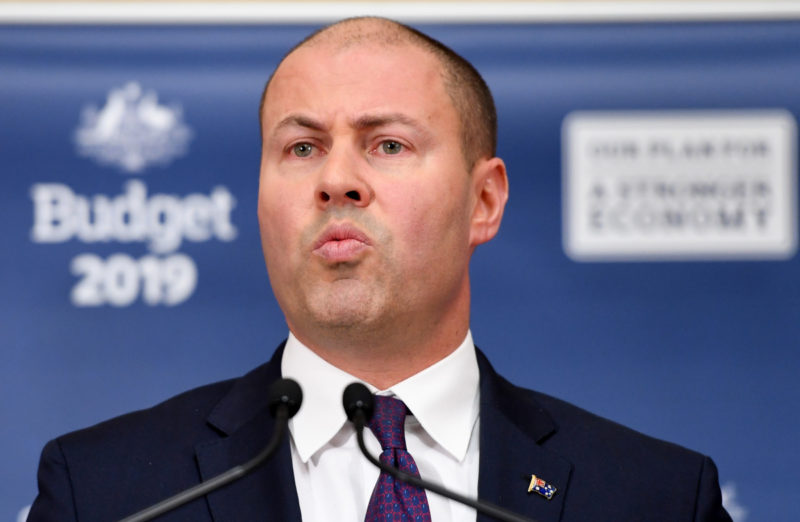 Westpac and ANZ have followed the lead set by rivals Commonwealth Bank and NAB and will not pass on Tuesday’s 0.25 per cent rate cut in full.

Westpac announced it would only decrease variable home loan interest rates by 0.15 per cent, while ANZ said it will lower rates by 0.14 per cent, meaning each of the country’s Big Four have denied borrowers the full benefit of the Reserve Bank’s latest monetary easing.

The flurry came more than 24 hours after the Reserve Bank board cut the interest rate for the third time since June to a new record low 0.75 per cent, in a bid to lessen the cost of borrowing and kick-start the economy.

Treasurer Josh Frydenberg has already savaged rivals CBA and NAB for failing to pass on the cut in full, with the two lenders announcing on Tuesday evening they would be lowering rates by 0.13 per cent and 0.15 per cent respectively.

Some of the smaller lenders have passed on the rate cut in full.

The big four banks are estimated to have pocketed $4.7 billion in three years by refusing to pass on interest rate cuts and now they’re set to hang onto even more money.

“The banks have a lot of explaining to do because this is very disappointing,” Mr Frydenberg told the Nine Network earlier on Wednesday.

“Customers should vote with their feet.”

“The banks need to pass on the interest rate cut in full and the government needs to do something about it,” he told reporters in Queensland.

“They can’t just sit back as spectators while this occurs.”

The Australian Chamber of Commerce and Industry had urged the banks to pass on the rate cut in full to lift spending on retail.

“Small businesses have been doing it tough over the past year. This has particularly affected discretionary spending in small retail businesses, including cafes and restaurants,” chief executive James Pearson said.

The Reserve Bank is already preparing to cut rates further if the economy remains stagnant, as it tries to push the unemployment rate down and inflation and wage growth up.

The RBA said in a statement that the economy still had spare capacity and lower interest rates would help make inroads into that.

“The board … is prepared to ease monetary policy further if needed to support sustainable growth in the economy, full employment and the achievement of the inflation target over time,” the RBA said.

AMP chief economist Shane Oliver predicts rates will drop again to 0.5 per cent on Melbourne Cup Day, and down to 0.25 per cent early in 2020.

“There is a risk that we’re spending down our recession insurance,” Mr Richardson told Sky News.

The RBA said wage growth remains subdued and there is little upward pressure, with increased labour demand being met by more supply.

“Caps on wages growth are also affecting public-sector pay outcomes across the country. A further gradual lift in wages growth would be a welcome development,” the bank said.

“Taken together, recent outcomes suggest that the Australian economy can sustain lower rates of unemployment and underemployment.”

The RBA says signs of a turnaround in the Sydney and Melbourne housing markets are promising, but new building activity has weakened and growth in housing credit remains low.