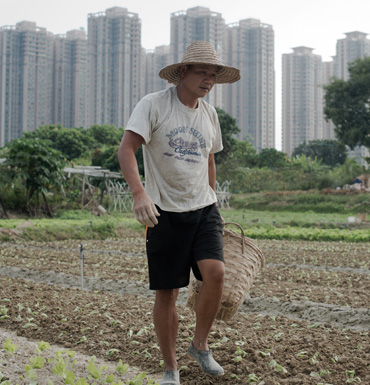 While China boasts wealthy cities, outside of those cities it's a different story.

Speaking in Chicago, Mr Morrison said China has reached “economic maturity” and shouldn’t continue to receive the special and differential treatment provided to developing countries under rules laid out by the World Trade Organisation (WTO).

“China’s economic growth is welcomed by Australia and we recognise the economic maturity that it has now realised as a newly developed economy,” the Prime Minister said.

But the comments have been met with controversy and refuted by opposition leader Anthony Albanese, who told ABC radio that China is “quite clearly still developing”.

Under the WTO rules, developing countries can set higher tariffs on imported goods to support their local businesses, and have lobbied to stop developed countries enforcing stringent climate change policies on their industries.

China stands to lose both those perks, and a range of others, if its status is changed.

Definitions not set in stone

The World Trade Organisation has no preset economic definition for what is, or is not, a developing country.

Instead, countries simply declare themselves as developing nations to receive the associated benefits, although those declarations can be challenged by other members of the WTO.

Income per capita is often used as a rule of thumb, however, with many economists considering any country with a gross national income (GNI) per capita above $US12,000 ($17,680) to be developed.

That $US12,000 is roughly the same figure used by the World Bank to classify a country as ‘high income’ – the top level in its four-tiered measure of economic development. 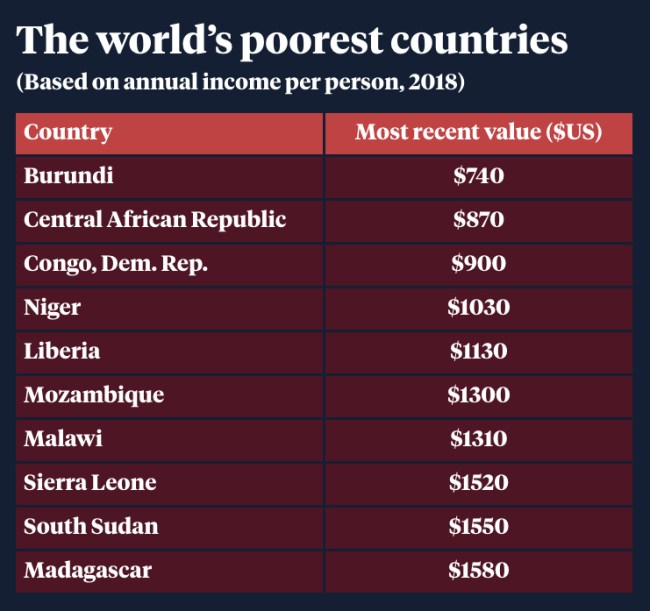 Under this measure, China would not qualify as a developing economy, but Monash Business School world trade lecturer Dr Giovanni Di Lieto told The New Daily that this measure alone is inappropriate for assessing China’s unique make-up.

“China isn’t even a middle-income country, but the problem is how unevenly wealth is spread,’’ Dr Di Lieto said.

‘‘If you look at Shanghai or Shenzhen, they’re more advanced than most Western cities. But if you start heading out into rural areas, it’s like a third-world country.”

The scale of the China’s economy and size of its military are also significant factors. Both are comparable with the Soviet Union during the Cold War – undeniably a super-power but whose economic position wouldn’t traditionally be regarded as ‘developed’.

“The point is that China escapes a clear-cut definition based on the economics, so it comes down to the politics.”

When China joined the WTO in 2001, it was granted ‘developing’ status on the expectation it would begin to liberalise and move closer to a Western economy, but that hasn’t happened and the US “is now realising that doesn’t fit with their plan”, he said.

“There’s been a real push from the US to see it as a developed economy, and that’s attached to the scale of its economy and the strength of its military.” 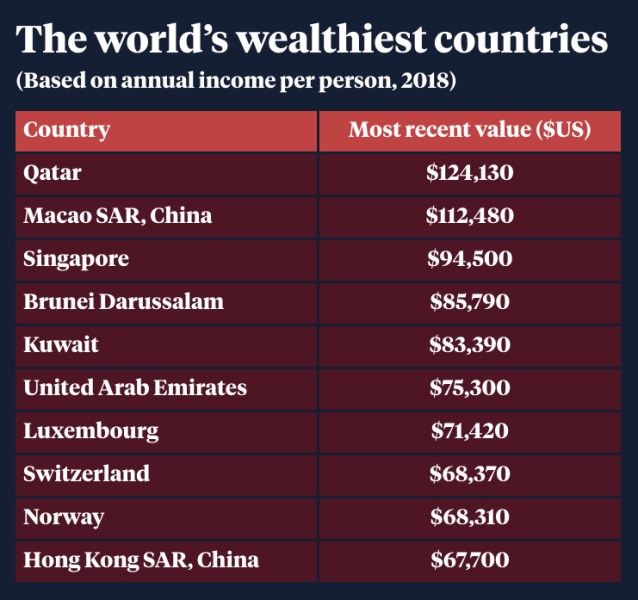 James Laurenceson, director of the Australia-China Relations Institute at University of Technology Sydney, doubts a change in China’s status will have much, if any, effect on the economic relationship between Australia and China.

“Australia also has bilateral free trade agreement with China, so yes there are the World Trade Organisation rules but we also have our own trade agreements with China that won’t be greatly affected by a change to China’s status,” he said.

Of more importance to Australia is whether or not China will open itself up to foreign investment.

“Right now it’s very easy for China to invest into Australia or the US, but it’s not very easy for us to invest in their markets, though there have been some good developments there,” Professor Laurenceson said.

But Dr Di Lieto cautioned that changing how China is defined is not entirely without its risks.

“The question needs to be ‘what’s best for Australia’. Do we want to p-ss off China? Because this is a sure-fire way to do just that,” he said.

“Australia would be shielded from any economic fallout from treating them as a developed economy, but there’s the risk of the political fallout.”

Is China an economic powerhouse or a developing country?