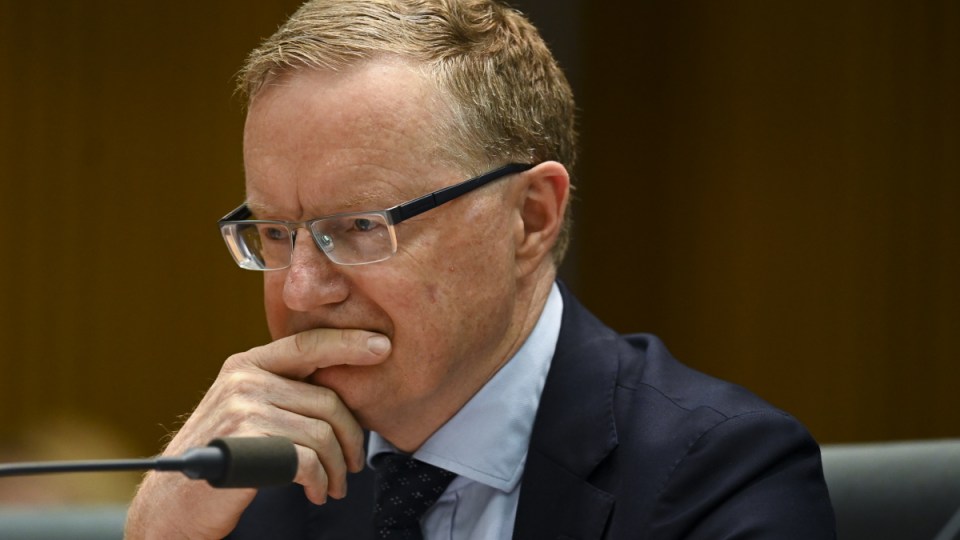 Reserve Bank Governor Philip Lowe gave an economic update speech in Armidale on Tuesday night. The next day’s headlines predictably focused on Dr Lowe’s predictable nod towards a predictable interest rate cut. But that overlooks a bigger story: the RBA’s federal government political problems seem to be getting worse.

It was a very strange speech beyond the interest rate headlines. The strangest element was the governor apparently claiming that black was more like green.

“There has, however, been some softening in measures of business conditions – from well above average to around average,” Dr Lowe said.

Business conditions were well above average in the first half of 2018. The idea that they are now “around average” would come as a big surprise to followers of the monthly NAB business conditions survey – arguably the best timely reading available, a survey that the RBA and Treasury rather rely on.

Rather than being “around average”, NAB reported two weeks ago that:

“Both business confidence and conditions declined in the month, with both now at +1 index point – well below long-run averages. This outcome suggests that momentum in the business sector continues to weaken.”

If the governor didn’t read the NAB commentary, he could look at the graph.

The conditions index close to zero doesn’t look like “around average” to me. And I bought a new pair of glasses just last month.

With maybe one exception, the speech reads like the governor trying to toe the government’s “everything’s fine with the economy” line.

Reading between the lines of the speech – but hopefully not reading too much into it – it seems the RBA is under greater political pressure than the excruciatingly embarrassing photo op stunt Treasurer Frydenberg pulled on the governor.

It’s now more than four months since the election and there’s still no sign of the usual agreement between a Treasurer and Governor about the RBA’s responsibilities.

That’s extraordinary. It suggests an on-going battle between the central bank and government. We’re left to speculate what grounds the battle is being fought on. How’s that independence thing going?

Mr Frydenberg has already signalled he wants the RBA back in its box, sticking to just moving interest rates and voicing no criticism of government policy.

Dr Lowe’s Armidale speech pretty much complied, albeit more by omission and with faint praise. It was hardly a ringing endorsement to say:

“Looking forward, there are some signs that, after a soft patch, the economy has reached a gentle turning point.”

“Gentle turning points” aren’t much different to stalling. Something more robust will be required to get our economic growth back to trend, which is what the governor predicted will happen next year.

The impact of the government’s income tax refunds received a gentle commendation.

“These payments will boost aggregate household income by 0.6 per cent this year. Past experience suggests that around half of these tax refunds will be spent over coming quarters.”

So that’s really a consumption increase of maybe 0.3 per cent spread over some quarters – certainly a gentle stimulus.

The governor also held his tongue on infrastructure spending. Rather than repeat his previous calls for more, it was a compliant:

“The investment outlook is being supported by a solid pipeline of infrastructure projects. This ongoing investment in infrastructure is not only supporting demand in the economy at a time when this is needed, but it is also adding to the supply capacity of the economy and directly improving people’s lives, including through providing better services and reducing transport congestion.”

And chocolate is a popular flavour of ice-cream.

We couldn’t benefit from more than is in the “solid” pipeline?

Dr Lowe played along with the excuse of blaming the world for Australia’s problems and spread responsibility for cutting rates:

“Almost all major central banks are expected to ease monetary policy over the year ahead.”

The world – or more specifically, Scott Morrison’s best mate, Donald Trump – certainly is a growing problem, but as far as the “surprise” weak financial year we’ve concluded, that was despite an amazingly strong trade performance.

Some might think he was being selective in citing the US, Euro area and the UK for the case that “the world” has a problem with investment intentions. Missing was our world – Asia.

Where Dr Lowe remained strong, in a softly-spoken sort of way, was  regarding our biggest domestic economic problem: sub-standard wages growth and what follows for consumption.

“Over the past year, the Wage Price Index increased by just 2.3 per cent This is a pick-up from the rates of recent years, but the lift in wages growth looks to have stalled recently. Another relevant factor here is the ongoing caps on wage increases in the public sector.”

Yes, governments are part of the wages problem and refuse to acknowledge it. The surplus-focussed Morrison/Frydenberg government doesn’t want to hear anyone suggest they should grant public servants real take-home pay increases.

Dr Lowe will have another crack at the state of the economy next week. He will address “the Melbourne business community” over a dinner on Tuesday after the RBA board meeting and, the dogs are barking, another interest rate cut.

It will be a heavier-weight audience. Saying black is more a shade of green won’t wash there. I wonder if the board might have considered the wording of an agreement with the Treasurer before the good doctor rises to speak.

Governor Philip Lowe signals the RBA is in a political hole