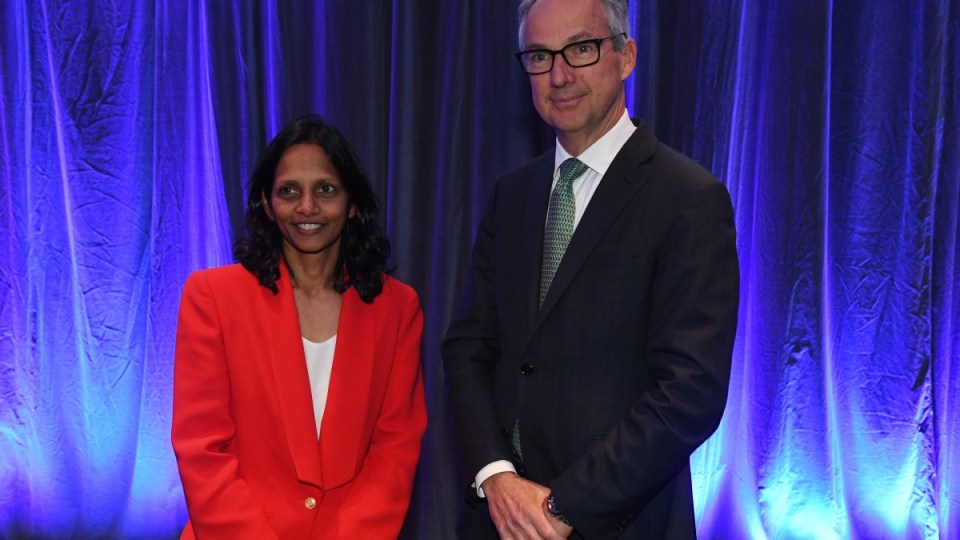 If you harbour ambitions to run one of Australia’s biggest companies, there are a few things you need to be.

You need to be between about 40 and 53. Being a white male will boost your chances astronomically, as will being based in Sydney. Where else?

And if you’re not digitally savvy, you better start boning up now.

They are some of the take aways from annual research by an executive recruiter on the movements and make up of the chief executives of Australia’s top 200 companies.

The research by specialist recruiter Robert Half found that Australia’s top CEOs were overwhelmingly men – 94 per cent, up from 93 per cent the prior year. Little surprise there.

Turnover among Australia’s top brass also hit a three-year high, with 22 per cent of the ASX-listed CEOs being new to the job over the past year, up from 20 per cent in 2018.

But one of the enduring trends in the report is the background of Australia’s CEOs. Although, it’s not so much breaking the mould, as cracking it slightly.

Robert Half Asia Pacific managing director David Jones told The New Daily the increase in CEOs from a tech background – and the decline in those from finance backgrounds (from 47 to 43 per cent) – was not surprising.

Mr Jones said the change reflected the growing pressure companies were under “to source and hire the right technical expertise and leadership to facilitate digital transformation and remain competitive”.

“Increasingly, people are becoming more tech-savvy, so having someone with a digital awareness and mindset, and a curiosity for all things digital related to the customer experience, I think that is a natural transition for leaders to go through at the moment,” Mr Jones said.

“Most CEOs still come from a finance background and most have overseas experience. But if you are a CEO that does not have a digital awareness or doesn’t have a digital narrative, then you are fast falling behind your peers.”

As well as CEOs having a greater sensitivity for the digital economy, Mr Jones said the model for larger companies was increasingly to have a chief digital officer (CDO) working alongside the chief information officer. And that model would gradually become the norm in smaller companies as they evolve into larger operations.

“It’s not necessarily about being a digital native, but having an awareness or an ability to put together a team with digital knowledge or expertise is paramount,” he said. 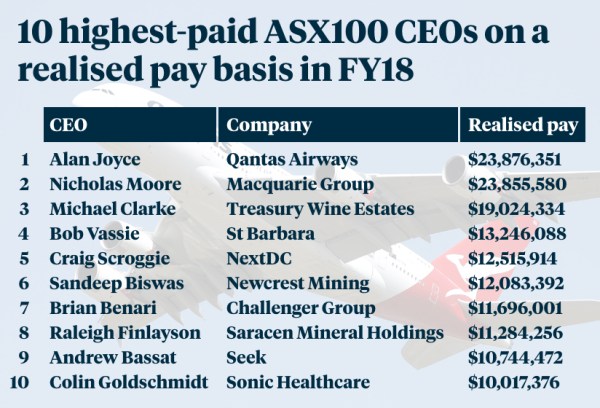 But why so few women? Still?

Mr Jones was surprised by the lack of women heading up Australia’s top companies, despite much discussion in the broader community about diversity and inclusion.

“The number of female CEOs actually fell by one percentage point from 7 to 6 per cent. I find it surprising – given the focus on gender diversity – that the ASX200 companies have not diversified from that perspective,” Mr Jones said.

“The broader awareness among corporate entities around diversity, inclusion and the gender imbalance makes these findings somewhat surprising.”

And they don’t perform much better on the scale of cultural diversity, either.

According to the Australian Human Rights Commission’s most recent report on corporate cultural diversity, its Leading for Change report from 2018, about 72.5 per cent of ASX200 CEOs were from an Anglo-Celtic background, 23.5 per cent from a European background, with only 4 per cent non-European.

That backed earlier research by the University of Sydney Business School in 2018, called Beyond The Pale, which looked at the cultural diversity of ASX 100 boards, confirming they did not reflect the “breadth of cultural diversity” in Australia’s workforce and population.

“It is both troubling and curious that this diversity is not reflected in Australian corporate leadership,” the report said.