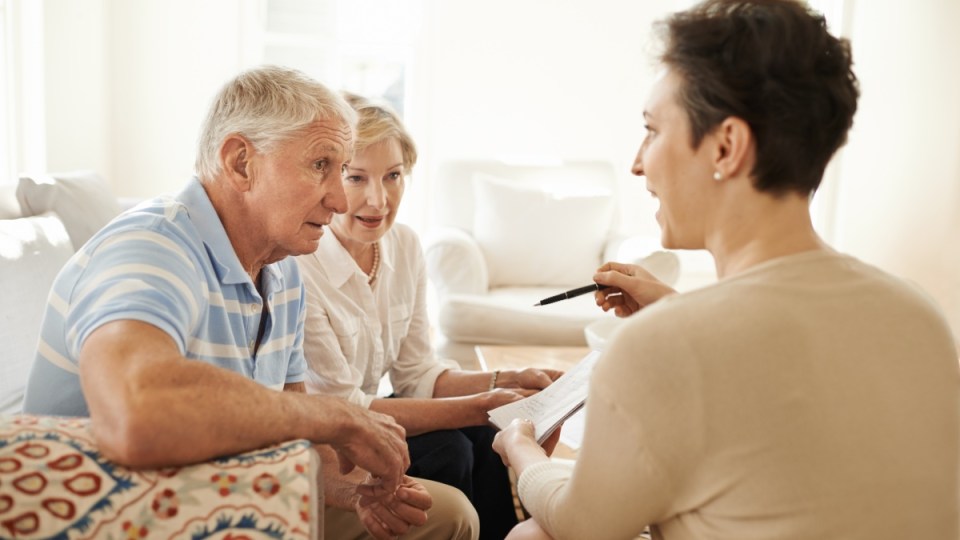 Commissions on insurance, and asset-based 'fees' remain the bread and butter of the advice industry. Photo Getty

If the government’s new Financial Adviser Standards and Ethics Authority (FASEA) has any teeth, an almighty battle is brewing with the financial planning industry.

A battle that will decide if the industry is serious about being a trusted profession or simply being product sellers.

That’s because, on paper at least, FASEA wants to wipe out the conflicted payments that continue to blight the industry.

FASEA’S code of ethics says: “You must not advise, refer or act in any other manner where you have a conflict of interest or duty.”

At first blush it looks black and white – conflicts are out.

FASEA has taken heed of what banking royal commissioner Kenneth Hayne said in his final report.

Commissioner Hayne noted education and ethical standards would not be enough to see financial planning transition from an industry, “dedicated to the sale of financial products, to a profession concerned with the provision of financial advice”.

The reason, he said, was, “the conflicts of interest that continue to characterise the financial advice industry”.

“Other professions do not have such a high tolerance for the continued existence of conflicts of interest.”

Commissions on insurance, and asset-based ‘fees’ (which are commissions by another name) remain the bread and butter of the advice industry.

According to Mr Hayne, in the five years to 2018, the insurance industry paid more than $6 billion in commissions to financial planners. That’s a $6 billion inducement to sell product.

Mr Hayne called for insurance commissions to be abolished.

Back in 2012, the Accounting Professional and Ethical Standards Board (APESB) issued a new standard on remuneration for accountants who were also financial planners.

Among other things, it zeroed in on the so-called asset-based ‘fees’, where financial planners receive a percentage of their clients’ money, rather than a genuine fee for advice.

The financial planning industry is a mess of conflicts that put many advisers’ self-interest ahead of their clients’ wellbeing, writes Andrew Robertson.

According to the APESB at the time, asset-based ‘fees’ affect an adviser’s ability to act with “integrity, objectivity, professional competence and due care”, adding that, “no safeguards can reduce this threat of self-interest to an acceptable level”.

The board cited the example of where paying off their house may be the best advice for the clients, but if the adviser must sell a product to get paid, he or she won’t give that advice.

It wanted all conflicted payments banned.

The accounting profession, with help from the lobby groups in the financial advice industry, rebelled and conflicted payments stayed.

It’s no stretch to say that, if that standard – known as APES 230 – had been adopted throughout the advice industry in its original form back in 2012, then the banking royal commission may not have been needed.

Many of the dodgy practices exposed at the commission, and committed in subsequent years, would have been rubbed out.

Now, financial planning is at an inflection point once again.

FASEA is offering it another chance to clean itself up once and for all. Or is it?

The ABC asked FASEA if asset-based ‘fees’ and insurance commissions were caught by its toughly worded code of ethics. A yes or no question.

FASEA’s answer? “An adviser will not breach the code of ethics merely because he or she may recommend to a client a financial product offered by their employer or principal.

“However, they may breach the code if a variable component of their remuneration depends on the amount or volume of those products that they recommend.

“This is because their personal interests may [or will] conflict with the adviser’s duty to act in the client’s best interests – free from any conflict.”

It’s an each-way bet because, as in 2012 when the APESB wanted to get rid of conflicts, the industry is refusing to budge.

Its president Daniel Brammall is pessimistic.

“I can’t see how FASEA will do anything other than water down its stance on conflicted payments because it’s so unpopular in the industry,” he told the ABC.

Those at the top of the financial planning industry knew exactly what was going on amid scandals, writes Andrew Robertson.

Michael Rafferty, an associate professor from RMIT University in Melbourne, has been closely following the financial advice industry for more than 20 years and has a similar view.

He said FASEA’s code of ethics is not as tightly worded as it should be.

“It will allow a continuation of old methods under a new name and weak regulators,” he argued.

The question Mr Rafferty asks is: “Which client will financial planners serve?

“Their small clients, or the big financial players who provide most of their income.”

Big strides have been made in lifting the education standards of financial planners, but it’s the way they’re paid that’s been at the heart of all the scandals.

The ball is now very firmly in the court of the Financial Adviser Standards and Ethics Authority to stand up to the vested interests in the advice industry.

As Mr Brammall noted: “FASEA does not exist to please the industry”.

The financial wellbeing of millions of Australians depends on it.