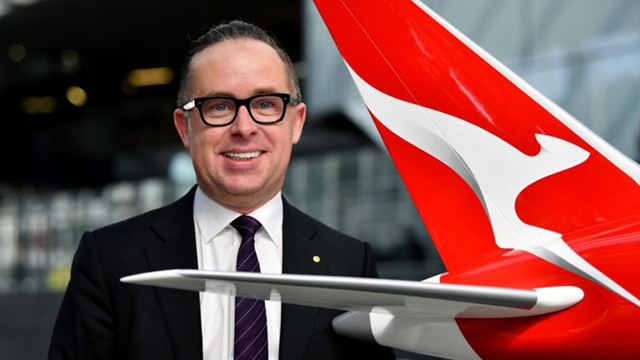 He led the table of top 10 CEOs produced by the Australian Council of Superannuation Investors (ACSI), earning 280 times the average Australian full-time salary of $85,000, amid what ACSI described as “a culture of entitlement”.

He was followed in 2018 by former Macquarie Group CEO Nicholas Moore and wine boss Michael Clarke. 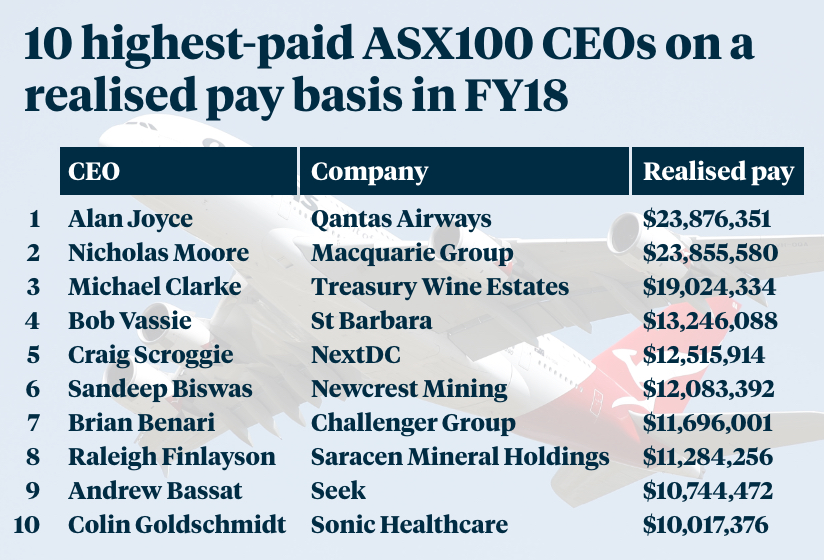 There were no women in the top 10 in either 2017 or 2018, but Mr Moore’s successor, Shemara Wikramanayke, is entitled to at least $17 million in the current year, according to Macquarie’s latest annual report, so will make the list next year. 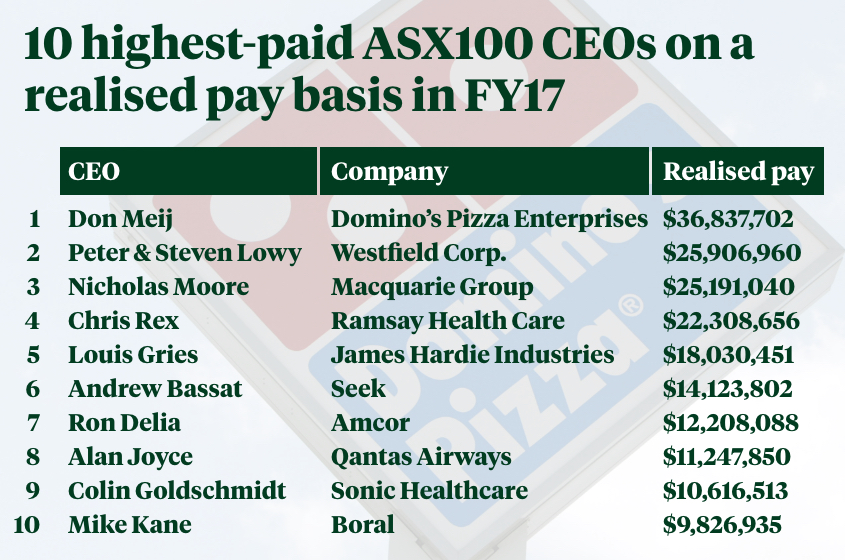 ACSI CEO Louise Davidson said the survey showed there was a culture of “entitlement” in corporate Australia that resulted in bonuses supposedly paid for outperformance being delivered as a matter of course. “Supposedly ‘at risk’ pay is not very risky at all,” she said.

ACSI found that more than half the CEOs in ASX 100 companies received at least 70 per cent of their performance bonuses in 2018, and only one received no bonus compared with six the year before.

That one was the 2017 table leader, Don Meij, who got no bonus after the share price of Domino’s Pizza tanked from $75 to $44 during the year.

“Bonuses are being treated as fixed remuneration and a defined part of executive pay. These results suggest boards aren’t exercising the discretion they should over remuneration,” Ms Davidson said.

The median pay for top 100 CEOs has risen 21 per cent in five years, while average weekly earnings are up 10 per cent in that time.

Fiona Balzer, policy director of the Australian Shareholders Association, said CEOs should not be paid bonuses “if the target is a budgeted expectation”.

“We want to see CEOs having skin in the game so that after three years they should have one year’s fixed remuneration in shares. There is no reason why a CEO should get a bonus, unless they do something to really shoot the lights out,” Ms Balzer said.

CEO remuneration needs to be compared with the average pay levels in the company, said Julie Walker, accounting professor at the University of Queensland.

“In the US that’s part of legislation. That allows comparisons across companies and industries,” Associate Professor Walker said.

“It comes down to risk for the CEOs. If we see more bonuses paid without increasing total valuation, then it’s almost a sure thing.

“When it [CEO pay ratio with employees] gets to 100 times, you’ve got to look hard at what the value proposition is; not only for investors but for all of us.”

Mr Joyce’s pay is way beyond that benchmark at 280 times the average Australian full-time earnings.

Peter and Steven Lowy, who pulled in $25.9 million between them in 2017 as joint CEOs of the Westfield Group, dropped out after Westfield was sold to French-Dutch group Unibail-Rodamco.

Mr Meij, a founder of Domino’s, sank with the company share price.

Where are the bankers?

Financial scandals and the fallout of the Hayne royal commission have driven bankers from the top 10 earners list in the past two years for the first time in the index’s 18-year history.

Westpac’s Brian Hartzer earned $6.7 million in 2016 and $4.9 million last year, according to the bank’s calculations.

Using ACSI’s measures, both Mr Comyn and Mr Hartzer will have earned more, but not enough to put them into the top 10.

CEO salaries see millions paid out amid a ‘culture of entitlement’