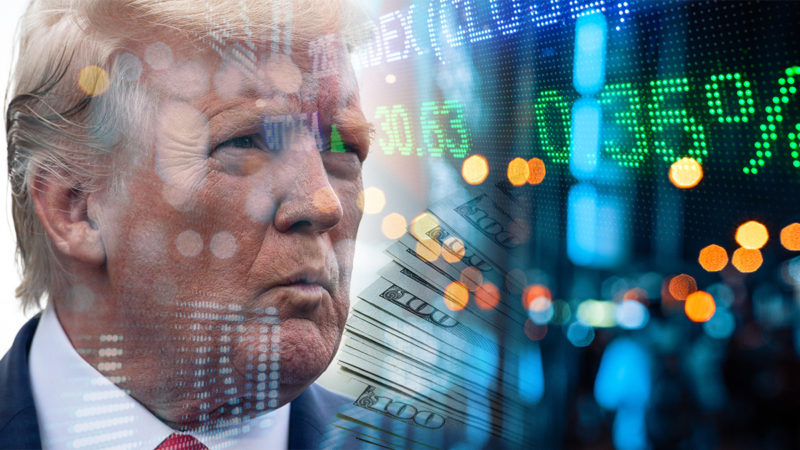 No one knows how long the US can go on running big deficits.

Debt was the medium that sucked the world into the vortex of the global financial crisis in 2008.

And more debt was the mechanism used to get out of it.

No one knows when the music will stop.

The OECD’s Business and Finance Outlook 2019 report shows that global national debt has jumped by 21 percentage points, from 62 per cent of GDP to 83 per cent between 2007 and the end of 2018. 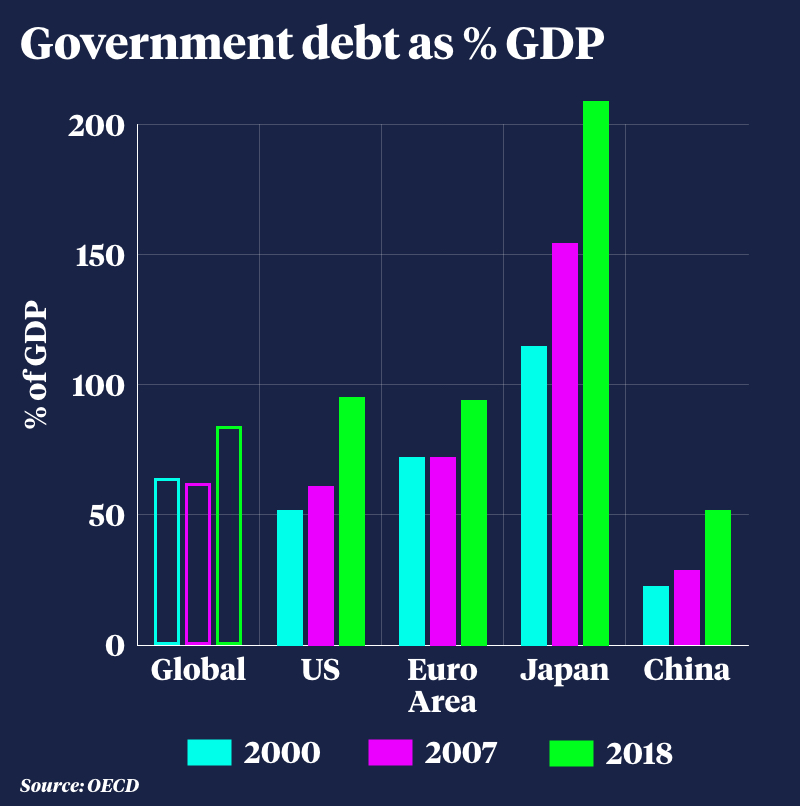 If you look at the figures in detail, the big debt builders included Japan, which has pushed its liabilities from 160 per cent of GDP to around 220 per cent in 12 years.

In terms of its own currency, US government debt has hit $US22 trillion ($31.88 trillion) and is $US2 trillion above where it was when Donald Trump came to power at the beginning of 2017.

Much of that debt has resulted from governments paying the costs of the GFC and trying to stimulate their economies to get out of it.

The survival struggle posed by the GFC and its aftermath have triggered some novel reactions from governments and citizens.

So panicked were governments, that many pushed their central banks into quantitative easing (QE), purchasing bonds from the market and paying for them in cash to put more liquidity into their economies.

Overall they have spent $US12 trillion ($17.5 trillion) on the measure, which has given central banks a form of debt exposure they have never had. 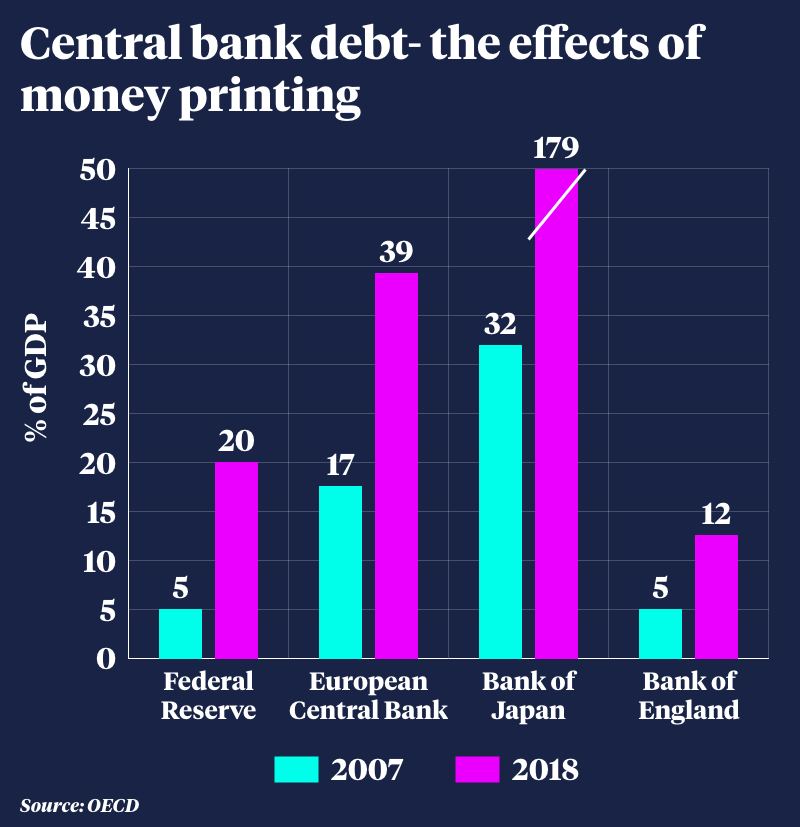 The move has been met with some cynicism by the markets, which viewed it as ‘money printing’. However, QE payments are backed by bonds coming from the deals, according to Matt Grudnoff, senior economist at the Australia Institute.

Another creation of the weird, post-GFC environment has been crypto currencies that allow people to avoid the conventional financial system altogether. 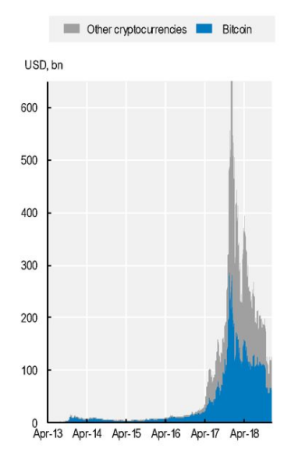 But the wild volatility of these new markets is demonstrated by the fact that Bitcoin’s peak market capitalisation was $US300 billion ($437 billion) in 2017.

One response to this volatility are plans to create what the OECD calls ‘stablecoins’, such as Libra, which Facebook plans to launch in 2020. It will be backed by a basket of financial assets to give it stability.

Another post-GFC phenomenon has been the blowout in corporate debt, overwhelmingly in China. That occurred both as necessary capital to finance that country’s gargantuan industrial growth and as a mechanism by the central government to promote spending and save the country from the dangerous GFC hole it fell into in 2008. 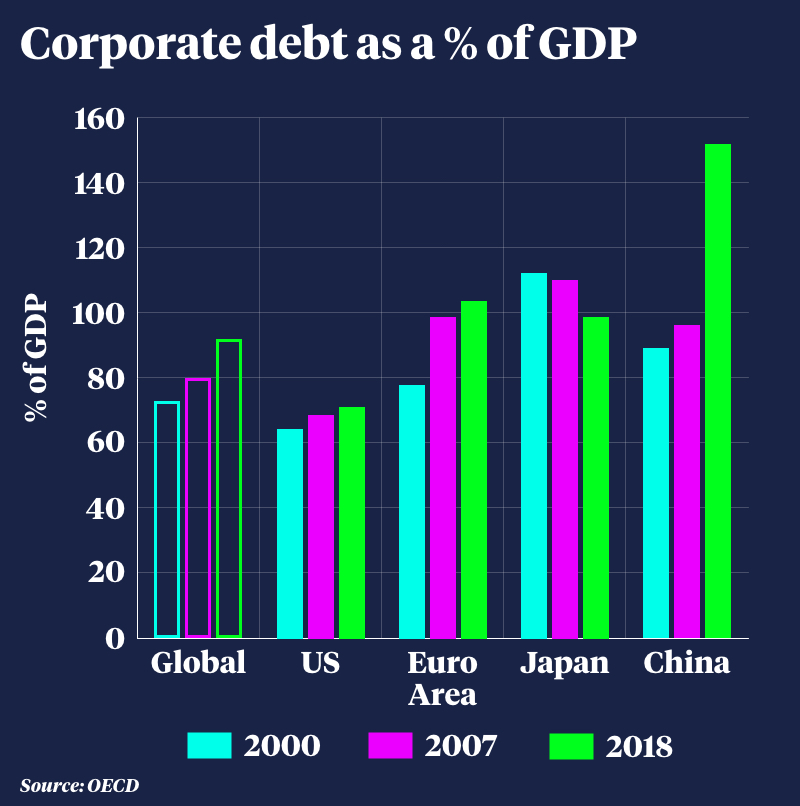 There is a danger in China’s corporate debt because of its growth and the lack of clarity about its detail, said Richard Holden, an economist at the UNSW Business School.

“A lot of the debt is held by state-owned enterprises, and if something went wrong in the economy, the central government would take it over,” Professor Holden said.

“The IMF (International Monetary Fund) has estimated that would add an extra 10 percentage points to China’s national debt as a percentage of GDP, and that would be felt in China’s economy.”

While other countries have run up state and corporate debt, Australian households have stacked on borrowings to play in the housing boom. 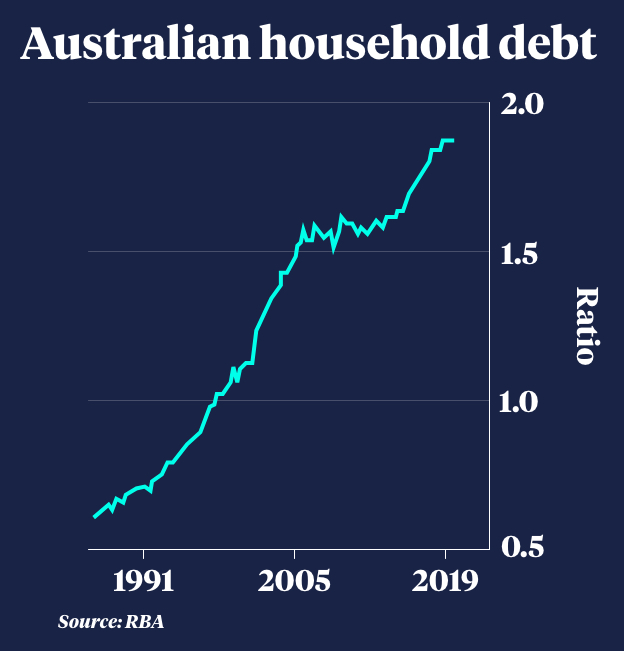 Household debt jumped in two distinct steps, the second after the GFC which saw it rise from 1.5 times household earnings to about 1.8 times currently.

That debt burden has been remarkably untroubling.

“We’ve just been through a period where house prices in Melbourne and Sydney fell 15 to 20 per cent, and people held on regardless,” Mr Grudnoff said.

“The danger of high household debt would emerge if there was rapidly rising unemployment, people were forced to sell and the banks in turn would be hurt and force more householders to sell.”

While the US is able to borrow internationally in its own currency, regardless of the rising debt levels, this could change if its economy slips further.

“It is a worry that despite having the lowest unemployment rate in 50 years, the US is still running big deficits. If the economy weakens we don’t know how long it could go on borrowing at these levels,” Professor Holden said.