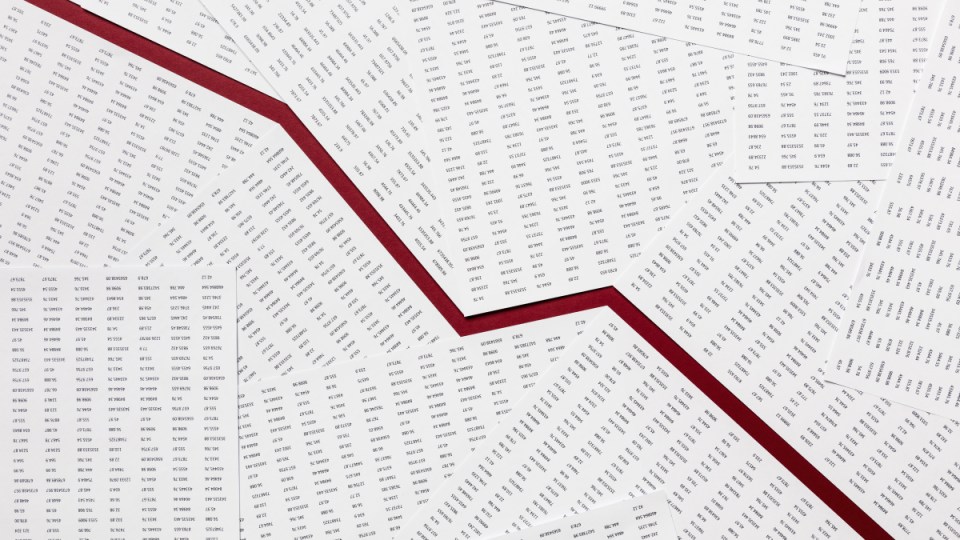 ABS figures out on Wednesday are expected to show Australia’s economy has slowed to its lowest growth rate since the GFC.

The consensus view is that the GDP growth statistics will show the economy grew by 0.5 per cent in the June quarter and just 1.4 per cent over the year.

The last time Australia’s annual GDP growth rate dropped that low was in the third quarter of 2009 – just after the global financial crisis.

Treasurer Josh Frydenberg conceded the figures were “soft” but warned against reading too much into them, as devastating floods and drought had temporarily knocked the economy off course, and seven of the 12 weeks in the June quarter were tied up by the election campaign.

Mr Frydenberg said the September quarter figures would provide a better indicator of how today’s economy is performing, as the June quarter figures came before the government’s tax cuts and the RBA’s second interest rate cut.

He told The New Daily that the poor GDP growth rate figures expected on Wednesday could largely be attributed to the recent downturn in the property market, which now appears to have ended in Sydney and Melbourne.

“The figures will confirm the slowdown we saw through the year to June 2019 … which has been a domestic private sector-led slowdown, with investment and consumption the main culprits, and the government sector and external sector the main supports to growth,” Mr Hogan said.

“We saw big declines in house prices in the major markets of Sydney and Melbourne, and just about the whole of Australia experienced some sort of price slippage.

“That, combined with the historically low wages growth, has conspired to see consumers really pull back on spending in the last year.”

But with the worst of the house price falls now behind the market, Mr Hogan is predicting consumers to loosen their purse-strings in the months ahead, fuelling a rebound in the country’s GDP growth rate.

The size of that rebound, though, will depend on whether consumers spend or save the tax returns currently flowing into their bank accounts, said EY chief economist Jo Masters.

If they choose to pay off debt rather than spend, the tax cuts won’t stimulate the economy as much as Canberra would have hoped.

“Consumption is a little under 60 per cent of GDP, so when the consumer is pulling their head in, you typically get a slowdown in economic growth,” Ms Masters said.

“So retail sales data over the next few months will be critically important.

“And the key domestic economic question is: will highly indebted households spend or save that lift in income?

“The RBA is anticipating half will be spent … so we’ll be looking at the household savings rate [on Wednesday] – because if you start to see households rebuilding savings, then the income lift we know is coming may not be spend.”

The annual GDP growth rate is now well below that required to bring down unemployment and lift inflation (currently thought to be around 2.75 per cent).

“So that will be interesting to see [on Wednesday], because that kinda means you’re getting bigger but your standard of living is going backwards.”

The ABS figures will come a day after the Reserve Bank held the official cash rate at a record low 1 per cent.

Despite a recent slew of poor economic data, the RBA’s move came as little surprise, as most economists had predicted the bank would sit on their hands until the two recent rate cuts had had a chance to flow through to consumers.

Together with the stabilisation of the housing market, an improved outlook for the resources sector, and significant government spending on infrastructure, these cuts would see Australia’s growth gradually lift to “around trend over the next couple of years,” RBA governor Philip Lowe said in a statement.

“The main domestic uncertainty continues to be the outlook for consumption, although a pick-up in growth in household disposable income and a stabilisation of the housing market are expected to support spending.”

Australian economy staring down the barrel of GFC-level growth