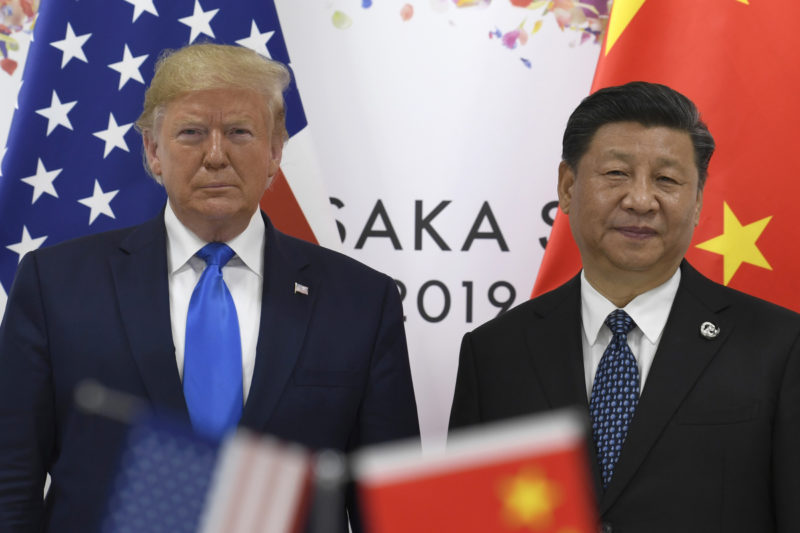 Australians are starting to feel the fallout of the worrying trade war flaring between the US and China, with $30.14 billion wiped off the value of shares on the Australian Securities Exchange (ASX) on Monday.

Since the peak of the market in July, share values have shed $132 billion as the economic gloom rolled in.

Given the escalation of trade-war rhetoric and action, we can expect more of the same as the year progresses.

If the situation continues to escalate, China could eventually use its ‘nuclear option’, the $US1.2 trillion in US bonds it holds in its financial war chest.

“While Australia is well away from recession, consumers aren’t spending, leaving government infrastructure spending and exports as the drivers of the economy,” said Nicki Hutley, a partner with Deloitte Access Economics. 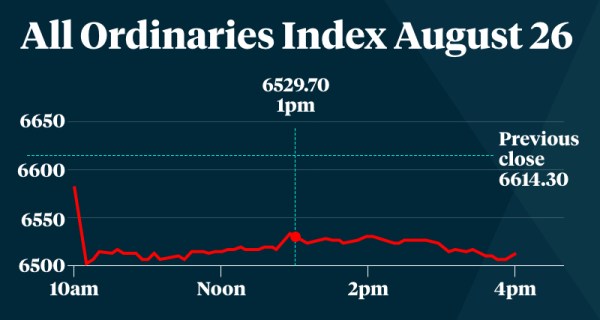 “That leaves us vulnerable as the global economy continues to slow and our terms of trade [effectively resource prices] continue to weaken.”

The link to resource prices will be weakness in the Chinese economy reducing demand for iron ore and other commodities.

It’s not only the sharemarket that’s on the slide.

“The 10-year Australian bond yield has fallen below 1 per cent to 0.8895 per cent, the lowest on record,” said Laurie Conheady, fixed interest specialist at JB Were. 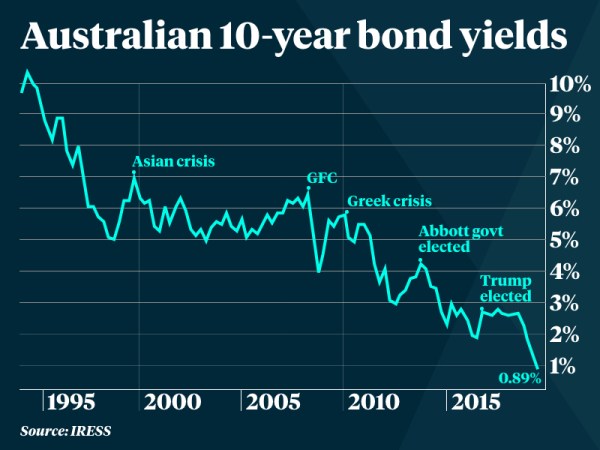 Bond yields have fallen for two reasons. There has been a long-term decline in interest rates driven by money printing by central banks, and a more recent decline driven by economic worries.

“Investors are fleeing to safe havens, despite low rates. In Germany, bonds are delivering a negative yield,” Mr Conheady said.

The world economy is already weakening.

“We are seeing a slow-motion effect as the trade war continues to ramp up and economies slow.

“Services and consumer goods are holding on [globally], but if the labour market starts to weaken then they will follow manufacturing into a recession,” he said.

“It’s up to Donald Trump, as the Chinese have shown they won’t cave in,” Mr Bassanese said.

Trump is not alone

While Mr Trump has launched the China trade war, its origins precede his presidency.

“China has been breaking the World Trade Organisation rules for 20 years, and there have been action plans against that among Republicans and Democrats.

“Taking action was a minority view before Trump was elected, but now it’s a majority view.”

But Mr Trump has ramped up action to dangerous levels.

“He’s moving very quickly, and that is playing with fire. Policy was aimed at making trade free and open, but Trump has weaponised it,” Dr Di Lieto said.

Mr Trump shocked economic and government circles at the weekend when he described Federal Reserve Chair Jerome Powell as an “enemy” for raising the prospects of using lower interest rates to mend the damage of the President’s trade wars.

“My only question is, who is our bigger enemy, Jay Powell or Chairman Xi?,” Mr Trump wrote in a Twitter post.

What happens from here?

The speed at which trade tensions ramp up will depend on the outcome of the US election in 2020.

“China has been responding but it will likely be measured while it waits to see the outcome of the election. If Trump wins there will be a big Chinese reaction,” Dr Di Lieto said.

The incendiary device in China’s arsenal is the $US1.2 trillion ($1.78 trillion) worth of US debt it holds.

“That’s the tricky bit. China will lose if the US dollar falls, but China plays a long game,” Dr Di Lieto said.

“It [selling US bonds] would be the nuclear option: That’s the thing they would do before they go to war.”