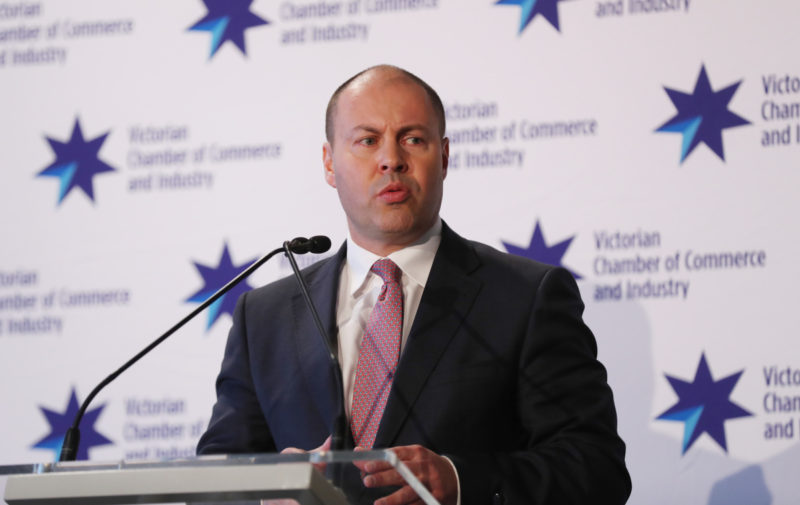 Treasurer Josh Frydenberg has stepped up the pace on the implementation of the recommendations from the Hayne banking royal commission after researchers revealed Australians had lost $201 billion to financial misconduct by the banks.

The research from the University of Melbourne found 54 per cent of Australians had been slugged by fraud or misconduct by financial institutions over the past five years.

That was far more than the $10 billion or so in misconduct unearthed by Commissioner Kenneth Hayne in his 12 months of investigation, and ordered to be made good.

Report author Professor Carsten Murawski explained the difference between the numbers produced by the royal commission and the survey.

“The royal commission adopted a case study approach,” he said.

His research was based on a survey of 1029 people supported by focus groups and extrapolated across the community. Its results were a shock to researchers.

“What we didn’t have was an idea of the prevalence of those issues, the severity, across the population,” Professor Murawski said.

The results of the misconduct by the banks may well cost the community even more than the $201 billion estimated by the report.

“Inefficiencies arising from suboptimal allocation of capital and risk might be even more substantial,” it read.

That means that the economy has suffered even further because the lost money was not put to productive use.

The estimated cost of the financial sector rorts identified by the report was on average $20,473 per person.

The median cost was closer to $1000, which could reduce the estimated losses.

Treasurer Josh Frydenberg on Monday said he planned to put his foot down on implementing the recommendations of the Hayne commission and implement 20 of a total of 54 measures committed to by the government by year’s end.

“The government has implemented 15 of the commitments it outlined in response to the royal commission’s final report,” Mr Frydenberg said in a statement.

“This comprises eight out of the 54 recommendations that were directed to the government and seven of the 18 additional commitments the government made as part of its response.

“Significant progress has also been made on a further five recommendations with draft legislation either introduced to the Parliament, released for comment or detailed consultation papers issued.

“By mid-2020, close to 90 per cent of our commitments will have been implemented.”

The Treasurer’s commitment comes as regulator, the Australian Securities and Investments Commission (ASIC), has foreshadowed a burst of litigation that will see it act against 50 of what it sees as miscreants.

The move comes after ASIC received commitments for an extra 25 per cent in funding, or $404 million, over the next four years.

Among the measures Mr Frydenberg committed to implement this year were the ending of grandfathered commissions for financial advisers, and forcing mortgage brokers to act in the best interests of their clients.

Following the Future of Financial Advice legislation implemented in 2013, advisers were allowed to maintain trailing commissions on investment products existing before the reforms were introduced.

Commissioner Hayne was very critical of those commissions and recommended they end.

However, recommendations that trailing commissions be banned for mortgage brokers were rejected by the government following push-back by the industry.