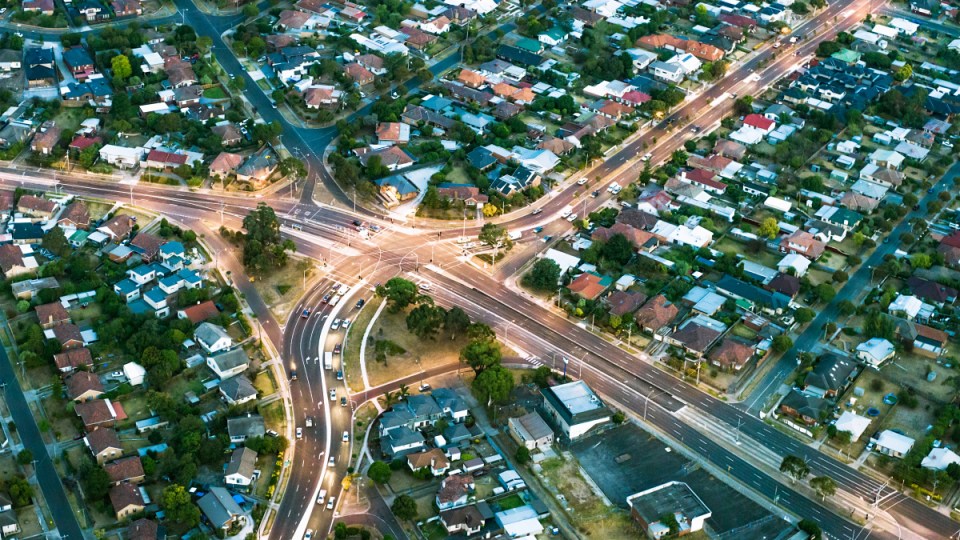 Road congestion could cost the Australian economy $38.8 billion a year by 2031 if infrastructure spending fails to keep up with population growth, a new report has found.

Governments and industry have started work on more than $123 billion worth of infrastructure projects since 2015 – but Infrastructure Australia says this historic level of spending must become “the new normal” if Australia is to maintain its high standard of living.

That’s because Australia’s population is expected to increase 23.6 per cent over the next 15 years to reach 31.4 million by 2034 – leading to overcrowding on public transport, longer wait times at hospitals and growing pressure on green spaces.

The growing pains will be most keenly felt in Sydney, Melbourne, Brisbane and Perth – where 77 per cent of Australia’s population growth over the next 15 years is projected to occur.

And a lack of skills will make it difficult to deliver the infrastructure these cities require, according to Peter Colacino, executive director of policy and research at Infrastructure Australia.

Mr Colacino told The New Daily the report underscored the need for high levels of infrastructure spending over the next 15 years.

But he said skills shortages – which were recently highlighted as a major problem in a survey by law firm Allens – and public intolerance of disruption meant Australia would find it difficult to meet this demand.

“We need communities to understand that elevated levels of activity need to occur, and to understand the outcomes that need to be delivered,” Mr Colacino said, referring to how community opposition had contributed to the delay, cancellation and mothballing of more than $20 billion of infrastructure projects over the past decade.

“We need industry to invest in skills and people and capacity.

“And we need governments to invest in planning and decision-making to ensure we can deliver the level of investment that Australia needs.”

Addressing Australia’s significant maintenance backlog should be high on the priority list of governments, Mr Colacino said, as fixing potholes and other similar projects was easy to roll out and offered disproportionately strong economic benefits.

Asked whether this underinvestment in maintenance was due to politicians’ preference for larger projects that could win over voters, Mr Colacino said he sees “that being the case”.

Recent history suggests governments have the capacity to ramp up their infrastructure spending too, according to IFM Investors chief economist Alex Joiner.

Mr Joiner told The New Daily the current peak of state government spending on infrastructure would equal 3.3 per cent of national GDP in 2019-2020, compared with a previous peak of 3.9 per cent in 2009-2010.

This suggested governments could spend more, Mr Joiner said. Although high levels of debt at the state government level meant the federal government had more leeway to increase their spending.

“State governments can’t really borrow more without putting their credit ratings in jeopardy … but one area I would argue there is capacity is to reintroduce asset recycling,” he said, referring to the scheme introduced by former treasurer Joe Hockey that gave state governments that sold public assets a 15 per cent top-up towards the cost of new, nationally significant infrastructure projects.

“Because there is a huge and willing pool of superannuation capital that is looking to find a home … and the idea of Australians’ retirement savings actually going into the productive capacity of its country is a very powerful story.”

The prospect of road congestion costing the economy $38.8 billion a year also means we should rethink how we organise our cities, EG Property & Urban Planning managing director Shane Geha told The New Daily.

Dr Geha said planners needed to move beyond the tradition of grouping together similar land uses, as this increased the number of journeys each Australian needed to make to and from work.

And he said cities needed to increase housing densities near train and light-rail stations to increase their take-up, and streamline their planning processes so that infrastructure projects could be rolled out more quickly to meet demand.

Infrastructure Australia’s report comes amid a growing clamour for greater investment in infrastructure, after RBA governor Philip Lowe conceded monetary policy could only do so much to revive the country’s sluggish economy.

Time wasted in traffic could soon cost the economy $38.8 billion a year