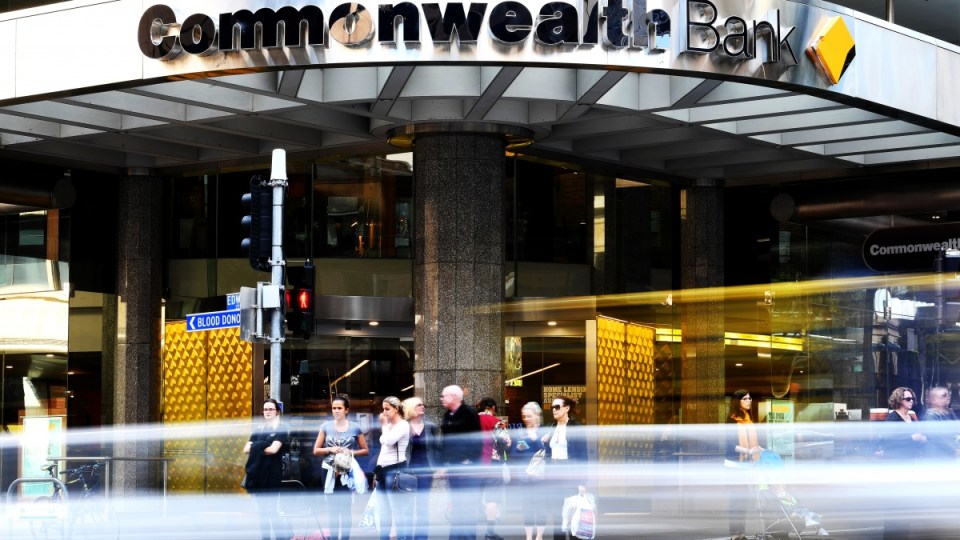 Commonwealth Bank (CBA) was hit by $1 billion in remediation payments to its wealth and banking customers, bringing the cumulative total for its misdeeds to $2.174 billion in the past two years.

It reported a full-year profit that was down 4.7 cent but still managed to make $8.49 billion despite the scandals.

Daniel Yu, analyst with Moody’s Investors Service, said the decline in profit was caused by “slower growth in lending, a moderating economy and customer remediation costs”. 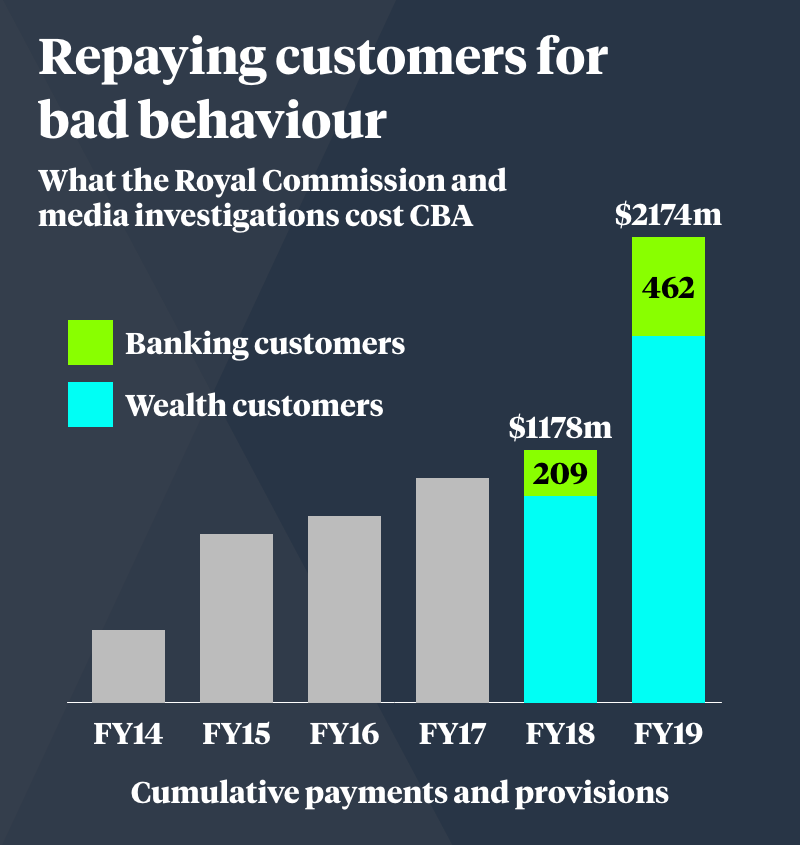 But the pain inflicted by the royal commission is yet to abate for CBA, with three class actions still hanging over its head.

One covers superannuation fund members put into low-interest products, while two more relate to shareholders who claim the bank engaged in misleading and deceptive conduct regarding a money laundering scandal that saw it pay $700 million in fines.

“The big question is how much the class actions will cost them in the future and there is no way of answering that. But we can say that this year there will be more customer remediation costs, but they will be lower than in 2018-19,” Mr Yu said.

AMP, which suffered so badly at the royal commission that its CEO Craig Meller and chair Catherine Brenner were forced to resign, is bleeding super customers.

The commission revealed that not only had AMP charged customers fees for no service, it had lied about it to the regulator more than 20 times.

Net inflows of $338 million in the six months to June 2018 turned to a negative $653 million for the same period this year.

That means that the people who are keeping their personal superannuation with AMP are older, pushing the net pension payments significantly higher and undermining its funds under management for which it receives fees.

Wealth not so attractive for AMP

AMP announced a $2.3 billion loss for the June half after a massive writedown on the value of its wealth management arm.

To repair the situation it raised $650 million in new capital on the stock exchange and launched a three-part restructure.

Frank Mirenzi, an analyst with Moody’s, said AMP’s loss of customers following the royal commission scandal would be problematic.

“Winning back trust is a very difficult thing and it’s hard to see how they could do that in the short term as it requires a lot of changes,” he said.

AMP has set aside $778 million to fund the cost of compensating its customers. It has provisioned a further $1 billion to $1.3 billion to fund its future restructuring of its wealth arm.

After the wealth management write-down is removed from the picture, AMP’s operating profit for the half was down 22 per cent to $309 million.

The troubled wealth management operating earnings were down 49.5 per cent to $103 million.