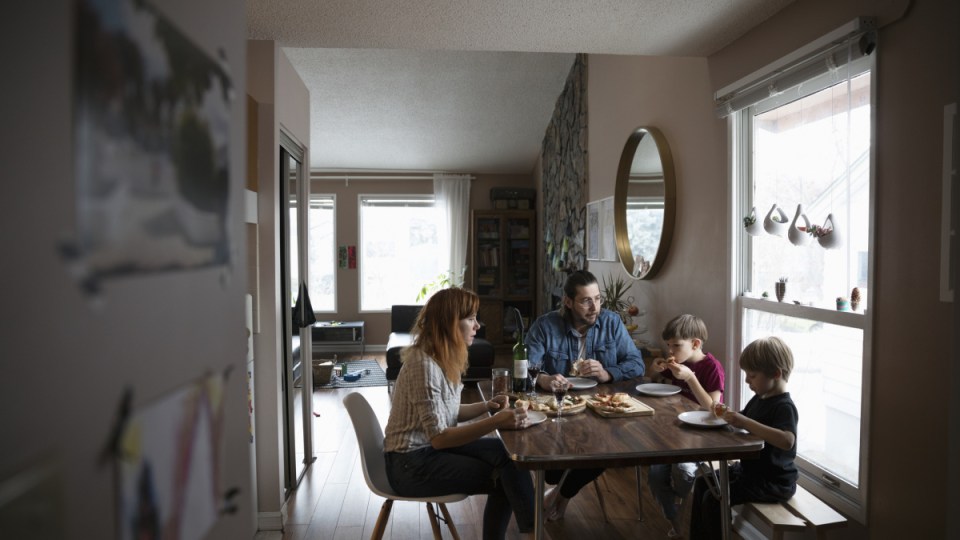 Australian household incomes have been flat or negative for the nine years to 2017, according to a landmark report.

The Melbourne Institute’s Household Income and Labour Dynamics (HILDA) report found household incomes have gone back in real terms as a result of flat wages.

While that is a minuscule income rise of 0.38 per cent a year, it overstates what most people earned because high-income households skew the figures. 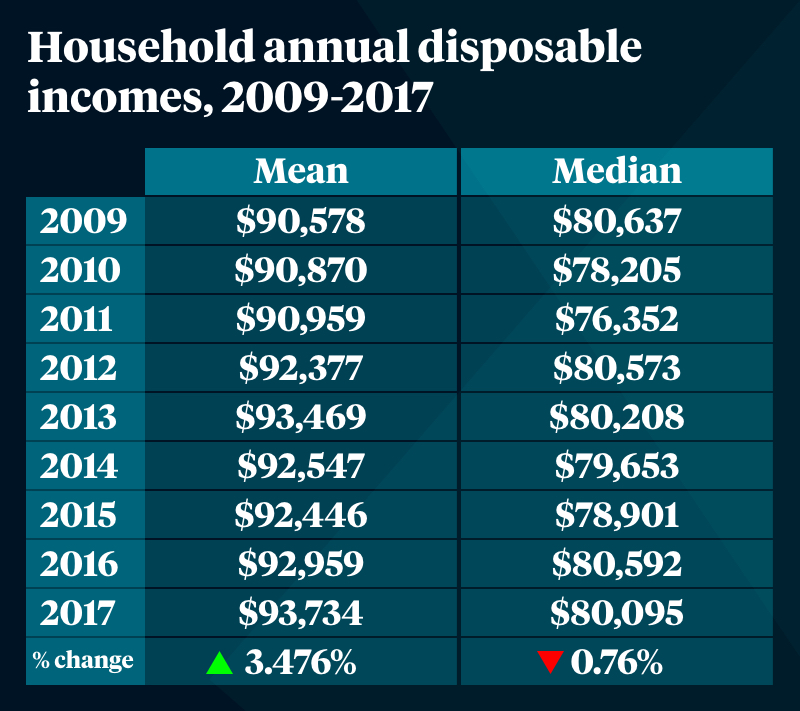 A better measure is the median income level, which is a line with half all households above and half below.

That represents a decline of 0.76 per cent.

The results compare starkly with the eight years prior to 2001 when the mean income rose 27 per cent and the median income rose 31 per cent.

A spokesperson for the Australian Council of Social Service (ACOSS) said flat household incomes appear to be driven by low wage growth in recent years.

Author of the HILDA survey, Roger Wilkins, said the fact that the mean income level had risen more than the median showed that high-income earners were doing better than the average.

“The income rises must be at the very top because the top quintile [the top 20 per cent of income earners] did not move much, so it must be the top 1 per cent that is going up. ATO data shows something similar,” Professor Wilkins said.

Another indication that the movement in incomes is only being experienced by the top income earners is the Gini coefficient, which measures the level of inequality in the community. A rising number means inequality is growing and that is what’s demonstrated in the chart below produced by HILDA. 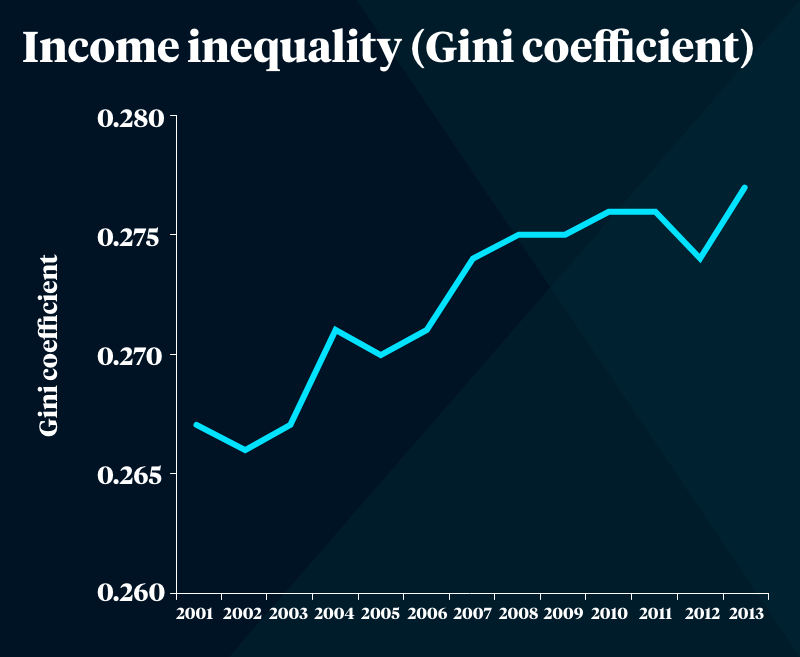 “The graph measures income in five-year intervals to smooth the effects of fluctuations. It shows that income inequality has been rising over this century but not by all that much,” Professor Wilkins said.

“The Gini coefficient also tells us that income levels are more entrenched, meaning that people’s relative income positions are not rising and falling much.”

One positive aspect of HILDA’s findings was that poverty levels were declining, especially since a peak during the global financial crisis.

However, Professor Wilkins said in “in the last two years it has edged up a bit. The poverty line used in the survey was $18,500 in current prices, which is slightly above the maximum Newstart level of $17,500 with maximum rental assistance.”

Households are struggling with declining incomes due to flat wages