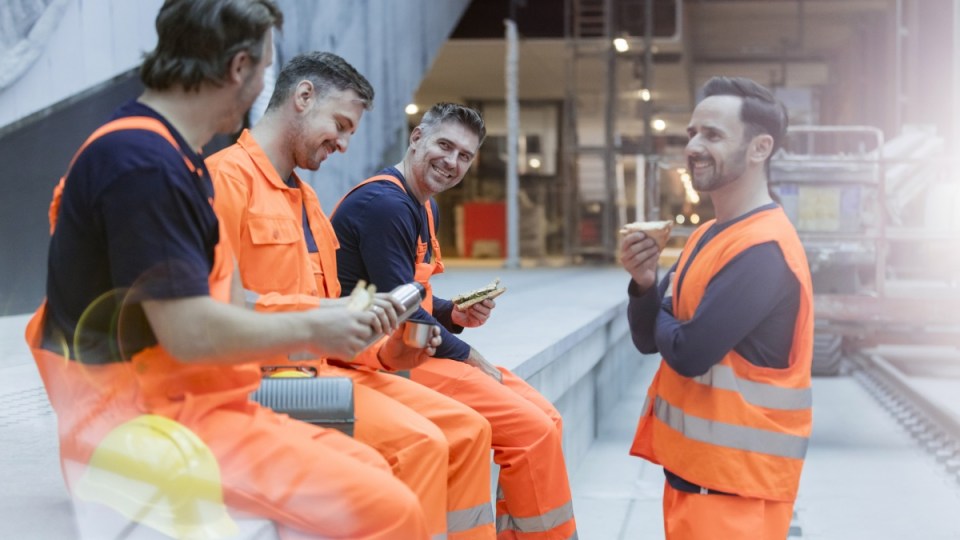 The average worker can’t get a pay rise because their manager simply won’t give it to them – 'my hands are tied by the boss upstairs'. Photo: Getty

More accurately, after all the learned, carefully researched and mathematically-modelled papers and discussion, the central bankers, academics and industry representatives still didn’t have a clue why Australians’ real wages keep going backwards.

That’s not surprising as, judging by the papers released on Friday, the conference seems to have been largely divorced from the real world.

Loads of data, heaps of theory, but precious little grasp of the reality.

Only in general discussion in the final session did some participants get close to the central fact: Business and much of government is conducting a determined campaign to reduce real wages.

Businesses – from the small to the nation’s biggest – have massive financial incentives to hold the line of only offering wage increases of about the inflation rate, or preferably less.

And given the impact of the tax and transfer system, a CPI pre-wage rise means an after-tax real wage fall.

CEOs and CFOs receive fat bonuses for cost suppression. Shareholders want increased dividends from higher profits and care not if the wages share of the company’s profits fall. The stockmarket applauds every round of cost cutting.

That’s become the norm in the nation’s boardrooms. Without any formal collusion, the directors’ club understands perfectly well that its members benefit from everyone more or less holding the “2 per cent” line.

The average worker can’t get a real pay rise because their manager simply won’t give it to them – “my hands are tied by the boss upstairs”.

Many small-to-medium enterprises are themselves squeezed by the cost-cutting drive of their major customers.

The hyper-competitive nature of our economy, everything effectively up for constant tender, is driving the power to the top.

And then there is the impact of governments imposing their wage freezes, with the RBA itself a prime example. For all that the central bankers want to see bigger wage increases, the federal government has limited the increase in the RBA wages bill to 2 per cent.

In the record of the conference’s wrap-up discussion, it looks like someone at least understood that: “The role of the public sector in setting wage norms was raised by a panellist. The freezes to public-sector wages was hypothesised as a powerful influence in driving down wage norms.”

The federal government wage freeze was given as a possible example of how labour’s bargaining power has diminished.

One paragraph in the summary nearly acknowledged the private-sector wage strike: “The role of ‘wage norms’ was also cited as a key suspect in solving the wage slowdown mystery. One participant highlighted that businesses appear to give conflicting messages. On the one hand they have trouble attracting workers in a tight labour market, yet on the other hand they refuse to pay more to attract workers.”

“This dynamic has driven down wage norms. It was also noted that foreign competition and uncertainty surrounding technology are often cited by businesses as barriers to raising wages.”

But no mention of businesses freezing real wages simply because they can. With workers’ lack of bargaining power, “wage norms” is a euphemism for a very convenient, common stance.

One of the conference papers – big on data, short on real-world experience – purported to show the decline in union membership has had no impact on bargaining power but not everyone was buying it.

The core of the falling-union-membership-doesn’t-matter paper was that union involvement in enterprise-bargaining agreements (EBA) has remained about the same level, despite only about 15 per cent of wage earners being members of a union. (Private-sector union membership is more like 9 per cent – there are more private contractors than union member full-time workers in the private sector.)

The reality of a union negotiating an EBA for a workforce with only a handful of members is that the union has no bargaining power. A heavily unionised workforce provides mettle at the negotiating table.

And there’s the unmeasured reality of the nature of the individual union. The CFMMEU and ETU, for example, bring considerably more heft and militancy to a negotiation than other unions.

There is a broader social weakening of organised labour as well – something that doesn’t translate into data sets.

The diving membership reflects decades of anti-union rhetoric and the lack of performance by some unions, younger workers in particular seeing no value in paying membership fees when they can free ride on union-argued award cases and EBAs, in any case.

Management generally has worked hard on gently undermining unionism, suggesting one way or another that there’s no need for it.

Unions continue to turn up at the Fair Work Commission to argue for increases, but the FWC decisions only flow on to 20 per cent of the workforce. That partly explains why three years of minimum wage verdicts considerably better than the inflation rate have barely registered on the wage-price index.

With the federal government doing the best it can to suppress wages, and the combination of higher underemployment and rising unemployment meaning many more workers than jobs, the conference goers only know that weak wages growth is continuing.