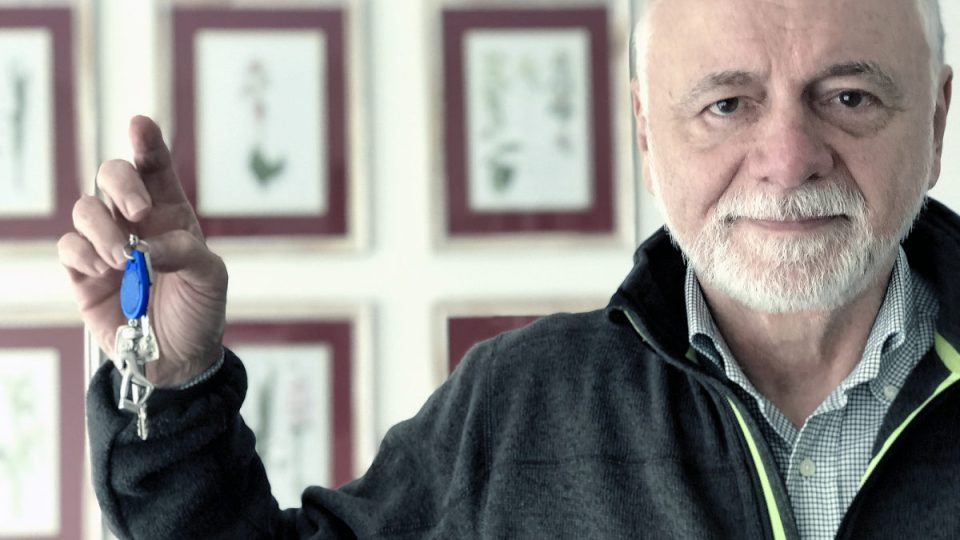 Scott Morrison’s “$800 pension bonus” has been branded a slap in the face for retirees after it emerged only seniors who don’t own a family home have any chance of securing the full amount.

The changes to pensioners’ deeming rates used to determine investment income for the asset test was billed as a “pension bonus” worth up to $804 for singles and $1053 for couples.

However, the vast majority of aged pensioners – 75 per cent – will get nothing from the changes to the deeming rate because they don’t have investments in super, shares or bank deposits.

The New Daily has confirmed that only seniors who do not own a family home will qualify for the maximum amount of $804 or $30 a fortnight.

National Seniors advocate Ian Henschke said the outcome was far less than retirees had hoped for and won’t help women who are less likely to have super or invest in the stockmarket.

“We will campaign on this all the way to the next election,” he warned.

It will cost $600 million over the next four years, but is substantially less than the cost of reducing the deeming rate to realign it closer with the cash interest rate as it was in the Howard government years.

“The lower deeming rate will decrease from 1.75 per cent to 1.0 per cent for financial investments up to $51,800 for single pensioners and $86,200 for pensioner couples,” Social Services Minister Anne Ruston said.

“The upper deeming rate will be cut from 3.25 per cent to 3.0 per cent for balances over these amounts,” Ms Ruston said.

“It will mean more money in the pockets of older Australians. Under the new rates age pensioners whose income is assessed using deeming will receive up to $40.50 a fortnight for couples, $1053 extra a year, and $31 a fortnight for singles, $804 a year.”

The deeming rules are used to work out income from retirees’ financial assets for the purposes of an asset test.

If retirees’ actual investment income is higher than the “deemed” amounts, the extra amount doesn’t count as income.

But if retirees have money in term deposits that is earning less than the “deemed” rate of return, the government assumes they are securing the deemed amount and their pension can be reduced accordingly.

Under the existing rules, pensioners can earn up to $174 a fortnight before their government payments are reduced with income from financial investments included in the pension income test.

Deputy opposition leader Richard Marles said on Sunday the changes were too little, too late.

“This is far too little, far too late. I think pensioners today can feel like this decision is a slap in their face. This is a government which is trying to balance the books on the back of pensioners.”

.@RichardMarlesMP on deeming rate changes: This is simply not enough. Pensioners today will feel short-changed. We’ve seen five reductions in the cash rate since the deeming rate was last changed back in 2015.

Treasurer Josh Frydenberg defended the changes as reflecting the fact some retirees are getting higher rates of return than bank deposits.

“We’re strengthening the arm of around one million welfare recipients,” he told ABC’s Insiders program on Sunday.

“So it applies to bank deposits and a term deposit, could be at 1.75 per cent today, but it could apply to superannuation returns, and that’s averaging around 5.5 per cent — or to yields on ASX 200 stocks, which are averaging about 4.5 per cent.”

The changes to deeming rate will deliver a better deal for more than 600,000 aged pensioners and 350,000 welfare recipients on other payments including the disability support pension, parent payments and Newstart recipients with investments.

The boost will arrive from the end of September, at the same time as the regular indexation of the pension.

What can I own while still securing a full pension?

To secure the full pension, a single pensioner who owns their home can have investment assets – including super and bank deposits – worth up to $263,250 and still claim a full pension.

The full pension is also currently available to home owner couples with combined assets worth $394,400 or less in super, investments or bank deposits. 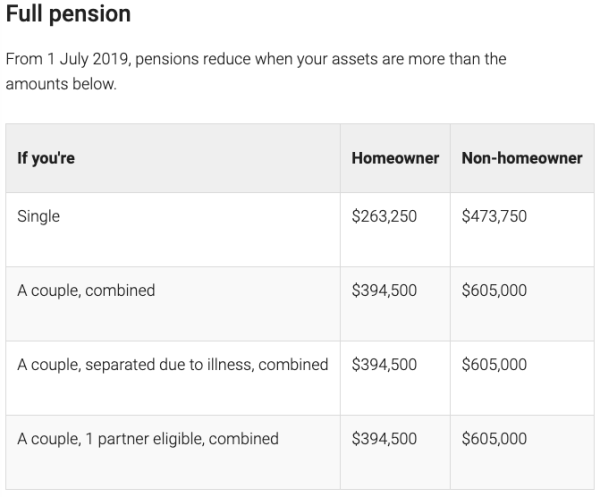 But for each $1000 worth of assets you have above the full pension threshold, your fortnightly pension payment is cut by $3 – the new taper rate. The previous taper rate was $1.50 per $1000.

Superannuation is included in the asset test [along with assets such as property, cars, boats, caravans and household contents] but the family home is excluded.

‘Slap in the face’: Home owners miss out on full benefit of deeming rate change