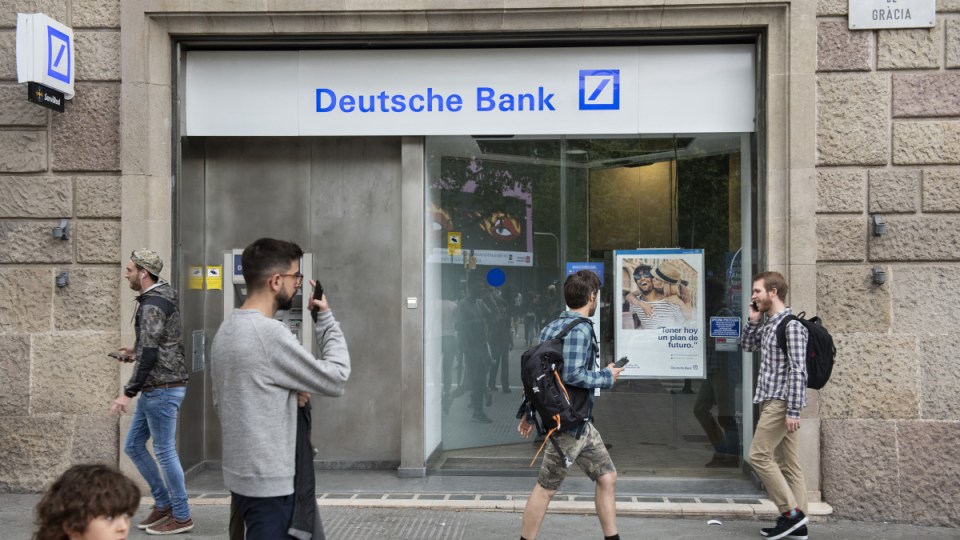 Deutsche Bank has confirmed it’s winding down its Australian equities division as part of a global restructure but is yet to comment on overall job losses across local operations.

The German lender announced overnight it would cut 18,000 staff worldwide as well as scrap its global equities business and scale back its investment bank in a broad, $11.9 billion restructure.

The bank was meeting its Australian staff on Monday to discuss how the firm’s global downsizing plan would affect its local presence.

Deutsche confirmed its Australian equities division would wind down as part of plans to scrap its global equities business.

The bank on Sunday also announced plans to scale back its investment bank and cut some of its fixed-income operations as part of its bid to cut total costs by a quarter by 2022.

“This is a restart for Deutsche Bank – for the long-term benefit of our clients, employees, investors and society,” chief executive Christian Sewing said.

The Australian Financial Review had already flagged the bank’s Australian equities research, sales trading, derivatives and equity capital markets would likely close, and that the investment banking team was also bracing for a reduction in numbers.

Deutsche will also set up a so-called “bad bank” to wind down unwanted assets, with a value of €74 billion ($119 billion) of risk-weighted assets.

Deutsche Bank has been operating in Australia since 1973, with offices in Sydney, Melbourne and Perth.

Deutsche’s website says its Sydney office has 700 people and is one of its four hubs, including Hong Kong, Singapore and Tokyo, in the Asia-Pacific region.