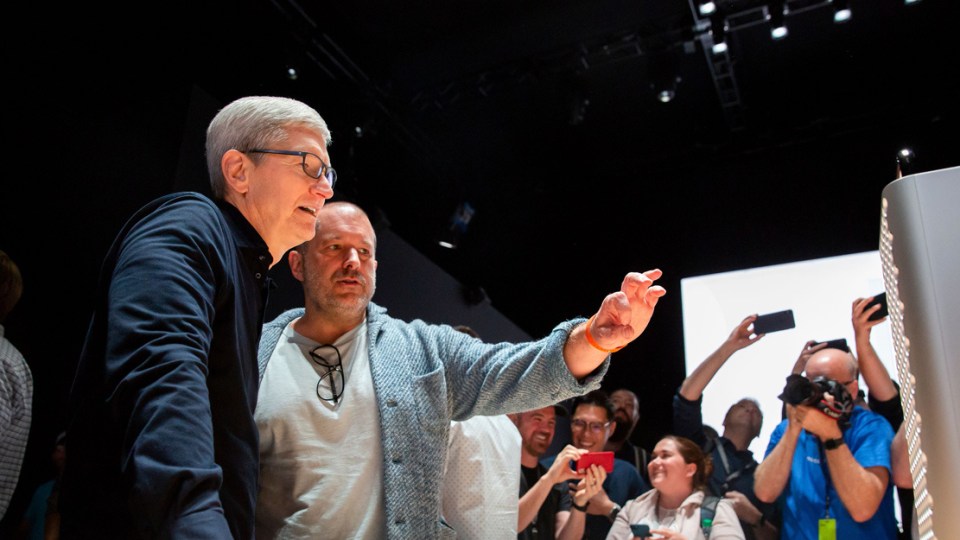 More than $10 billion has been wiped off Apple’s value after the technology giant’s superstar designer announced he will leave the company later this year.

Jony Ive, the designer of the iMac, iPod and iPhone, will quit Apple later in 2019 to head his own design firm – an announcement that caused carnage on stock markets.

The drop translates to about $US9 billion ($12.84 billion) wiped from Apple’s value in a matter of minutes.

Mr Ive is more formally known as Sir Jonathan – he is a Briton who was knighted by the Queen in 2012 for his services to design and enterprise.

Mr Ive joined Apple in 1992 and was a key collaborator with founder Steve Jobs. He became chief design officer in 2015.

In all, Mr Ive has spent nearly three decades at Apple, playing a leading role in the design of the candy-coloured iMacs – which helped the tech darling re-emerge from near death in the 1990s.

He was also a major influencer of the iPod and the iPhone, which is regarded by many business experts as one of the most successful consumer products of all time.

“Jony is a singular figure in the design world and his role in Apple’s revival cannot be overstated,” Apple chief executive Tim Cook said.

Ive’s new company will be called LoveFrom, the Financial Times reported. Its first client will be Apple, and Ive will continue to work on Apple wearable technology and healthcare, as well as unspecified “personal passions”.

“This just seems like a natural and gentle time to make this change,” Ive told the BBC.

Many Apple loyalists were upset to hear the man partially responsible for the iPhone will be leaving.

Mr Ive has overseen Apple’s hardware and software design since 2012.

The roles were previously separate, and will be split again when he leaves: Apple said on Thursday that design team leader Evans Hankey would take over as vice president of industrial design, while Alan Dye will become vice president of human interface design.

Despite their 2018 high, shares in Apple slid rapidly between October 2018 and January this year. They fell almost 40 per cent in the last three months of 2018 alone.

However, the business’ fortunes turned in January. Shares are up by about 25 per cent following successful product launches, including the surprise Apple Card credit card.