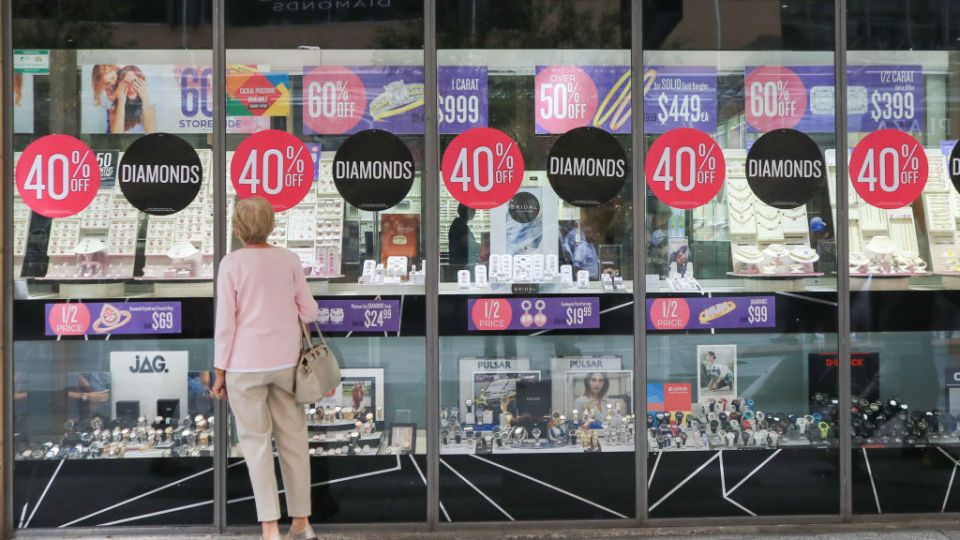 Evidence is emerging that a growing wave of businesses are going to the wall as the end of the financial year approaches.

Private debt collectors dealing directly with businesses struggling to pay their suppliers have told the ABC’s PM program their work load has “spiked” in recent weeks.

In New South Wales alone, the ABC understands the numbers of business getting a knock on the door from debt collectors is in the thousands.

Nationwide, according to Australian Securities and Investments Commission, the number of companies entering external administration increased by a staggering 11.2 per cent last year.

Economists agree that businesses in the retail sector are reeling.

National Australia Bank surveys hundreds of businesses every month to track how they are progressing.

The bank’s chief economist Alan Oster compares conditions in department stores and shopping malls to those experienced during the depths of the global financial crisis in Australia.

He said demand for items like perfume, jewellery and entertainment are suffering through recessionary conditions.

“In our business survey we’re getting readings that are basically as bad, if not worse, than the bottom of the GFC,” he said.

“I think retail has got really tough conditions.”

Consumers struggling with low wage rises and concerns about job security have kept their wallets shut, with retail turnover falling 0.1 per cent over the month.

“I think generally people think the economy is still travelling OK, and I think overall it is, but it’s very much driven by essentially public sector demand and exports, particularly in LNG,” Mr Oster said.

“I think it’s just an issue that people and businesses are feeling under stress. They worry about their margins, and it’s tough times out there.”

She is the director of debt collection company, Accelerated Collection Services.

“Every time we open a file it’s a [failing] business,” Ms Ferlauto said.

“If they’re not trading, let me tell you, they go down real quick.”

She said her firm’s workload had spiked in recent weeks.

“This week I’ve already noticed inquiries have come up,” she said.

“Old clients are coming back, and it must be because it’s the end of the financial year. People are starting to get concerned about cash flow, so I can just see a spike happening already.

“I can tell you it’s definitely on the increase.”

Peter Strong from the Council of Small Business Organisations of Australia (COSBOA) said the increase in the number of companies failing is concerning.

He pointed to a number of different factors that could be hurting business.

“Certainly the lack of confidence before the election may be a contributing factor, so let’s see what the figures are like in another month’s time,” he said.

The Reserve Bank has indicated it is looking very keenly at the unemployment rate.

The RBA said it wants to see the jobless rate fall because that will mean more Australians are in work, pushing wages up and increasing their ability to spend money at shops and malls around the country.

“Well if business are struggling that means they won’t be employing anybody [new],” he said.

“It’ll either be retrenching people, [laying] them off altogether or cutting their hours back.”

NAB expects the unemployment rate will rise further, based on weak conditions in the retail sector.

‘Little or no bounce back’ in retail conditions

On Wednesday NAB released its Cashless Retail Sales Index for May.

The index measures all cashless retail spending by NAB customers using debit and credit cards (both in person and online), BPAY and Paypal.

The NAB Cashless Retail Sales Index increased by 0.5 per cent in May, from April.

“Compared to a year ago the index was up 6.3 per cent, which is still well down on the 10 per cent-plus annual growth rates seen last year,” the bank’s economists noted.

“The expected growth in ABS retail trade of 0.2 per cent is only modest, which is disappointing as it indicates that there was little or no bounce back from April’s disappointing result.

“Beyond this period we expect a continuation of below-trend [GDP] growth and as a result the unemployment rate is expected to rise, reaching around 5.5 per cent by 2021.”

COSBOA said it was watching conditions in the retail sector, and the economy, very carefully.

“If the figures show that it’s going to get worse, then the government and other [policymakers] need to react quite quickly,” Mr Strong said.

Businesses struggle as retail ‘worse than the GFC’