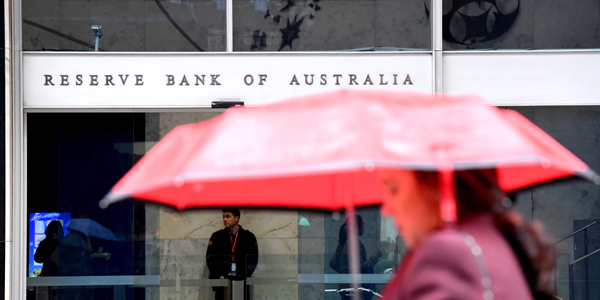 “At the end of the day, monetary policy can’t be the engine of growth in the economy,” said the Reserve Bank’s Philip Lowe.

“We can help smooth out the fluctuations. We can’t in the end drive the overall growth in the economy.”

But in the end, after nearly three years of unchanged monetary policy and five years of asking the federal government to help, it has fallen to the RBA to attempt to do just that: Drive the overall growth in the economy with cheap money.

With rates already at record lows, the RBA knows trimming a little more won’t do much, but it’s all it can do.

At least one further cut (as good as promised by the governor last night) and maybe two are factored into expectations, yet the RBA’s own forecasts predict miserable growth in consumption and no reduction in the unemployment rate until 2021 – a time far enough away for any forecast to be moot.

The opening quote was not from Dr Lowe’s post-board meeting statement, but from a passionate plea he made to the House of Representatives economics committee in 2014.

Nothing much has changed since then, other than his promotion and different Liberal prime ministers.

Last month he made a similar plea, but more briefly, and in a much more resigned manner in a single paragraph at the end of a lengthy speech.

“In the event that the unemployment rate does not move lower with current policy settings, there are a number of options,” he said on May 21.

“These include: further monetary easing; additional fiscal support, including through spending on infrastructure; and structural policies that support firms expanding, investing and employing people. Relying on just one type of policy has limitations, so each of these is worth thinking about.”

Nudge-nudge, wink-wink – please stop relying on monetary policy. But that’s about all the federal government is doing.

And he gave it another push in a speech on Tuesday night: “There are certain downsides from relying just on monetary policy and there are limitations on what, realistically, can be achieved. So, as a country, we should also be looking at other options to reduce unemployment.

“One option is for fiscal support, including through spending on infrastructure. This spending not only adds to demand in the economy, but it also adds to the economy’s productive capacity. So it works on both the demand and supply side.

“All three options are worth thinking about. From my perspective, the best option is the third one – structural policies that support firms expanding, investing, innovating and employing people.

“A strong dynamic business sector is the best way of creating jobs. Structural policies not only help with job creation, but they can also help drive the productivity growth that is the main source of improvement in our living standards. So, as a country, it is important that we keep focused on this.”

No, nothing much has changed since August 2014, when Dr Lowe was introduced by the then-governor, Glenn Stevens, as having “very strong views” on what was needed to get Australia going.

Dr Lowe was blunt about monetary policy’s limitations and went beyond the RBA’s remit to advise the politicians what could drive overall growth: “It’s clearly structural issues that do that … Australia is going to be a high wages, high productivity, high-value added economy – that’s where we want to be. That’s where we could be. That’s where we should be.

“So I think it’s somehow enlivening the entrepreneurial and risk-taking culture, innovation culture, so that we can be the type of country that has high value-added, high wages and high productivity. I think culture’s important.

“In my perspective, I think our society is becoming too risk adverse (sic). The way we think about risk has got distorted and we’re not paying enough attention to returns and we’re paying too much attention to risk.

“But the details here aren’t things the central bank are expert in, but they’re the ingredients to be a successful economy in the next 20 years.”

Five years later, it looks like the federal government isn’t expert in those details either.

Oh, there’s rhetoric about a “strong economy” and a “growth plan”, but it doesn’t exist beyond an ideological commitment to flattening our progressive income tax scale. “Trickle-down economics” has not been shown to work.

Thus we’re stuck with relying on monetary policy which the RBA has just told us not to do.

Governor Lowe was trying to put optimistic spin on the outlook last night, talking up confidence by sticking with forecasts that everything was about to come good – forecasts that have been wrong more often than right in recent years.

To underline the point that all is not well with the economy, the Australian Bureau of Statistics released its April retail sales count while the RBA board was meeting yesterday.

The figures weren’t as bad as the NAB’s cashless sales survey had been predicting, but seasonally adjusted retail sales still shrank by 0.1 per cent in April and the trend series has been stuck on 0.2 per cent for nine months straight.

That means retail spending isn’t keeping up with inflation and population growth. It comes after a March quarter in which the volume of retail goods sold actually went backwards. There were more of us, but we bought less stuff.

And on cue with the RBA governor’s message, the Productivity Commission released its annual bulletin with a sharp observation about our “sluggish” productivity growth: “The current weakness in labour productivity can be partly attributed to a marked slowdown in investment in capital – so much so that the ratio of capital to labour has fallen – ‘capital shallowing’.

“This is troubling because investment typically embodies new technologies which complement people’s skill development and innovation. This is especially so for investment in research and development, where capital stocks are now falling.”

The PC also noted that real consumer wage growth had been low from 2011-12 and was now the lowest since the mid-1980s.

“A puzzling gap has opened between labour productivity and real wage growth,” pondered the PC.

Combining those two points, it looks like business is locked in an investment and wages go-slow, if not an all-out strike.

Dr Lowe’s warning about becoming too risk-averse has come home to roost. And all we’re left with is slightly cheaper money that he has told us won’t do the job.