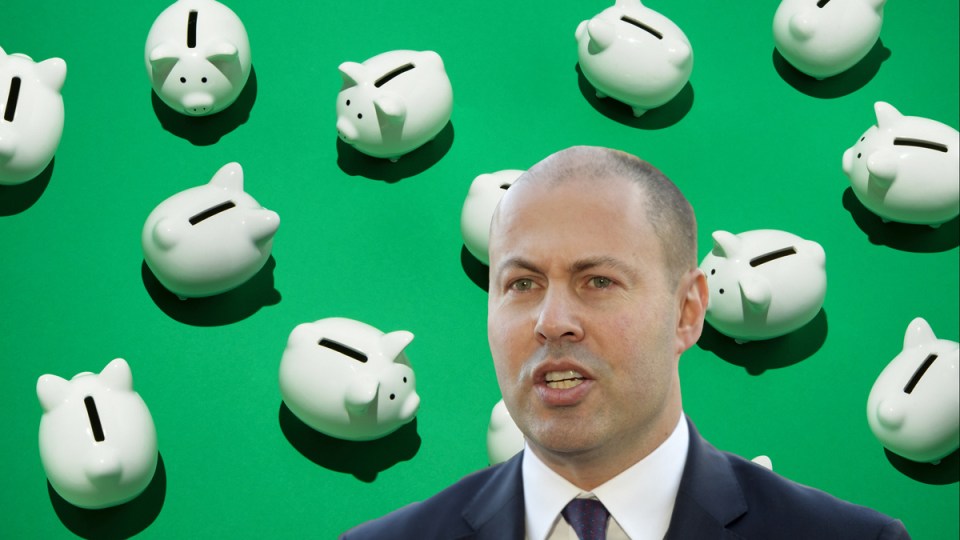 The terms of reference for Treasurer Josh Frydenberg's retirement income review will be difficult to outline. Photo: Getty
analysis

If Treasurer Josh Frydenberg wants a genuine “review of the retirement income system”, the little matter of franking credit refunds will have to be back on the table – and that would be only one of the political challenges.

If nothing else, the government’s campaign against Labor’s election policy provided massive publicity for franking credit refunds.

There’s anecdotal evidence that more people are now going in search of those refunds, blowing out the $11 billion the refunds will be costing the budget soon enough.

That ballooning cost would need to be part of any non-phoney retirement income review.

How unrestrained the terms of such a review are will be a quick test of the integrity of the Treasurer and government.

An honest review for the betterment of the nation, or a sham for petty party-political ends – it’s up to Mr Frydenberg. Perhaps I’m a little cynical, but I don’t like the chances of the former getting up. It would require courage and genuine leadership.

On one hand, a genuine review would open a Pandora’s box of politically difficult issues for both major parties.

On the other, a carefully limited inquiry could be “guided” to continue the Liberal Party’s obsession with attacking industry super funds.

The interaction of our tax, social welfare and superannuation systems is fiendishly complex. Expert guidance is required for the individual to navigate it for maximum benefit – a reality that has spawned a rich and growing industry for “arranging affairs”.

Unscrambling the mess would be difficult even without the inevitable politics.

The odds of the Liberal Party allowing a review of retirement incomes to get into the cost of franking credit refunds? Very long – and that’s not the most difficult part.

A bigger problem for any government is what was behind the original recommendation from the Productivity Commission for holding an inquiry: The suspicion that our overall superannuation system is too generous with the numerous tax concessions not delivering value for the nation. Sacrilege.

The terms of reference the government gave the PC precluded it getting into that bigger question – the government was more interested in ammunition for attacking those annoyingly successful industry funds – but there remained an undercurrent of suspicion about what compulsory super was achieving compared with its cost.

I’d offer very short odds that a new inquiry set up by this government with PC guidance would at least recommend no increase in the present level of compulsory super.

At the other end of the scale, the wealthy have never needed the extremely generous superannuation tax concessions to provide for their retirement years – investing and getting wealthier is what being wealthy is about, what the wealthy are most able to do.

And the biggest and most obvious problem with our superannuation system is right at its core, a folly that allows the franking credit refund issue to become a growing problem: Making superannuation payouts tax-free.

It’s that last break, delivered by Peter Costello in 2006, that blew restraint off the superannuation system, seeding serious problems for future treasurers’ budgets by creating “the world’s most generous tax haven”, as it was a little sheepishly described to me by a now-retired tax partner.

So obscene was Costello’s largesse, that then-treasurer Scott Morrison had to set an upper limit for the tax-free element in 2016.

Assuming a conservative five per cent dividend yield, that limit still allows a retired couple with the limits introduced to have $3.2 million in super and receive a tax-free income, including franking refunds, of $228,000 a year without touching their capital.

That is simply crazy. There is no logical reason for allowing someone to pay no tax on very substantial investment income just because they were born before 1954.

To put the money in perspective, to receive $228,000 after tax, an individual would need a taxable income approaching $400,000 a year – putting them in the top one per cent of earners.

For those fortunate enough to be seriously rich and able to stash much more into superannuation before Treasurer Morrison imposed the $1.6 million limit, earnings on the millions above the $1.6 million cap are still taxed at a concessional rate.

There is something seriously wrong with our commitment to responsible means testing of tax expenditures when such wealth continues to be subsidised.

Leaving aside the reduced-but-still-generous limits on tax-free super, it would make much more sense to make earnings within the super fund tax free, helping build up savings for retirement, and then tax payments from super like all other income.

Our progressive income tax system would be able to do what it’s supposed to do, instead of being thwarted by massive largesse for the relatively well-off.

It would be a difficult egg to unscramble – the rich would revolt, the superannuation industry would scream blue murder, but it could be done, at least if it was grandfathered.

But I suspect Josh Frydenberg wouldn’t want to hold an inquiry that might come up with such a bold recommendation.