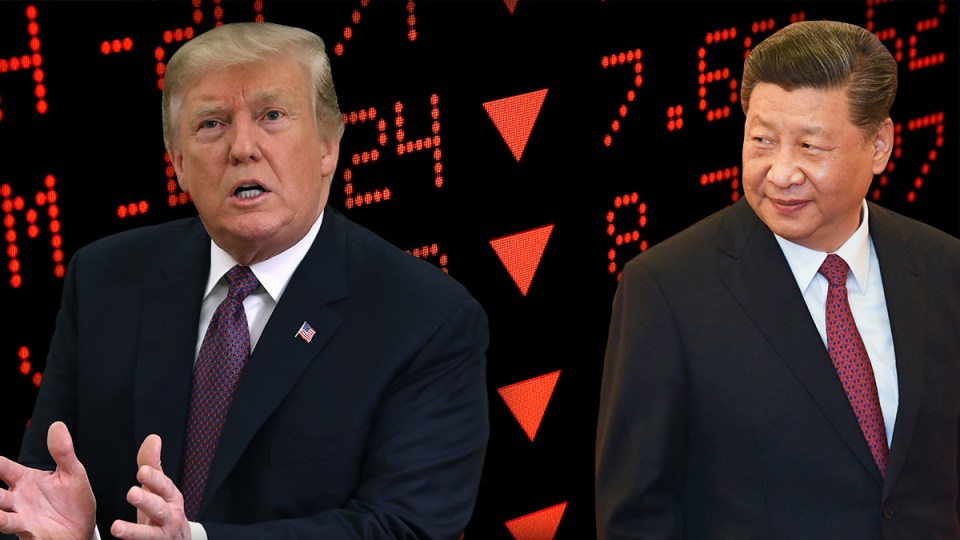 Neither China nor the US look set to fold as the trade war escalates. Photo: The New Daily

In the tit-for-tat trade war between China and the United States, the Chinese hold a secret weapon that could see them emerge victorious.

And if it doesn’t, it could make Australia an unlikely winner out of the conflict.

Since US President Donald Trump first rattled the sabre over tariffs on Chinese goods into the US, his administration has threatened several times to extend those tariffs to the importation of Chinese rare earth metals.

Rare earth metals are a group of 17 key elements used in the production of smart phones, electric vehicles and computer chips, among many other things.

But Mr Trump has so far not carried through with the threat on raw rare earth metals, but has increased the tariff on processed product from 10 to 25 per cent by June.

And what China exports to the US as raw materials, returns in the form of computer chips on which China is heavily reliant for the manufacture of technology products.

It’s a hugely interdependent trade relationship, evidenced by China last year importing more than $US300 billion ($436 billion) worth of computer chips, according to The New York Times.

So was it just a coincidence that China President Xi Jinping staged a picture opportunity at a rare earth mine this week? Was he firing a quiet shot past the bows of the US?

China’s foreign ministry spokesman Lu Kang downplayed the visit, saying it was common for state leaders to go on such site inspections and that the world shouldn’t “overthink” it.

It does, though, seem to be extraordinary timing, coming just as the two nations lob hand grenades in a trade war that has the world looking on nervously.

Prices surge on back of commodities conflict

The stoush over rare metals, and the ensuing uncertainty, have seen their prices soar in the past week.

Commonwealth Bank’s commodities strategist Vivek Dhar told The New Daily that while nothing concrete has happened yet, the markets certainly think something is afoot.

“Definitely it looks like things are heating up … it’s absolutely looking like a flashpoint … as far as the markets are concerned,” Mr Dhar said.

Mr Dhar said China rare metals prices have lifted 15 per cent since May 15, while the South China Morning Post reported that a bundle of 38 Chinese companies linked to rare earths rose 6.7 per cent on Tuesday. Shares in Chinese company JL MAG Rare Earth Co started the week at 23 yuan and was at 33.69 yuan by 5pm AEST.

And if China and the US fail to settle their differences, the dispute could play out well for Australia, which accounts for 2.8 per cent of world’s economic rare earth resources.

Australian rare earth producer Lynas is one company that stands to benefit. Its share price started the week at $1.98, and was at $2.44 at the close on Thursday.

Mr Dhar said the current trade war could highlight China’s unhealthy dominance in the rare earth market and prompt some countries to look to other suppliers to diversify the sources of supply.

As for the stand-off between the two interdependent players, China and the US, Mr Dhar said there were unlikely to be any winners.

“Where you have such an interdependence in the supply chain as this one, it’s bad for everyone.”