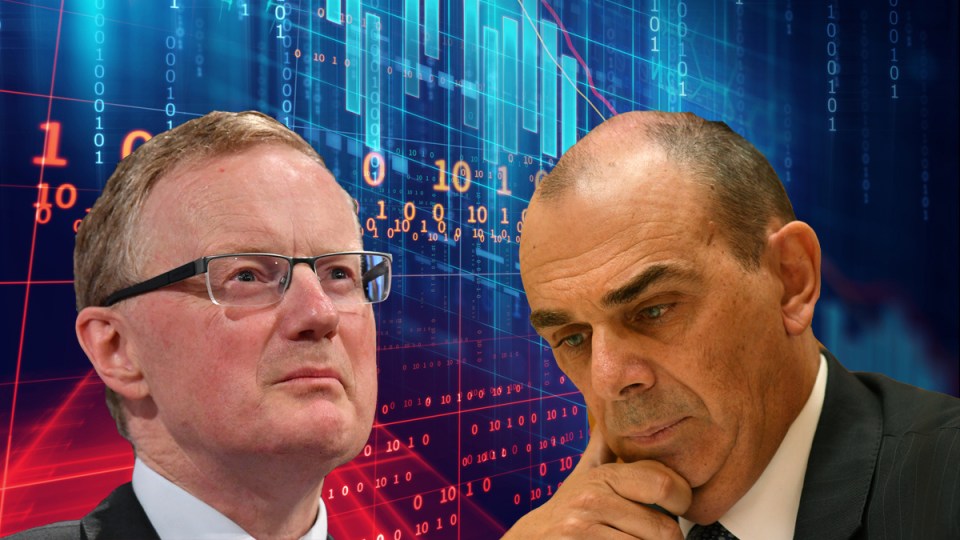 Recent comments from the heads of both the RBA and APRA say a lot about Australia's economy. Photo: The New Daily
analysis

The online Australian Financial Review offered a headline that surprised with its naivety on Tuesday afternoon: How good are the RBA’s rate cuts! 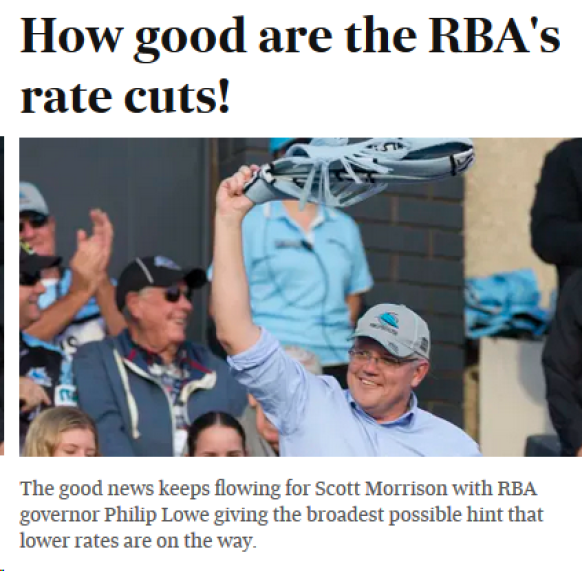 Instead, they are a declaration that the Australian economy is in trouble and that six years of Coalition government has failed to avert the danger ahead. What’s more, it signals that there is no adequate government policy on the horizon to deal with our challenges.

With little beyond a now-delayed tax cut on offer from the government, the Reserve Bank (RBA) and the Australian Prudential Regulation Authority (APRA) are flicking to switch to housing market stimulation.

A few hours before the RBA waved the rate-cut white flag, APRA signalled it will cut the serviceability hurdle rate it imposed for home loans by as much as a full percentage point or so, depending on the particular loan.

And then RBA governor Philip Lowe yesterday effectively promised a rate cut next month in a speech that would be an embarrassment for at least his three immediate predecessors.

Dr Lowe pretty much admitted that the cash rate should have been cut at this month’s meeting and that the RBA didn’t have a clue about what was happening with the economy. With the disclosure of the RBA board minutes and today’s speech, it is all the greater mystery why rates weren’t cut on May 7.

Our central bank is operating more in hope than in prescience.

We have been fortunate to have a rich tradition of RBA governors delivering considered, intellectually rigorous speeches that provided the gold standard for our economic debate. Our central bank’s culture, independence, service ethic and collective talent has served the country well.

Four years ago in his first speech after Joe Hockey’s budget, then RBA governor Glenn Stevens damned that budget with faint praise and offered a firm guide to what the government might do to help, a guide I’ve quoted at length in this space before.

Yesterday, after talking at length about uncertainty and placing great faith in the text books that have been failing for several years, Dr Lowe offered a one-paragraph suggestion:

“In the event that the unemployment rate does not move lower with current policy settings, there are a number of options. These include: further monetary easing; additional fiscal support, including through spending on infrastructure; and structural policies that support firms expanding, investing and employing people. Relying on just one type of policy has limitations, so each of these is worth thinking about.”

Yes – the RBA is saying its monetary tool really can’t do much.

That is the reality of our economic outlook – unemployment stuck around 5 per cent, and rising, while weak wages growth feeds into falling household consumption.

And the RBA continues to express faith in its economic modelling that has been consistently wrong all this decade while demonstrating that it’s out of touch with the real world, that its business liaison isn’t giving it the sort of heads-up it used to.

Indulge me repeating the following quote from an earlier column:

That shadow treasurer was Joe Hockey in August 2013, when the RBA cut the cash rate to 2.5 per cent. Rates are now at all-time lows and about to fall.

What will the combination of rate cuts, APRA’s foreshadowed credit loosening and some fractional first-home buyer mortgage insurance assistance do? What cheaper and more available money always eventually does – provide stimulation for the housing market, help put a floor under prices a bit sooner.

Throw in the end of possible negative gearing reform and the country with record housing-caused household debt is looking to housing buyers again to avoid a further slowdown.

It was a policy that worked well to help take up the slack of the resources construction boom ending, but it’s wearing thin.

Lower rates help lower our dollar – the market has already priced that in – which helps our competitiveness, but it’s slow work when, as Governor Lowe admitted:

And the RBA has downgraded its expectation of household consumption growth for 2019-20 to just 2 per cent.

Dr Lowe is putting his faith in those $1080 direct deposit tax refunds and the housing market bottoming:

“We are not expecting a quick turnaround in growth in consumer spending, but we are expecting a gradual improvement. This is largely on the basis of an expected pick-up in growth in household income, and a stabilisation of the housing market over the period ahead.

“We are expecting household disposable income to grow at an average rate of 4 per cent over the next couple of years, which is noticeably higher than the average of recent times. Stronger growth in income will help, but the more important factor is some tax relief.”

And that faith looks as well founded as all the failed wages and inflation forecasts of the past six years.

The governor is fortunate he’s not remunerated on the reliability of his forecasts.

That the RBA has to cut interest rates is not good news.

When there’s nothing else, flick the switch to the housing market