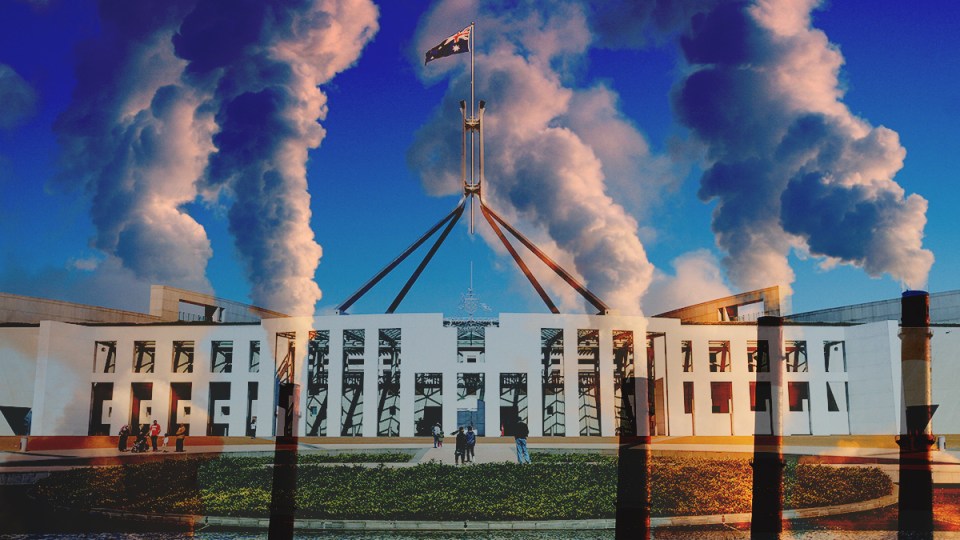 And it appears to be working.

The five largest global oil companies – ExxonMobil, Shell, Chevron, BP, and Total – have spent a combined $US1 billion ($1.44 billion) on “misleading climate-related branding and lobbying” in the three years since the Paris Agreement was signed, according to research from InfluenceMap.

It’s money well spent for the companies too, according to Melbourne University politics lecturer George Rennie, whose research into the effectiveness of lobby groups suggests that in Australia, oil and gas companies “get their way a lot of the time”, as a direct result of their lobbying efforts.

“Taxes have been dropping, and at the same time subsidies [to these companies] have been going up and up,” he told The New Daily.

“Who’s paying for it? The answer to that is, that citizens are – that’s great for big corporations, but it’s a terrible deal for the average citizen.”

“The research reveals a trend of carefully devised campaigns of positive messaging combined with negative policy lobbying on climate change,” the report said.

“The aim is to maintain public support on the issue while holding back binding policy.”

In Australia, the beneficiary of this money is the Australian Petroleum Production and Exploration Association (APPEA), which InfluenceMap said is “opposed” to numerous “achievable” climate policy initiatives.

InfluenceMap estimates that APPEA spends $US3 million ($4.34 million) annually on these lobbying efforts, but the return on investment (ROI) is likely much higher – a study in the US that found companies can receive a return as high as $US220 ($317.7) per $US1 ($1.44) spent on lobbying.

ROI for Australian lobbying dollars is likely to be similar to the US experience, Mr Rennie said.

Dr Adam Lucas, a senior lecturer in science and technology studies with the University of Wollongong, said oil lobbying has been “clearly very effective” in Australia.

“This [research]  just confirms what a lot of us already knew and have already been saying.”

Responding to questions from The New Daily, APPEA spokesperson Matthew Doman said the lobby group was in favour of climate action including a carbon price, and rejected InfluenceMap’s report.

“To portray APPEA’s advocacy for the role natural gas can play in an effective climate change policy as somehow being ‘obstructionist’ reveals an ideological bias in InfluenceMap’s ‘methodology’ that invalidates all of the report’s findings.”

A previous InfluenceMap report from 2016 drew similar criticisms from the lobby group, with then-CEO Dr Malcolm Roberts (not the former federal senator) even writing to the group requesting the report be removed.

According to Mr Doman, APPEA is yet to receive a response.

But University of Wollongong’s Dr Lucas disagreed that APPEA genuinely supports climate change policy development, saying the claim “doesn’t stack up at all”.

“They say one thing publicly and then do another thing behind closed doors.”

Lobby groups a worry for super

“When a company takes a stance on climate policy that is undermined by the industry associations to which it belongs, this is a significant concern for investors – it indicates that they are unwilling to commit to managing the risks of climate change on their business,” she said.

Ms Davidson said companies must be more transparent with their industry association memberships.

“Companies whose position on climate issues contradicts those held by associations to which they belong, can expect to attract greater levels of investor scrutiny,” she said.