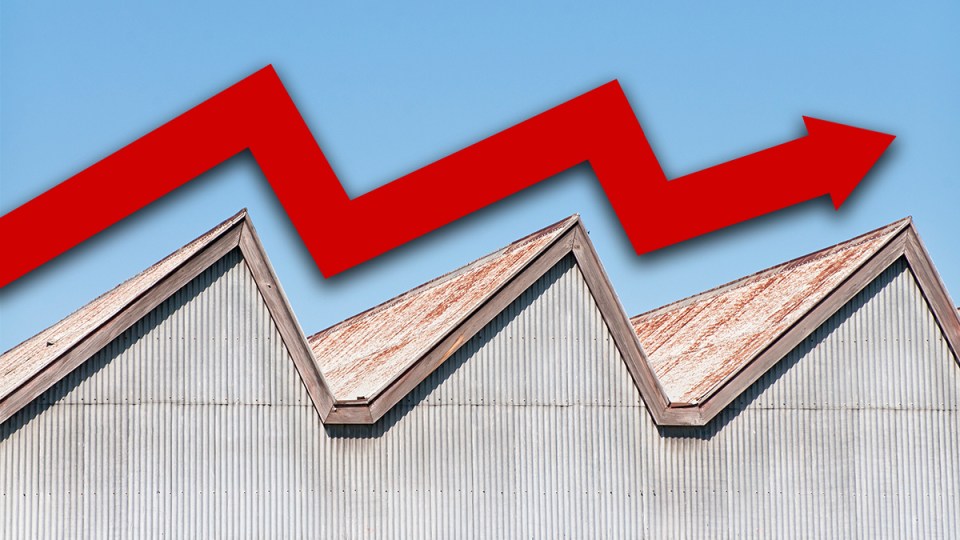 Australia’s stock market has dipped after hitting 11-year highs earlier in the week.

Yet, at the same time, US markets continued their push into record territory, raising the question as to why Australia’s market didn’t follow suit.

The leading Australian ASX 200 index lost 0.53 per cent on Tuesday, diverging from the relentless climb of US markets that saw the technology-heavy NASDAQ index set a record high.

The local losses were driven by new figures from China, specifically the latest manufacturing purchasing managers index (PMI) – an index that collates data from supply chain managers in the manufacturing sector. It is commonly used as a barometer of an economy’s health.

The April PMI reading from the Chinese National Bureau of Statistics came in at 50.1 indicating only a slight expansion in the sector (a reading of 50 indicates stagnation, and anything below that indicates recession in the sector).

While still expansionary, that figure is lower than the 50.5 recorded in March and below what many commentators and forecasters were predicting, which CommSec market analyst James Tao said had affected Australian markets.

“Goods being created and sold is a good sign for the global economy, for the Chinese economy, and for us,” Mr Tao said.

“Analysts were expecting the manufacturing PMI to be stronger, and given it’s come in below those predictions it could be a negative for the Australian economy, so markets have pulled back in response,” he said.

The Caixin China general manufacturing PMI – a similar index compiled by private businesses, Caixin Insight Group and IHS Markit, rather than the Chinese government – also showed a fall from 50.8 in March to 50.2 in April.

“Latest data showed that manufacturing output in China rose again in April. Though marginal, the upturn extended the current expansionary sequence to three months,” the two businesses said in a joint statement.

So why is the US roaring along?

While the disappointing manufacturing news has weighed notably on Australian stocks, its impact on US markets will likely be less significant, Mr Tao said.

“In the US there’s a lot more happening – they’re in the middle of their earnings season, and their equivalent of the RBA [the Federal Reserve] will be meeting in the next two days to decide what to do with rates,” Mr Tao said.

“Those two things will be bigger market drivers that the Chinese PMI figures for their markets.”

Meanwhile the Federal Reserve is expected to keep US rates band flat at 2.25 to 2.50 per cent.

“This is very consistent with PMI data coming out of China for quite some time now – the manufacturing data is either stagnant or growing at a very small pace, and a few months at the end of last year when it contracted mildly, but during this whole period of time the services PMI has been strongly positive,” Mr Laurenceson said.