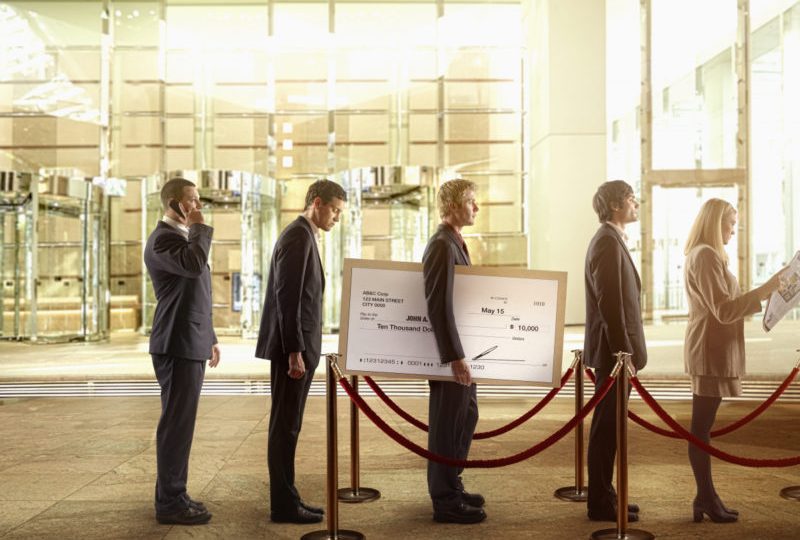 Investors queued up to put cash into banks.

Revelations of criminal misconduct by the big banks at last year’s royal commission might have tarnished their reputation with the person in the street. But investors shrugged off the bad news and threw massive amounts of money at fund raisings.

Figures released by the Australian Securities and Investments Commission (ASIC) show that smaller companies that raised money got only as much as they wanted, or less, from investors.

But the Commonwealth Bank, outed as the standout in the fees-for-no-service rort, and Westpac, received double the money they asked for from investors in the second half of 2018.

ASIC’s list of top-10 stock market fund raisings showed the two banks went to the public asking for $750 million each through raisings of hybrid securities. But investors swamped CBA, handing over $1.59 billion, while Westpac signed off on $1.42 billion.

Hybrid securities pay guaranteed interest rates for a time, then generally convert into shares at a later date. That gives them some of the characteristics of both debt and equity and made them attractive to people looking for a high return along with the possibility of capital gain. 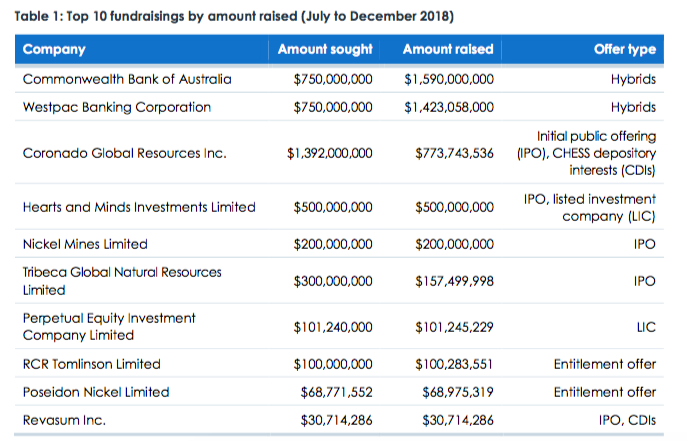 Investment adviser Gavin Ross, of Gavin Ross and Co, said hybrid securities were attractive because they were seen by investors as providing “caution and safety. They’re sold by stockbrokers to retail investors” and have been popular, particularly after the global financial crisis.

“While they offer an attractive interest rate in relation to term deposits, there are trade-offs in terms of liquidity and capital volatility,” Ms Robson said.

“During the global financial crisis some holders found there were no buyers for them.”

Interestingly, the amount of money raised in the last half of 2018 fell significantly compared with the first half of the year, despite a rise in the number of requests to raise cash.

ASIC also found that climate-change awareness among companies was limited. Only “17 per cent of listed companies in our sample identified climate risk as a material risk in their operating and financial reviews”, ASIC said.

The majority of the top 100 companies on the Australian Securities Exchange had, to some extent, considered climate risk to the company’s business. But outside the top 200, there is very little climate-risk assessment.

The regulator has also dealt with the cryptocurrency boom, reminding promoters that their offers had to stand for something.

“Based on our review of ICOs [initial coin offerings] in the past 12 months, businesses and individuals are using ICOs for public capital raising and investments.

“Many of the ICOs or crypto-assets that we have considered have involved a regulated ‘financial product’ under the Corporations Act. We remind potential ICO issuers and their advisers that it is the legal substance of the offer – not what it is called – that will determine whether Australian laws apply,” ASIC said.

It also flagged plans to update guidance on when coin offerings may involve the issue of a financial product, as well as updating disclosure rules to prevent “misleading or deceptive” promotions. 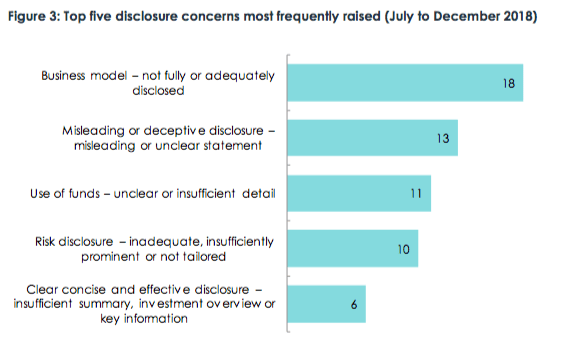 ASIC said when it did raise concerns, the companies generally issued new or amended disclosure statements.

The regulator also called out companies making claims about future financial performance that could not stand up credibly.

“To disclose prospective financial information, a company must have, and must disclose the basis for, reasonable grounds for the information,” the regulator said.