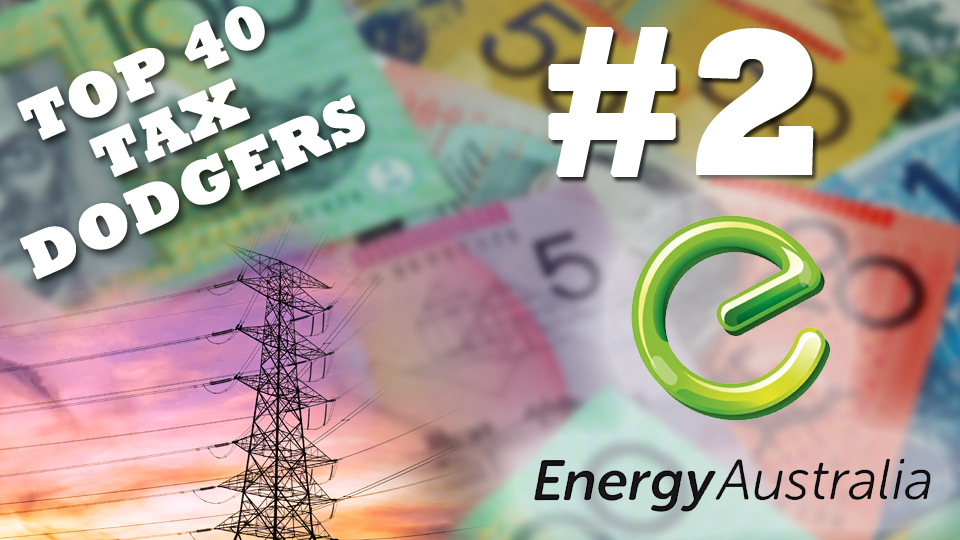 Energy Australia has powered its way to number two on our countdown of the nation's biggest tax dodgers.

The New Daily and Michael West count down the 10 biggest corporate tax dodgers in Australia. Return on Thursday when we reveal the nation’s biggest tax avoider.

Its executives rollicked in pay rises. Its tax-haven shareholders revelled in rising profits too. Its customers, however, were smashed by rampant gas and electricity prices, while the Tax Office did not receive one cent in income tax over four years (from 2013 to 2017).

Welcome to the multinational tax avoider from central casting; worse, a company whose assets used to be owned by Victoria and NSW, by taxpayers, until they were privatised.

In 2018, this Hong Kong company, CLP Holdings, recorded an impressive 14 per cent return on equity and you can bet its huge presence in Australia played its part.

Indeed, debuting this year at #40 on the Top 40 Tax Dodgers chart is another energy giant controlled by the family of another Asian billionaire, Li Ka-shing. This is the operator of Citipower, Powercor and United Energy.

How did it manage to pay so little tax? The usual caper – related-party transactions with its associates overseas. Massive loans from “related parties” offshore siphoned off interest payments to the tune of $71 million in 2017.

The good news is, after a decade of rampant profiteering, EnergyAustralia is finally paying a smidgeon of tax. Its 2017 financial statements show $23.4 million in tax paid. Responding to questions, the company said it paid $137 million tax in 2018.

“EnergyAustralia had total revenue of $6.3 billion and no taxable income during the 2016 financial year. Subsequently, EnergyAustralia began paying corporate tax in October 2017 and has continued to do so every month since.

“In the year ended 31 December 2018, EnergyAustralia contributed net profit to its owner CLP Group of $566 million, up 24 per cent from a year ago. EnergyAustralia paid $137 million in corporate tax for the period under review at an effective rate of 31 per cent.”

It would seem the naming and shaming from these quarters has worked. We’ve hammered EnergyAustralia for two years for tax avoidance and although it has since started to pay income tax, it has also geared up again, taking out another $1.45 billion loan with a related party.

According to its financial statements, the interest expense of $74 million on this related party loan is owed to an “intermediate holding company”. It doesn’t stipulate which company or where it is domiciled. Neither chief executive Catherine Tanna nor chairman Graeme Bradley was available to be interviewed.

Elsewhere, a billion shares were issued to a related entity. This tends to help with thin cap rules. Auditor PwC enjoyed a fee rise to $2.2 million from $1.8 million, with “other services” (possibly tax) accounting for the uplift.

This is part nine of a 10-part series on the nation’s biggest tax dodgers. Click here to see part eight.

For the full details of Michael West’s investigation into Australia’s 40 biggest tax dodgers you can visit his website, here.