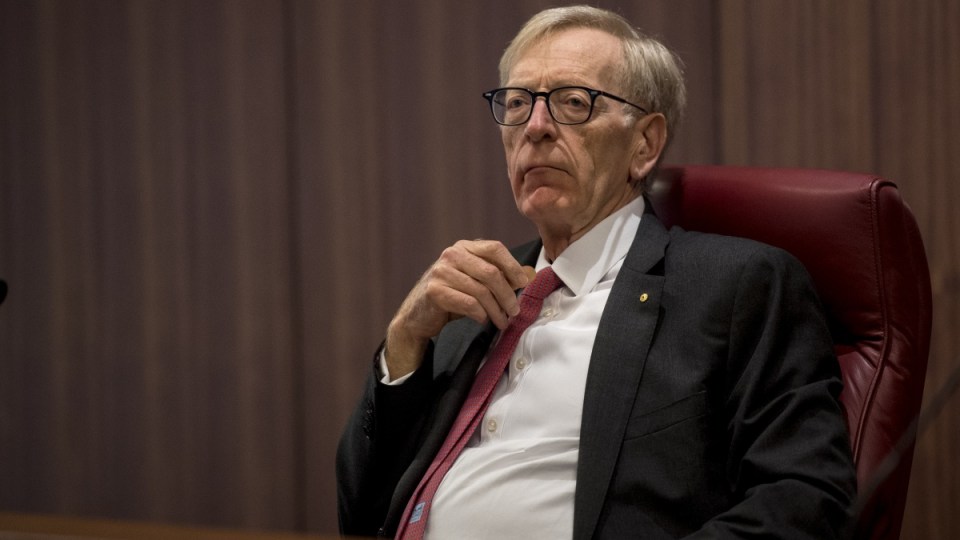 Rational people recognise that no mere mortal is infallible. It’s rather strange then to see belief in absolute infallibility extended to a lawyer – however good he or she might be.

The banking royal commission was given limited time and tight terms of reference. The former ACCC chief, Allan Fels, called them “narrow”.

Despite those restrictions, Kenneth Hayne and his team did an excellent job in exposing the breadth of malfeasance in the finance industry.

But as Professor Fels has said, the commission was essentially a “lawyers’ report”.  That’s hardly a surprise, given that it was run by lawyers.

That’s why it is unfortunate that the royal commission was not more of a multi-disciplinary creature that included economists, the best of which are very mindful of unintended consequences.

Without a broader mindset – for all that Commissioner Hayne’s admirable brain is very broad – it’s simply against the odds that all the commission’s recommendations would be brilliant and necessary to implement. They were not – most obviously in the case of wanting to whack mortgage brokers.

It was dumb, populist politics for any politician to pledge to implement all the recommendations in full without seeing them.

If our federal politics were not so shoddily adversarial and the government so shambolic, both sides would be looking to make the best of the royal commission’s work rather than score points off each other’s “backflips” on broker remuneration.

While doing much good, the commission’s final report didn’t grasp the reality of mortgage brokers’ work and their role in the system.

What matters with the royal commission’s particular desire to scrap brokers’ commissions and move to a fee-based system is the unintended consequences that abound in the real world – as opposed to law books.

It really would disadvantage smaller lenders who rely on brokers for access to the bigger market, and thus reduce competition – something recognised by Treasury and the regulators.

It would drive customers back to the Big Four, where the average punter has little ability to understand and compare products and negotiate a deal.

I’ve been railing for years about the “lazy tax” we tend to pay for not shopping around and I’ve been fairly criticised for calling it “lazy” when it’s often just too complicated and difficult for the average soul.

Quite simply, if most folks had to pay up front for a broker’s services, they wouldn’t use a broker. And the figures show they don’t save the equivalent of a broker’s commission by dealing directly with a bank.

A telling moment in the royal commission was when the CBA chief, Matt Comyn, was in the stand. He delighted in encouraging Commissioner Hayne’s suspicion about trailing commissions being “money for nothing” and left an inflated impression of brokers’ earnings. The CBA would be the biggest winner of curtailing commissions.

(Commissioner Hayne seemed to think he had found another “money for no service” issue, but good brokers actually don’t forget their clients – the average mortgage doesn’t last long and repeat customers are vital for any business.)

The irony is that while Commissioner Hayne wants to scrap brokers’ commission structures, he inexplicably supported “vertical integration” – big banks and AMP owning advisers, platforms and products. Thus  Commissioner Hayne stopped the dismemberment of AMP and kept the big banks in the superannuation game with substandard products.

I personally thought it was a sure thing that the commission would see the end of vertical integration. It seemed so obviously prey to structural corruption. I was wrong.

Coincidentally, the CBA is now walking back from quitting its vertical integration model. The bank says it is still “ultimately” committed to exiting wealth management and broking. We’ll see.

The commission also didn’t seem to understand that the broking industry was already working to correct its faults ahead of its report.

Mortgage brokers copped an ASIC review of remuneration in 2016 and then the Australian Bankers’ Association Sedgwick review. That resulted in a reform body called the Combined Industry Forum (CIF). The CIF could work faster in some areas, but it is working to ensure its survival – which means ensuring the best outcomes for customers.

For example, ASIC rightly wanted brokers to move away from volume and campaign-based commissions – such commissions obviously tempt brokers into not offering the most suitable product to clients. The CIF says that was done at the end of 2017.

The extent of the review and the CIF response is spelled out on the Mortgage and Finance Association of Australia (MFAA) website, which also details the MFAA’s political campaign to preserve commission payments.

Some fair points are made along the way. Brokers are writing about 55 per cent of mortgages, but account for only 1 per cent of complaints to the Financial Ombudsman Service.

The MFAA says consumer complaints declined by 78 per cent from 2008 to 2017 to a “negligible 55 a year” – less than one complaint for every 21,000 new contracts. The nebulous notion of “customer satisfaction” is put at 92 per cent.

Yes, there have indeed been dodgy brokers and, no doubt, there still are. The MFAA says it expelled, cancelled or suspended 75 brokers over the nine years to 2017 and ASIC made 15 broker convictions between 2010 and 2017. There are dodgy operators in absolutely every field, but the headline challenges in the finance industry can’t be laid at the door of mortgage brokers.

The reforms to enshrine acting in the customer’s best interests are needed to balance the conflict that comes with any commission-based remuneration system.

Disclosure: I have been paid to speak at and/or chair various mortgage broker conferences over the years. That has helped me understand the business. It has not coloured my view of the structure.

I personally think commission is not an ideal remuneration system and, if crookedly structured, is harmful. When mortgage broking was first taking off, I thought banks were stupid to embrace brokers as a cost-saving measure – giving a third party what should be the most valuable thing, the customer relationship.

But it happened and brokers are now a vital part of the market. The commission structure needs to be made to work for clients, not scrapped to the exclusive advantage of the dominant banks.

Why Kenneth Hayne got it wrong on loan brokers