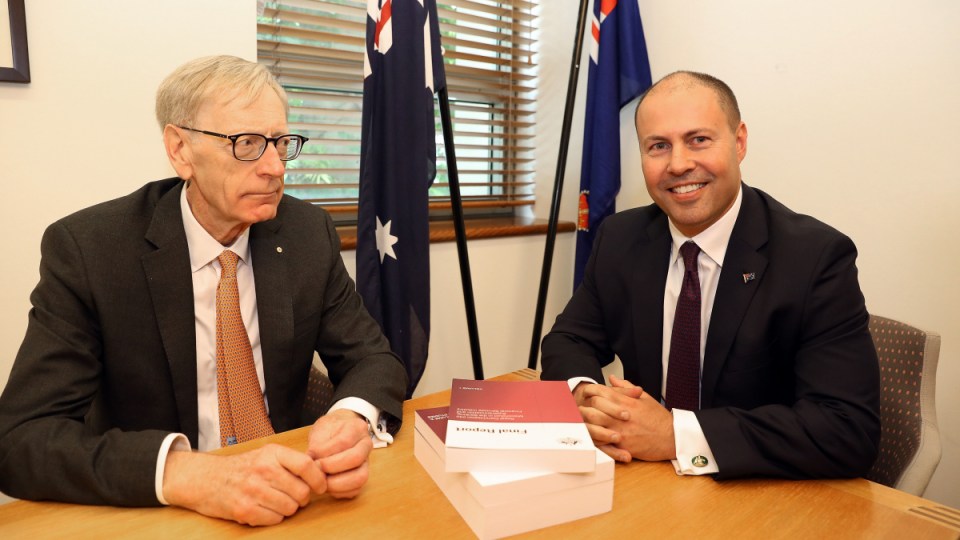 With an election just weeks away, the federal government has backed away from the banking royal commission’s recommendation that all commissions in the mortgage broking industry be abolished.

In his final report, Kenneth Hayne recommended all commissions be axed and replaced with upfront fees paid by the borrower, rather than the bank.

But the government has announced brokers will be allowed to keep both upfront and trailing commissions for at least the next three years.

That is despite overwhelming evidence that loans arranged by brokers tend to be larger, take longer to pay down and cost more than loans arranged directly with banks or other providers.

With the bank paying the commission, the incentive is for the broker to direct their clients to the bank with the highest commission.

And because the commission is a percentage of the size of the loan, there is also an incentive to encourage clients to borrow as much as possible.

A 2017 study of the home loan industry by investment bank UBS found up to a third of mortgages are “liar loans” – based on inaccurate information that may have been massaged to help the borrower get a bigger loan than they should have been eligible for.

According to UBS, loans arranged through brokers had a higher rate of misrepresentation.

Industry claimed 70 per cent of mortgage brokers would lose livelihoods

On the day the royal commission final report was released in February, the government announced it would allow upfront commissions to continue but would ban trailing commissions, paid for the duration of the loan, from July 2020.

Amid a concerted campaign from the mortgage broking industry, which claimed up to 70 per cent of its members could lose their livelihoods if commissions were abolished, the government has now relented on trailing commissions.

It said both upfront and trailing commissions will stay in place for the next three years, at which time there will be a review by the Australian Competition and Consumer Commission and the Council of Australian Financial Regulators (APRA, ASIC, Reserve Bank & Treasury).

Associate Professor Michael Rafferty, from the school of Business at RMIT, told the ABC it was an extraordinary decision, but one by which he was not surprised.

“The financial services sector is the most powerful lobby group in Australia and it’s heavily ingrained with both major political parties,” he said.

But regarding Tuesday’s decision, Professor Rafferty said it pointed to “the continuing self-destruction of the Liberal Party”, which he said he was seeing in other areas, like the debate around coal-fired power stations and climate change.

“There’s an inability within the Liberal Party at the moment to navigate obvious reform,” he said.

The Treasurer would disagree with that assessment, offering a more pragmatic view.

“There are 16,000 mortgage brokers across Australia, many of which are small businesses, employing 27,000 people,” Josh Frydenberg said.

“The government wants to see more mortgage brokers, not less.”

Mr Frydenberg said an ASIC review of mortgage broker remuneration in 2017 did not identify trailing commissions as directly leading to poor consumer outcomes.

The government is adopting Commissioner Hayne’s recommendation for mortgage brokers to be subject to a “best-interest duty”, just like financial planners.