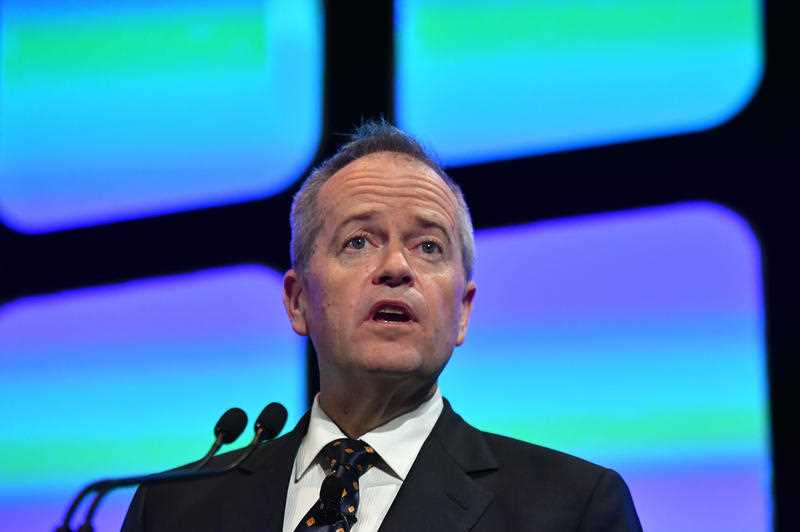 Bill Shorten has flagged his support for replacing the minimum wage with a new 'living wage' model. Photo: AAP

The upcoming federal election will be a “referendum on wages” according to Labor leader Bill Shorten, who has signalled plans to replace existing minimum wage arrangements with a new ‘living’ wage system.

Here’s what that means.

Currently, Australia’s minimum wage is set by an expert panel within the Fair Work Commission (FWC), which conducts an annual review and re-sets the minimum in order to meet five criteria laid out in the Fair Work Act’s ‘minimum wages objective’.

In 2018, that was set at $719.20 per week (gross) calculated on a 38-hour week, or $18.93 per hour – a figure Australian Council of Trade Unions (ACTU) secretary Sally McManus has described as “too low”, renewing calls for a shift to a living-wage model.

While both the minimum-wage and living-wage concepts aim to put a floor under legal wages, the two ideas have some critical “philosophical differences”, according to Dr Josh Healy, a senior research fellow in the University of Melbourne’s Centre for Workplace Leadership.

Chief among these are the current criteria used to assess the minimum wage makes no explicit reference to the prevention of poverty, whereas the implementation of a living wage is intended to ensure no-one working full-time slips below the poverty line.

While a minimum wage sets a bare minimum employers can pay their staff, a living wage is intended to be a socially acceptable minimum, according to Dr Healy, and typically means paying workers more than the minimum.

Neither federal Labor nor the ACTU has outlined how the living wage model will work, but a spokesperson from the ACTU said the rules governing the FWC would need to be changed.

“When determining a living wage the independent umpire should be able to focus primarily on the needs and costs that working people have, and not focus unduly on the convenience of business owners or unsubstantiated macro-economic arguments,” the spokesperson said.

But in an interview with Sky News, Finance Minister Mathias Cormann said wages are still growing and a shift to a living wage would “make the economy weaker”.

“Imposing higher wages by government mandate rather than on the back of a strengthening economy would lead to higher unemployment because businesses would hire fewer people,” he said.

In a report, Australian Council for Social Services (ACOSS) and University of New South Wales said that 25.9 per cent of Australians in poverty (based on the OECD metric of income less than half of a nation’s median wages) are in full-time employment.

Further, a spokesperson for the ACTU told The New Daily that “28, 000 people who are homeless are also engaged in full-time work”.

“Working people on low incomes in Australia are not being paid fairly,” the spokesperson said.

“The ABS last year revealed that half of all jobs created during the September quarter in Australia were second jobs. People have less job security and are not being paid fairly. They are having to take on secondary employment just to get by.”

Ensuring that someone working full-time remains above the poverty line seems like a straight-forward proposition, Mr Healy said, but “for all sorts of reasons it proves very difficult” to manage in practice.

At the heart of this challenge is identifying precisely who the living wage needs to be calculated for.

Both Dr Healy and ACOSS’s report on poverty note that the current minimum wage, $719.20 per week, is enough to keep a single employee with no children out of poverty, but the addition of family members quickly sees the cost of living expand well above what that wage can support.

ACOSS’s report found that while the minimum wage sits above the poverty line for single adults, it “does not prevent wage-earning families with children, those with only part-time earnings, and those with high housing costs, from falling into poverty”.

Why Labor wants to replace the minimum wage