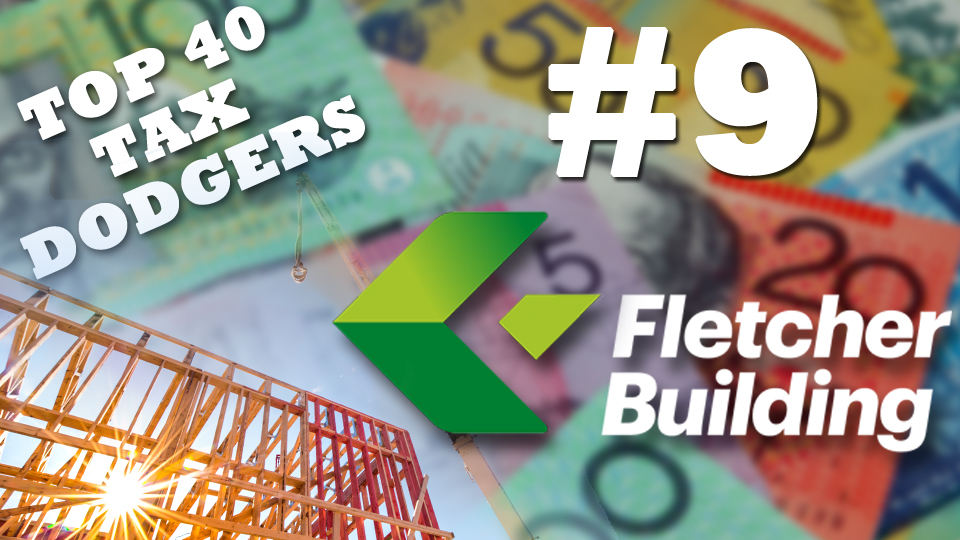 Fletcher Building Australia's materials might be scraping the sky, but its tax payments are sitting closer to the ground. Photo: TND

The New Daily and Michael West count down the 10 biggest corporate tax dodgers in Australia. Return on Monday when we reveal the nation’s eighth-biggest tax avoider.

How, after booking $11.5 billion in total income over four years during the biggest building boom in history, does a construction materials manufacturer pay a touch under $6 million in tax?

Fletcher is the third Kiwi multinational in our Top 40. Along with New Zealand Milk (better known as Fonterra) at #26 and Burns Philp & Co at #39, the three trans-Tasman transnationals have recorded $25 billion in total income over four years and paid, well, pocket fluff in income tax.

In Australia, Fletcher has admittedly taken some big hits to the likes of its Tradelink plumbing supplies business and Rocla Pipeline Products, while poor management decisions have battered profits – meaning a good deal of its tax avoidance might be deemed “accidental tax dodging” – but at the same time the business’s parent company has been paying not just tax, but dividends as well.

It (Fletcher’s NZ parent) paid $290 million income tax during the same four years of recorded tax office data that its Australian subsidiary – with more than one-third of the cashflows – paid $5.7 million.

Over the following two years, the Kiwi parent paid $177 million in tax, but its Aussie subsidiary, according to filings with the corporate regulator, paid just $25 million.

There is a pattern here used by foreign multinationals operating in Australia; they pay little tax while they send off tens of millions of dollars in interest payments to their associated companies overseas.

This is achieved through a process called ‘debt loading’, where a foreign company makes a loan to its Australian subsidiary, which then sends money back as interest repayments rather then hanging on to it as taxable profit.

In this case, Fletcher has paid $110 million to its associates as interest over the past two years. As at June last year, there were $728 million in non-current loans from related parties, according to the latest filings with ASIC, versus just $8.7 million owed to “other” external lenders.

Yet Fletcher has also generated large tax losses, and those tax losses have shielded the company from paying tax on its profits.

The group paid $16 million in tax, up from $9 million in 2017. Bear in mind these figures are post the ATO data. In its 2017 Tax Transparency Report, Fletcher Building said it “paid or collected approximately $232.2 million of taxes on behalf of both federal and state governments in Australia”.

This is part two of a 10-part series on the nation’s biggest tax dodgers. Click here to see part one.

For the full details of Michael West’s investigation into Australia’s 40 biggest tax dodgers, you can visit his website, here.