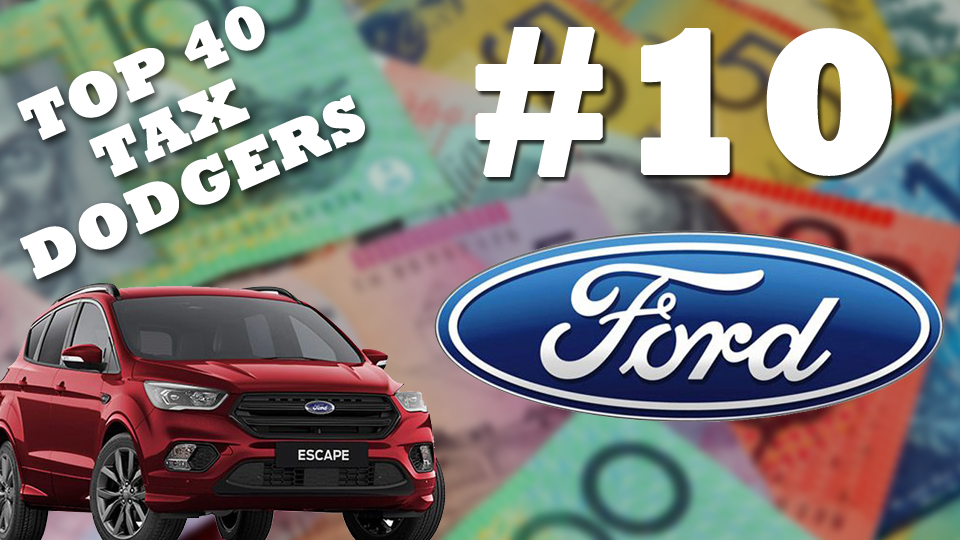 Ford Motor Company of Australia Ltd has come in at 10 in our countdown of the country biggest tax dodgers.

The New Daily and Michael West count down the 10 biggest corporate tax dodgers in Australia. Return on Thursday when we reveal the nation’s ninth-biggest tax avoider.

Over the four years of available transparency data from the Australian Tax Office, Ford Motor Company has booked more than $11 billion in total income yet paid zero tax, despite producing a small taxable profit of $45 million.

When it comes to the worst corporate taxpayers in Australia, the carmakers are right up there with airlines and the oil and gas industries.

Like its rivals, General Motors and Toyota, Ford contributes little or nothing to Australia in terms of income tax, yet the automakers have won billions in government handouts over the years, often made losses and very rarely pay tax.

In the years when they do make a profit, their profits are reduced by transfer pricing and sheltered by large tax losses incurred in the lean years.

Not all automakers fail to pay tax, however, with Mercedes-Benz being a notable exception.

In defence of Ford, it should be said that this is a high-cost, highly competitive industry and the three automakers on this Top 40 list – Ford, Mitsubishi and Nissan – have collectively recorded total income of almost $30 billion over the four years of available corporate tax transparency data.

Sadly, Ford closed its manufacturing operations in Australia in October 2016 so it has incurred further large losses for redundancies and closure costs since then. The ATO data extends from 2013 to 2016.

It has also spent $11 million over the past two years on redundancies, so there are some legitimate reasons why Ford is not paying tax.

Due however to Australia having no limit on how long companies can bank tax losses, Ford is unlikely to pay tax for many years to come. Its accounts show $692 million in unused tax losses and another $107 million in tax offsets.

Elsewhere on the Top 40, Nissan at #15 recorded $9.7 billion income over the four years and paid just $476 income tax. Mitsubishi Motors Australia at #23 shows $8.3 billion income and zero tax. General Motors has dropped off the chart this year.

For the full details of Michael West’s investigation into Australia’s 40 biggest tax dodgers you can visit his website, here.