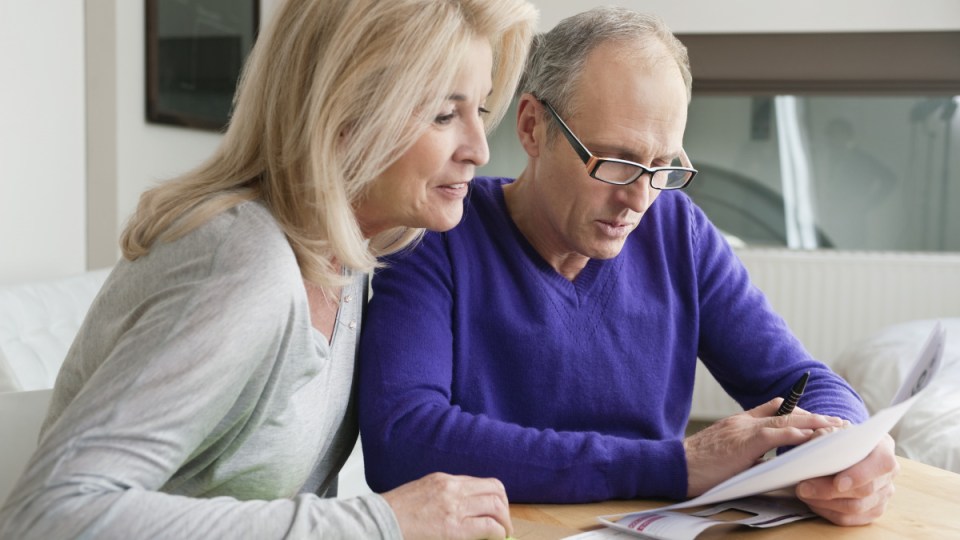 The colour of franking credits is in the eye of the beholder, Michael Pascoe writes. Photo: Getty
analysis

Remember the viral sensation of “The Dress” when the world split over whether a particular dress was white and gold or blue and black? The franking credits issue is a lot like that.

Only it’s a lot uglier than any dress, with behaviour on both sides of politics ranging from poor to appalling as a spivvy campaign has highlighted the ugly side of opportunism, entitlement and self-interest above all.

The franking frock is being seen as either black or white, depending on which side of the financial and political fight people are on. Self-interest can help people see whatever they want.

The reality is more like several shades of grey, made fuzzier by already-complicated tax interactions and misapprehensions.

Labor announced and is handling the policy poorly, while the Liberal Party has traduced the parliamentary committee system with the Wilson cousins’ travelling salvation show. Cousin-somewhat-removed Tim, MP, and Cousin-somewhat-removed Geoff, multi-millionaire fund manager, have joined forces to produce a taxpayer-funded partisan circus.

Any change involving the interaction of the tax and superannuation systems is going to be complicated and produce winners and losers. Most people losing money don’t like it and see Labor’s proposal to end cash refunds of excess franking credits as black.

The way the Wilsons’ show has played and the government’s fib of calling it “the retirement tax” has resulted in many winners (those gaining from improved government revenue and not losing money) as seeing the proposal as snow white.

It’s actually messier than that. Labor is proposing to rein in an overly generous tax lurk that mainly affects people who don’t need government largesse and have already used extremely generous tax concessions to build serious wealth. I know – the Pascoe family super fund is up to its ears in franking credits.

But inevitably there will be some collateral damage along the way, and Labor is not being pure in its policy by carving out exceptions.

At the heart of the problem is Pascoe’s Law of Tax Lurks: A tax break will be exploited until it breaks either itself or government revenue. Introduce a tax concession of any kind, and a massive industry will go to work “arranging affairs” to exploit the hell out of it.

Scott Morrison is shouting “Retirement Tax” now, but as Treasurer he had to cap the exploitation of the superannuation system. He had to break the most ridiculously generous aspects of that tax break because it was overwhelmingly benefitting the wealthiest few Australians at an increasingly huge cost to the Commonwealth.

When the Howard/Abbott government extended the Hawke/Keating franking-credit tax rebate to give cash refunds of excess credits, the new break was estimated to cost revenue $550 million a year. Then “arranging affairs” got to work – it’s now costing nearly 10 times that amount, and on its way to 20 times in the medium term with most of the billions going to the wealthiest few per cent of Australians.

That’s bad in principle and practise.

There are exceptions, but most of the billions go to people who have already used those generous pre-Morrison superannuation tax breaks to build very fat superannuation funds that can be subsequently accessed tax-free.

“But,” says the Wilson circus, “the franking credits on the company dividends belong to us! We are the company, we’ve already paid company tax to earn the credits.”

Well, no. Shareholders are not the company – and they wouldn’t want to be when a company goes bust, for example. The company is a separate legal entity. The “Limited” bit of the name is rather important.

The Australian limited company is only one of several different legal structures for investors to put money into. Hawke/Keating sought to encourage investment in Australian companies by introducing franking to stop the double taxation of company profits – franking provides a tax credit on top of the cash dividend for the proportion of company tax paid on the profit to produce the dividend.

The franking system means only one lot of tax is paid on the company’s profit that produces the dividend for Australian shareholders. Tax is still collected. Giving cash refunds of franking credits to people or super funds that don’t pay tax means no tax is collected. It doesn’t prevent double taxation, it prevents taxation.

Labor’s policy document gives examples of other tax breaks that can’t be taken as cash: “Tax offsets such as the Low Income Tax Offset (LITO) and the Seniors and Pensioners Tax Offset (SAPTO) can be used to reduce tax liabilities, but cannot be claimed as cash refunds.”

Unfortunately Labor made a hash of the policy announcement last year. Instead of first explaining the growing revenue problem and the inequity of who was benefitting most, the policy was dropped out of the blue and then had to be changed a couple of weeks later to limit the number of people impacted.

Pensioners, part-pensioners, charities and universities will still get cash refunds. There’s no principle involved in that – just politics. Too many people would have been put offside.

There are people who have nicely “arranged affairs” to just squeeze in under the part-pension means test who will still get cash refunds but are much better off that some individuals who will cease getting cash refunds.

Such inequities are generally the case when policy rubber meets the road. It’s nothing compared with, say, the exorbitant marginal tax rates effectively paid by people coming off welfare into the workforce.

(It’s been bemusing to analyse examples of “victims” promoted by some media – the size of claimed losses mostly indicate people who don’t need another tax break. And what’s overlooked is that these people are paying no tax at all on the cash element of their dividends and other income.)

Industry Super Australia (ISA) proposed it would be fairer to set a cash refund cap for all, but Labor reportedly found that would be harder to administer.

In my opinion, Labor also has not served the policy well with class warfare rhetoric. Chris Bowen’s advice to retirees who didn’t like it to not vote for Labor – effectively, ‘if you don’t like, rack off’ – might be understandable in the heat of battle, but it’s of the same genre as Hillary Clinton calling Trump supporters “deplorables”. Not good.

On the other side, there has been blatant misrepresentation of the policy as well as the egregious Wilsons show as the Coalition tries to make a “Carbon Tax” out of “Retirement Tax”.

For example, Sarah Henderson MP Tweeted Labor’s plan was “a shocking attack on pensioners” – was she happy to lie or just doesn’t know what she’s talking about?

Along the way, Geoff Wilson reportedly told his investors he had “nothing to lose” from the Labor policy and could “convert to a trust structure if needed”.

Mr Wilson might have accidentally pointed to a need to reform trust mechanisms.

If the policy is introduced, there will no doubt be further “arranging affairs” to minimise tax – it’s one of the things the very wealthy do often and well – but it looks like Cousin Geoff does have quite a deal at stake.

It adds up to a very large exposure to the value of the LICs and LICs have taken a knock from the Labor policy. The “arranged affairs” of SMSFs and individuals are core investors in such LICs.

The LICs’ share price ends up including the value of franking credit cash refunds.

As a former NSW auditor-general once put it as Harris’ Law: Everything is capitalised.

PS: The dress really was blue and black – but most people saw it as white and gold.

Franking credits – is the dress black or white?