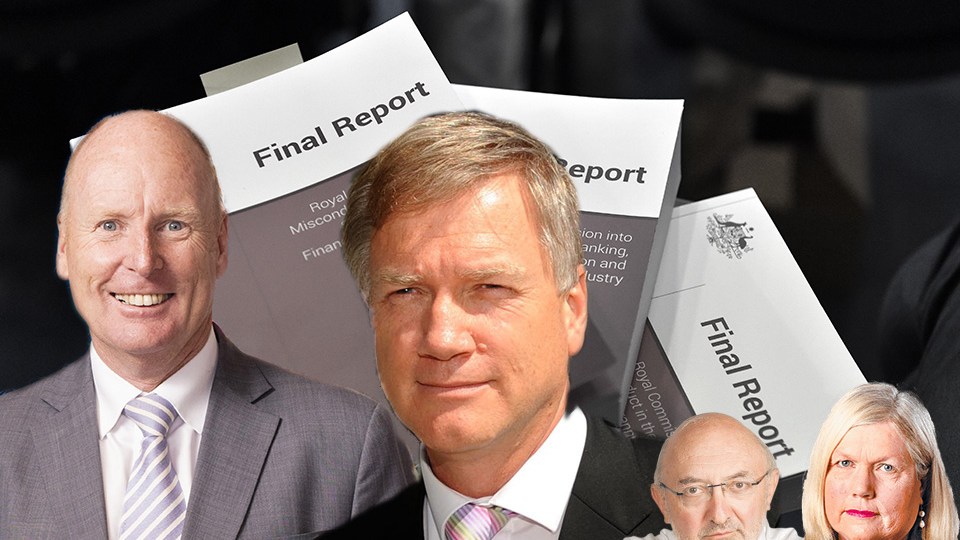 Now the Hayne royal commission into banking and finance is done and dusted, the pundits in the media – some of whom opposed it in the first place – are drawing conclusions and opining on whether Kenneth Hayne was tough enough in his recommendations.

As the Labor opposition is fond of telling us, the government stubbornly resisted the idea of a commission for 18 months before then prime minister Malcolm Turnbull suddenly did a backflip under pressure from backbenchers and eventually the banks.

But it wasn’t only the politicians who were resistant to running a microscope over the financial sector – some of the best-known names in the media publicly opposed a commission, ignoring the deafening roar that called for it.

One of the most upfront about his conversion on the road to the royal commission was long-standing News Corporation finance journalist Terry McCrann. In August 2017 he told readers the country was “tumbling inexorably towards a (completely unnecessary, politically cynical, stupid and potentially harmful) royal commission”.

However once Commissioner Hayne had reported, McCrann admitted the public bloodletting had been very worthwhile.

“I have to confess to being … very surprised and very, very impressed. Commissioner Kenneth Hayne has delivered a very nuanced and sophisticated – and most importantly, effective – report and set of recommendations,” McCrann said.

“I am more than happy to say I was wrong in arguing against having this royal commission. But thanks only to Hayne.”

Commercial TV and radio star Ross Greenwood also took the truth serum. In September 2016 he told 2GB listeners many times, “I’ve raised the argument that a royal commission into the banks is a complete waste of time”.

A couple of years on, Greenwood’s views had changed and he recanted his view that the regulators had the job in hand.

“As it turns out, the major banks and financial institutions treated the regulators as a speed bump, almost like a business partner that they would negotiate with and cut a deal with,” he said on Nine’s website.

“They deliberately sought to mislead the regulators, and that’s what was the most astonishing and gobsmacking to me … It’s so important that the commission happened.”

What really turned the opponents around was the AMP scandal in April, when CEO Craig Meller and chairwoman Catherine Brenner were forced to stand down after admissions the group had consistently lied to regulators.

That triggered the following from Andrew Bolt on his Bolt Report show: “Confession: I thought that this royal commission into financial institutions wouldn’t uncover anything that we really didn’t know already. Wrong!”

Another initial commission opponent was The Australian’s Judith Sloan who, after it was called in November 2017, said: “Let’s bring Malcolm Turnbull to account, not the banks. In my view there is no case for a royal commission into banking.”

But after the AMP scandal emerged she called on the government to admit, “We have been misled. It’s much worse. We’re concerned about ordinary people”.

“[The commission hearings had revealed] a nasty connection between these people” [banks and regulators] and the government should take the blame for ASIC incompetence,” she told Sky News.

The Australian’s business columnist John Durie was another opponent who said in June 2016 that a commission was a complete waste of time and arguably a touch dangerous.

Post-AMP scandal, his column acknowledged his former expression was wrong.

Probably the pundit to come out best regarding the commission is The Australian’s Robert Gottliebsen. He told readers at the height of the property boom in November 2017 the commission and regulators cutting back lending would “create a long-term threat to property prices”. And prices have indeed fallen.