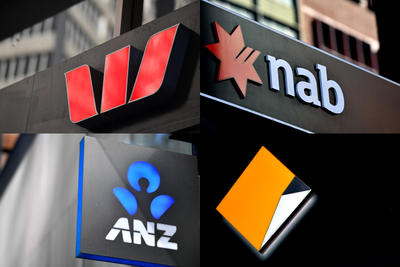 The banks may have been caught breaking the law repeatedly, but their stocks have rocketed upwards after the royal commission’s list of “soft” recommendations was released to the public in Monday’s final report.

By 2.30pm Tuesday, the benchmark ASX 200 index had climbed 2.3 per cent, hitting a four month high but still lagging behind the sizeable gains made by the disgraced financial institutions that fronted the commission only a few months ago.

The big four banks climbed between 5 per cent and 8 per cent, meanwhile financial services behemoth AMP – whose chair and CEO infamously both resigned within a nine day window following evidence the firm had charged fees for services it didn’t provide – rallied 11.76 per cent.

“The much anticipated release of the Royal Commission Final Report was disappointing, in our view,” the note said.

There was much discussion around misconduct within the banks and the need to change culture; however, the final recommendations fell well short of market expectations.”

And while the banks could yet face criminal prosecution, if existing regulators choose to take action, UBS said none of the 76 recommendations made by Royal Commissioner Kenneth Hayne are likely to have a “material financial impact” on the banks.

UBS’ remarks echo comments made by victims whose cases were brought before the commission, including Tracey Walsh, who told The New Daily the final report seemed “incomplete”.

However, Commonwealth Bank’s stock trading arm (CommSec) noted that many of the businesses now rallying were battered by investors during the commission’s public hearings.

“Investors reacted to the 68 hearings conducted over the past year together with restructures, asset sales, changes in leadership and fines,” CommSec said.

The good fortune being enjoyed by the banks hasn’t been extended to other sectors of the financial services industry equally, and mortgage broking firms have seen their stock price fall rapidly off the back of the commission’s report.

“A recommendation to remove trailing commissions and make changes to the way brokers are paid has been a weight this morning,” CommSec said.

That weight has helped drive Mortgage Choice stocks down 26.2 per cent, while Australian Finance Group has taken an even larger hit, down 28.6 per cent.