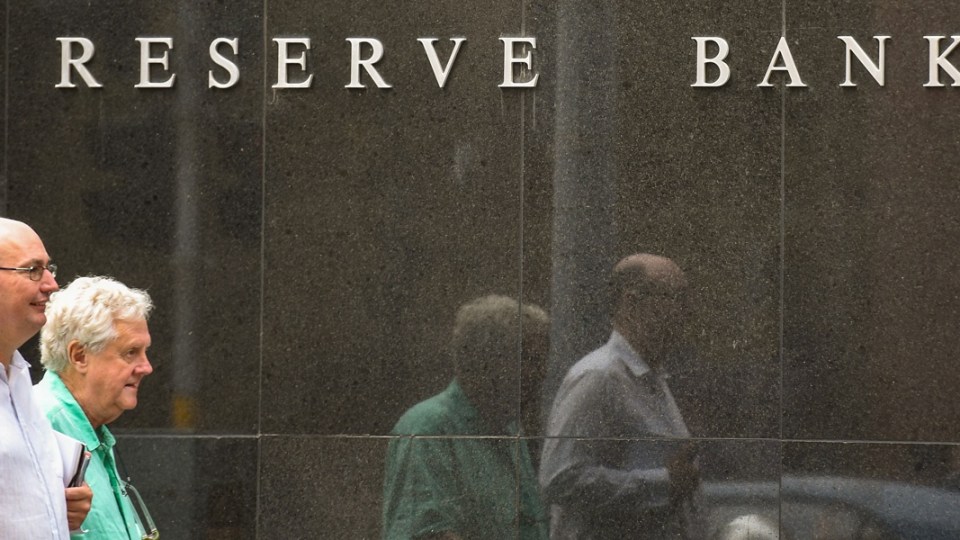 The “Reserve Bank must cut interest rates” chorus is growing louder. Too bad it’s barking up the wrong policy tree. Or maybe that should be, singing the wrong tune.

There are four powerful arguments for economic stimulus, the latest being yet another quarter of below-par inflation figures with no sign of any improvement on the horizon.

Throw in the horse before that cart – real take-home wages continuing to go backwards – and the sharp downturn in the NAB business conditions survey plus the negative “wealth effect” of falling housing prices, and you have good reason to think the RBA board meeting next week should indeed consider a rate cut.

But monetary policy – increasing or decreasing the cost of money – isn’t the only form of stimulus. More importantly, the power of lower rates decreases the lower rates are. And very cheap money can have the undesirable side effects, like housing bubbles.

I haven’t met or heard of a single business person in the last couple of years who has said: “You know, I’d like to hire another employee or perhaps invest in a new piece of equipment, but I’m just waiting for the RBA to trim the cash rate another 25 points.”

Monetary policy, as the RBA keeps reminding us, is already at a stimulatory level. Yes, ever-more-accommodative monetary policy provides stimulus, but it also gets to be like pushing on a piece of string.
The problem for the interest rate chorus is that we have come to rely too much on the RBA guiding the economy.

Former ANZ chief economist and current UTS professor, Warren Hogan, summed up the immediate problem in a tweet: “Not sure what a rate cut will do for an economy where credit demand is weak for reasons other than the level of rates. The policy focus for Australia, if the economy weakens, should be fiscal policy. Targeted fiscal stimulus could be more effective than rate cuts.”

Professor Hogan also thinks the RBA’s 2 to 3 per cent inflation target is too high and needs to be reviewed, but the immediate problem he nails is that you can’t make people borrow if they don’t want to.

That’s demonstrated in much of the one-dimensional discussion of why investors have retreated from the housing market.

Yes, our policy makers whacked the banks over the head to discourage investor loans, but APRA has back-tracked since achieving that aim. As argued here previously, investors aren’t entirely stupid. A falling market that’s unlikely to turn sharply doesn’t attract many investors, especially with the forecasting brigade competing with predictions of ever-greater falls.

To stick with the housing example, with the desired cooling of over-heated Sydney and Melbourne prices underway, our first policy priority shouldn’t be even cheaper money to reignite speculation.

This is where “targeted fiscal stimulus” – alias government spending – would make more sense.

With housing construction slowing, there is an excellent opportunity for governments of all levels to face up to their failure to address social and affordable housing.

A new Productivity Commission report has shown our investment in social and affordable housing has not kept pace with our population.

State governments increasingly outsource government housing to community housing bodies that can’t keep up. Our reliance on individuals to provide rental accommodation also is a factor in our very high household debt levels.

So, instead of throwing up interest rate petrol on the embers of the house price fire, multiple benefits would flow from governments seriously increasing spending to build more affordable and social housing.

But they won’t. It’s too hard. And the payoff is too far beyond the electoral cycle. Another opportunity missed.

For years the RBA has been quietly telling the federal government for years that more than monetary policy stimulus is required. The then-governor and deputy-governor spelt it out very plainly in 2014 before the House of Representatives Economics Committee.

The deputy governor on that occasion was introduced to the committee as having “very strong views”. He told it straight: “At the end of the day, monetary policy can’t be the engine of growth in the economy. We can help smooth out the fluctuations, we can’t in the end drive the overall growth in the economy.”

“So I think it’s somehow enlivening the entrepreneurial and risk-taking culture, innovation culture, so that we can be the type of country that has high value-added, high wages and high productivity. I think culture’s important.

“In my perspective, I think our society is becoming too risk adverse, the way we think about risk has got distorted and we’re not paying enough attention to returns and we’re paying too much attention to risk.

“But the details here aren’t things the central bank are expert in, but they’re the ingredients to be a successful economy in the next 20 years.”

The deputy governor is now the governor, Philip Lowe. There was a strong suspicion he would not have received the promotion of the Abbott/Hockey team was still in power.

Philip Lowe was right in 2014. His views are still right in 2019, but we’ve become so used to a lack of government vision that the commentariat can only thinking of cutting interest rates.

The ‘cut interest rates’ chorus is out of tune with reality