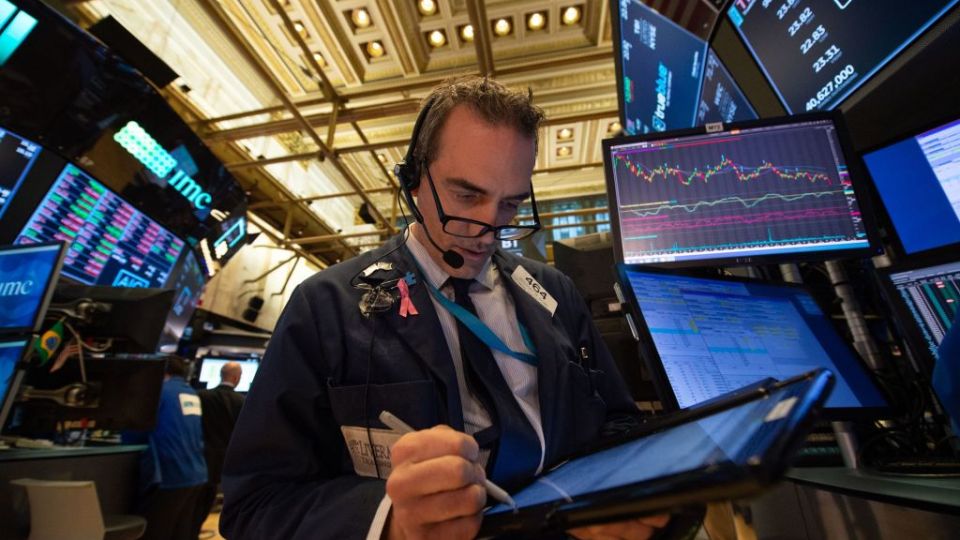 A rare revenue warning from Apple has sparked concerns for the Chinese economy. Photo: Getty

Wall Street has taken a battering as US technology stocks plunged to their worse loss in seven years after Apple reported a drop in China iPhone sales.

Apple’s rare warning of disappointing results stoked investor fears that the China is losing steam and that trade tensions between Washington and Beijing are making things worse.

The sell-off also came after a surprisingly weak report on US manufacturing.

All three major US stock indexes finished down more than two per cent on Friday morning (Australian time), with the IT-heavy Nasdaq posting a three per cent loss.

On Thursday, Apple chief executive Tim Cook wrote in a letter to investors that the company had not foreseen the extent of China’s economic deceleration, which was exacerbated by US-China trade tensions.

Apple, which was until recently the largest publicly traded company in the US, is now worth less than IT rivals Microsoft, Amazon and Google’s parent company, Alphabet

A report from the Institute for Supply Management showed US factory activity in December suffered the biggest drop since October 2008, the height of the financial crisis.

“The Chinese slowdown was expected, but today’s softer-than-expected [supply] number took investors by surprise because the US seemed to be the only port in the storm,” Sam Stovall, chief investment strategist of CFRA Research in New York, said.

“But now it appears that our economic growth is facing trade related headwinds,” he added.

Of the 11 major sectors in the S&P 500, all but defensive real estate and utilities stocks closed in the red.

Bristol-Myers Squibb Co shares dropped 13.3 per cent after the drugmaker announced plans to buy rival Celgene Corp for about $US74 billion ($A106 billion). Celgene shares jumped 20.7 per cent on the news.)