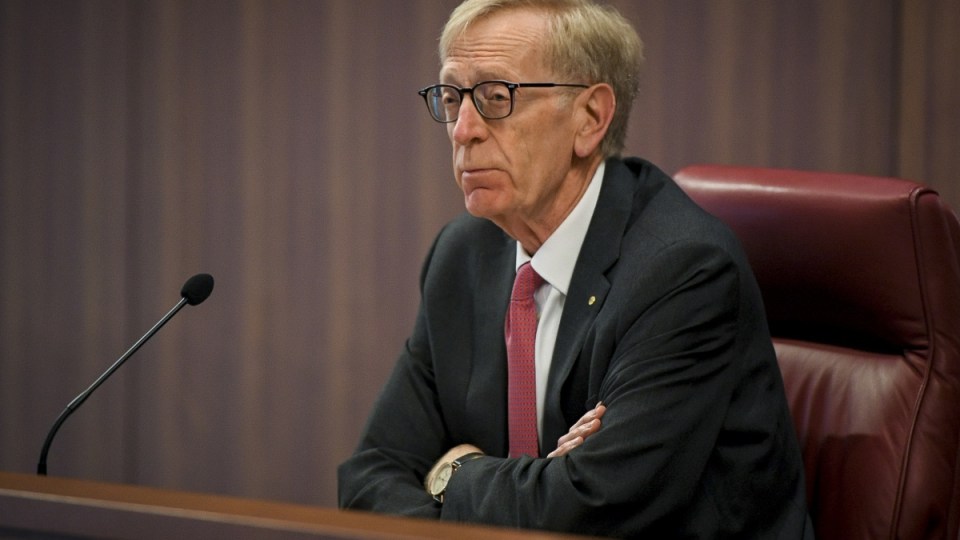 Australian financial institutions breathed a communal sigh of relief on Friday afternoon when Commissioner Kenneth Hayne declared closed the eight months of hearings that have put so many of them through the wringer.

Now they will wait with bated breath for the recommendations resulting from what must have felt to banks like an inquisition are released early in February.

Those recommendations could include prosecution of individuals and organisations as well as calls for legal reform.

Counsel Assisting Rowena Orr QC, now a feared figure among some in the financial sector, broke with her usual tradition on Friday when she did not issue a summation of the past two weeks of hearings laced with possible findings for the commissioner to make as a result of what had been unearthed.

Over the past two weeks the commission has grilled the heads of six major banks, along with chairs of regulators the Australian Prudential Regulation Authority and the Australian Securities and Investments Commission.

No possible infringements were highlighted because, “Our focus was not on identifying further instances of misconduct, but on understanding why misconduct occurred and what can be done to prevent it in future,” Ms Orr said.

Over seven individual sitting periods since March the commission has heard testimony from 134 witnesses, examined of 6500 exhibits and accepted 400 witness statements. It has revealed countless criminal legal breaches and examples of misconduct and claimed some major scalps.

Hardest hit to date has been financial giant AMP, which saw CEO Craig Meller and chair Catherine Brenner stand down after the commission revealed that the organisation had lied to regulator ASIC for a decade over charging fees for no service.

The giant’s share price has more than halved, to $2.42, as a result and its standing in the community has likewise tanked.

NAB copped a drubbing for massive fee-for-no-service scandals and for refusing to tell regulators about the situation before announcing its profit in 2016.

NAB later admitted it would have come over as “the worst of the banks” had it fessed up before the profit announcement.

All up the big banks could be up for more than $850 million in penalties and repayments for the fee-for-no-service scams which have hit customers in both superannuation and financial planning.

CBA suffered a huge credibility hit with news that it took fees from the dead in its fee-for-no-service scams and that it broke the law 15,000 times by keeping super fund members in high fee accounts when the law demanded they be moved to low fee environments.

That added to the well documented disasters of its insurer Comminsure which would not pay out to ill and injured customers with ligitimate claims.

ANZ came under fire for a host of issues including denying remote and indigenous customers access to low fee accounts and putting customers in high fee overdrafts when they hadn’t asked for them.

CEO Shayne Elliott told the commission this week the bank would have to pay hundreds of millions to compensate more than two million customers for ripoffs.

Westpac admitted to charging more that $750 million in fees to clients not getting service. It also kept money from a small business borrower to cover for its own mistakes and took guarantees from people who weren’t in a position to give them.

Independent financial advisory Dover Financial has closed and its principal, Terry McMaster, who famously collapsed under a grilling from the commission’s counsel assisting Mark Costello in April, is being prosecuted by ASIC.

Once one of the leading independent advisers, Dover’s 400 advisers and 50,000 clients have had to make other arrangements for their futures.

Another independent, celebrity adviser Sam Henderson, has been fined $50,000 by the Financial Planning Association for giving advice to his high profile client, Fair Work Commissiner Donna McKenna, that would have sliced $500,000 from her retirement savings had she followed it.

Worryingly for superannuation fund members, the commission revealed that neither ASIC or APRA had the legal wherewithal to fine super fund trustees for not acting honestly and in the best interests of their clients.

Insurers were in the firing line with Allianz called out for selling over two million policies using online channels that Ms Orr described as “misleading and deceptive”.

IAG used inappropriate incentives to win over motorists to its policies and Youi left policy holders stranded, not paying up on natural disasters, the commission heard.

Royal commission wraps up its cavalcade of scams, scandals and scalps