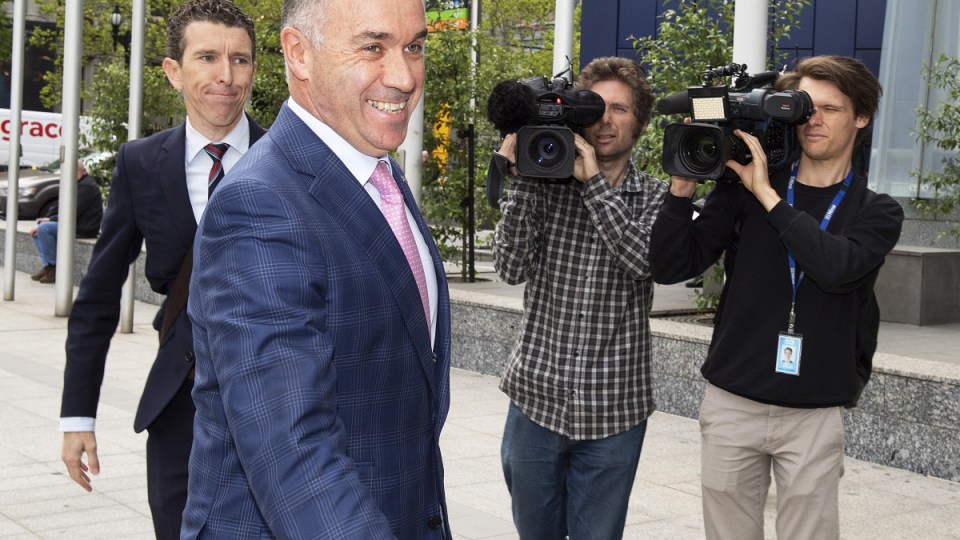 NAB spent two years without a purpose and a vision and the bank was not motivated to act on legal breaches it knew about until they were publicised in the financial services royal commission, CEO Andrew Thorburn has said.

Mr Thorburn told the commission that NAB’s charging of fees for no service to dead people and others was a failure of process rather than an act of dishonesty.

Counsel assisting Michael Hodge QC suggested that the charges were dishonest. “Is it your view that notwithstanding all these things were known, there wasn’t a recognition that what NAB was doing was wrong?”

Mr Thorburn replied that it was not. “Dishonesty goes to intent. I don’t think we knew what we were doing.”

Commissioner Kenneth Hayne put a different light on the situation, pointing out that the resulting fees had flowed to NAB regardless of intent.

This money fell into NAB’s pocket accidentally. Isn’t that the proposition?”

Mr Hodge pointed out that the bank senior management understood what was happening well before action was taken. “I’m interested in understanding why you think it took the royal commission to provoke that kind of critical self-examination.”

Mr Thorburn replied that it was a good question and “in my personal and professional experience most transformation opportunities come out of pain”.

That triggered an intervention from Commissioner Hayne who said “I take that in the spirit with which it is offered.”

Mr Thorburn responded with an attempt at humour. “Sorry, not Hayne, pain.”

Under questioning about the bank’s motivations and philosophy, Mr Thorburn said “in the last two years the purpose and vision … we never had a purpose.”

He added that he and chairman Ken Henry had been working to change that.

NAB’s approach to remediating customers for fee for no service drew criticism from ASIC.

The bank wrote to ASIC in April 2018 saying it would offer reviews of fees for post-July 2013 arrangements while those with agreements made before that date, prior to the Future of Financial Advice reforms of that time, would have to request a review.

ASIC viewed this response to be unsatisfactory, with the regulator saying the behaviour fell below standards set by its major bank competitors. The point was brought home to Mr Thorburn at a meeting with ASIC chair James Shipton.

“I met with Mr Shipton on April 26 [2018]. He made it very clear to me that … they had been very disappointed with the legal technical way … that we had been dealing with this matter.”

Mr Thorburn elicited some mirth in the commission when he told Mr Hodge that money was not the most significant motivator for bankers. “I assume … the best way to motivate people … is money?” asked Mr Hodge.

“Most people come to work in our bank to serve customers, to do a good job for them,” Mr Thorburn replied.

Indeed Mr Thorburn was loathe to accept that NAB was even in the sales business.

Mr Hodge made an observation about a NAB customer being “sold a product that was useful to them”.

Mr Thorburn objected to the term “sell” and Mr Hodge replied “I just don’t have another verb … I can offer you.”

Mr Thorburn agreed that the move by the major banks into wealth management had been a failure.

“If you look at the raw evidence [you’d] probably have to agree it had been.”

Royal commission: NAB failed on fees for no service