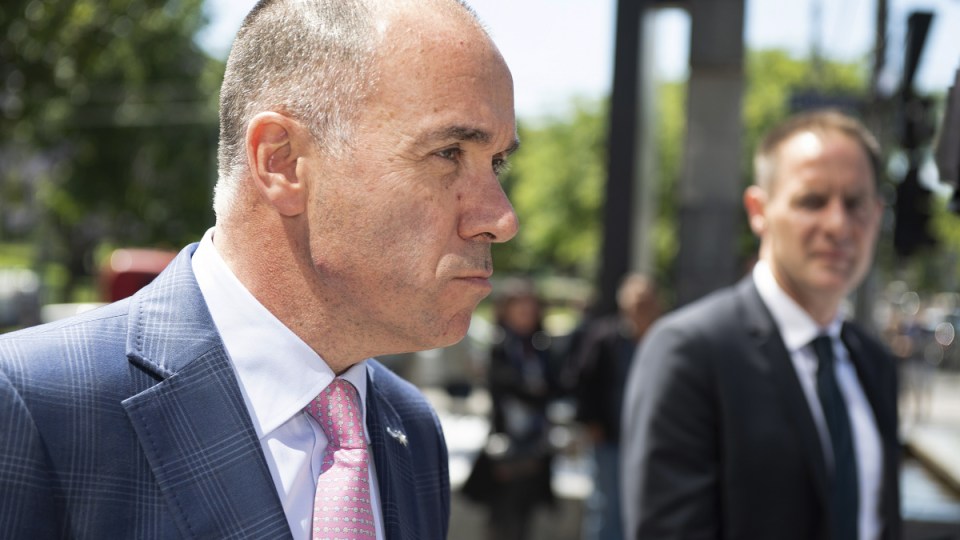 NAB used tactics that were potentially “corrupt” to sell mortgages through its introducer program, the financial services royal commission has heard.

Counsel assisting, Michael Hodge QC, put it to NAB CEO Andrew Thorburn on Monday that the introducer program, which pays commissions to people directing mortgage customers to the bank, was ethically damaging.

It is a “program where you – and this is my word which I suspect you will disagree with – where you corrupt the professional relationship between an adviser and their client?” Mr Hodge asked.

Mr Thorburn objected to the word “corrupt” but said the schemes had in the past acted to foster an “unsustainable sales culture”.

“That was like – we put the bait right there for people. Right there. They stepped over the line. That’s their own decision,” Mr Thorburn said.

However he said as far as the bank’s behaviour went, “I’m not excusing that”.

The introducer schemes have been extremely important to NAB, driving about one in 20 mortgage customers to the bank and earning introducers $100 million in commissions in the three years to 2016.

Mr Thorburn said the scheme had been recently restructured and was now only available to people somehow involved in the property lending business.

These included lawyers, accountants, financial planners and property professionals and overall introducer numbers have been cut from 8000 to 1000.

The scheme was widely rorted through fraudulent documentation before the changes and introducers included gym owners and other business people who had a wide circle of contacts.

Mr Thorburn said the scheme was now “fit for purpose” but was under a “watching brief” to ensure the old problems did not re-emerge.

It could be open to the “wrong sort of behaviour,” but “we still think it’s a legitimate commercial transaction to pay the referrer”.

Mr Hodge suggested of the introducer program “the main benefit is to you rather than the customer”.

Under earlier questioning over fees for no service issues, Mr Hodge accused Mr Thorburn of trying to shift the blame for the bank’s approach – which the Australian Securities and Investments Commission had objected to – on to the shoulders of departed executive Andrew Hagger.

Mr Hagger left the bank in September after appearing before the royal commission, where Mr Hodge accused him of “disrespect for the role of the regulator and a disregard for the gravity of the events in question”.

Mr Thorburn was followed at the commission by NAB chair and former Treasury Secretary Ken Henry, who delivered counsel assisting Rowena Orr QC a frustrating time with long, philosophical answers to her questions.

Ms Orr started on the front foot asking why measures taken by the Australian government in the wake of the global financial crisis didn’t target misconduct in the financial sector.

Dr Henry replied that although the crisis was triggered by the poor behaviour of northern hemisphere bankers, the same had not been true of Australian financial institutions.

Dr Henry said cultural change was under way at NAB, but that such change was not quick or easy and could take a decade to complete.

“It could …  I hope not. But I wouldn’t be surprised at all. That would not be unusual for organisations that seek to embed challenging cultures.”

Dr Henry said the bank was keen to focus on customer needs and outcomes.

“So how do you measure customer outcomes?” Ms Orr asked.

“Mainly through complaints from customers, to be honest. Mainly … when something goes wrong,” Dr Henry replied.