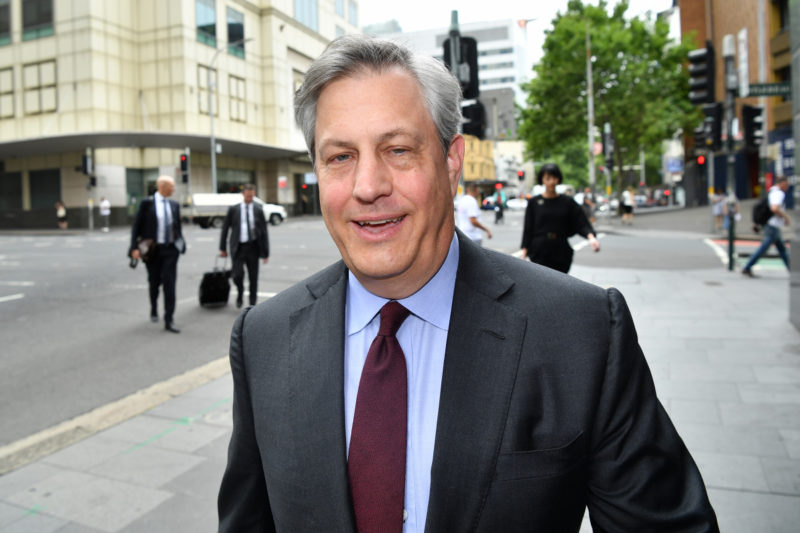 Westpac CEO Brian Hartzer cast doubt on the bank’s decision to hold onto its BT wealth management business at the financial services royal commission, saying the economics of financial advice is on the slide.

Mr Hartzer told the commission on Wednesday that while Westpac wanted to offer quality advice to financial planning clients through BT, “the economics of doing that are getting very difficult”.

The difficulty came from regulatory changes demanding banks keep increasingly detailed records of advice given to clients, and that the advice quality should be top class.

But ensuring advice is top quality is “inherently challenging to monitor, because you deal with a subjective conversation between two people and there is an element of subjectivity involved in providing advice,” Mr Hartzer said.

Westpac is the only one of the big four banks that has chosen to retain its full service advice business. The other banks are selling out of wealth management after finding it was less profitable than they thought, and delivered lots of bad press through a series of high-profile financial scandals.

“What he’s saying is the business is getting more difficult, the industry is changing and there’s a question over the vertical integration model. It is getting less attractive to them,” Mr Montgomery said.

Westpac has already cut back its wealth management exposure with the abandonment of its virtual advice operation that provided advice over the phone or online. It also sold its BTIM business, which manufactured investment products to be sold through the BT network.

“At the end of the day the reason I came to the conclusion we should get rid of it was that even if we put the all of the conflict-of-interest controls in place; the fact we were having an adviser offer a product branded BT to the customer, the customer would still perceive there was a conflict of interest,” Mr Hartzer told the commission.

To date Westpac has paid $10.75 million to its clients, with another $106 million slated for further repayments. The bank has not yet worked out a figure for recompense to clients of its licensees.

Westpac recently stopped paying advice commissions on legacy client deals made before the Future of Financial Advice legislation was applied from 2013.

When questioned by counsel assisting Michael Hodge QC as to why the bank had waited so long to abandon the so-called “grandfathered” payments, Mr Hartzer said he thought they would taper off quickly.

“It was part of transitional arrangements that those advisers had as part of their revenue, these previous arrangements, and so we thought that that would naturally flow off in the same way that it would across the industry,” he said.

However, that did not happen and Westpac felt charging them was no longer justified, Mr Hartzer said.

Mr Hartzer said Westpac had continued to pay “flex commissions” to car dealers that used Westpac to provide loans to car buyers, because it feared if it did not it would effectively “exit the industry” because it would significantly damage the finances of car dealers.

Westpac had rather chosen to advise ASIC to outlaw the process so the whole industry would have to transition out of flex commissions. The commissions allow dealers to set the interest rate on car loans, giving them higher commissions where rates are higher.