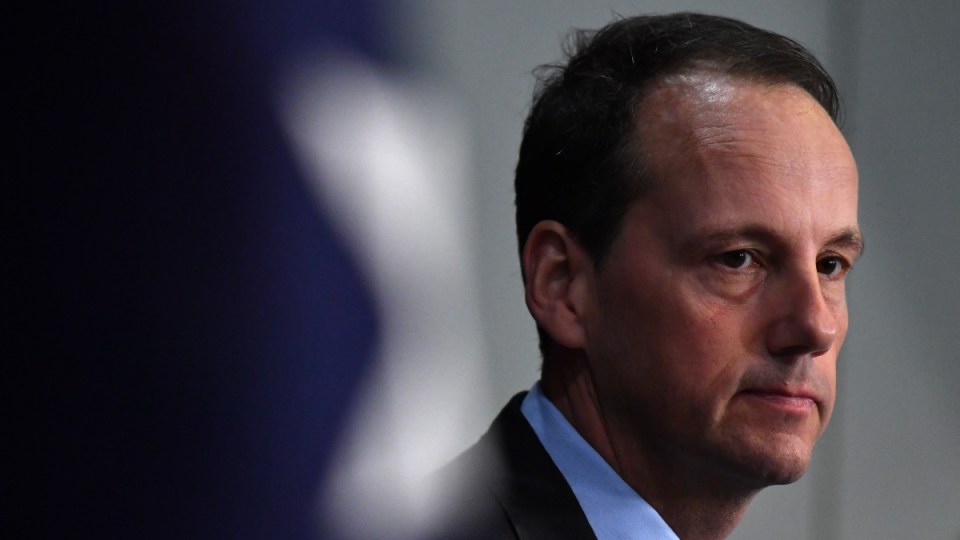 It’s a close call as to which party is most damned by Kenneth Hayne’s interim report, but the Australian Securities and Investments Commission is certainly a podium finisher. It’s hard to see how ASIC will get out of the royal commission alive.

Which is worse: financial institutions “preferring pursuit of profit to pursuit of any other purpose” or the supposed regulator letting them?

When an ASIC-negotiated penalty is less than the profit made from egregious behaviour, breaking the law becomes a mere “cost of business”. Breaking the law is effectively encouraged by the lax regulator.

There’s a clear hint in the report that ASIC can’t continue in its present form. Even with its failures exposed, in Mr Hayne’s opinion, the watchpuppy isn’t up to fixing itself.

“As the Commission’s work has continued, there are signs that ASIC may be seeking to alter its approach to enforcement. Even so, I remain to be persuaded that it can and will make the necessary changes.”

This is only the interim report. It asks many questions of itself with an eye to further hearings in November on policy responses before the final report is due in February.

One of the questions Mr Haynes asks is if ASIC simply has too much on its plate. The clear implication of listing its responsibilities is that the answer to that question is “yes”.

“Too often, entities have been treated in ways that would allow them to think that they, not ASIC, not the Parliament, not the courts, will decide when and how the law will be obeyed or the consequences of breach remedied,” he writes.

At this stage let me state that the interim report is a better and hotter document than I think anyone, including me, expected. Oh, it was always going to be good, but it’s much better. In effect, it’s the most important review of our financial system since the Campbell Report in 1981. It eclipses the 1997 Wallis and 2014 Murray inquiries – and in some areas disparages them.

It was the Wallis inquiry that led to the setting up of ASIC and APRA – two institutions found wanting.

The royal commission traces some of ASIC’s woes back to the financial planning and banking scandals that came to light with the GFC, specifically including Storm Financial.

“Scandals dating back to the GFC began to shed light on the conflicts and culture in the financial advice industry,” Mr Hayne writes.

“Regulatory responses, however, focused on the remediation of specific instances of poor advice, rather than seeking to identify root causes within institutions and the industry. Those responses largely set the tone for future approaches to misconduct by financial advisers, that is, to compensate customers according to arrangements negotiated with ASIC while requiring few changes to the business itself.”

Subsequently, when ASIC has discovered bank misconduct, or when banks have fessed up, “ASIC has almost always sought to negotiate what will be done in response”.

“Rarely has ASIC gone to court to have the defaulting party penalised. The criminal prosecutions that have been brought have all been directed at individuals. Civil penalty proceedings have seldom been brought.

“Yet, ASIC and the Commonwealth are prevented from starting a civil or criminal proceeding in relation to the contravention that caused ASIC to issue to the infringement notice.”

Mr Hayne showed a sense of humour at times during the public inquiry. The report demonstrates an appreciation of irony as well when he writes:

“ASIC assigns 70 per cent of its regulatory resources to surveillance and enforcement. Its 2016–2017 Annual Report states: ‘Where we identify breaches of the law, we use our resources and power to ensure that there are meaningful consequences for the perpetrators.’ Elsewhere, ASIC has emphasised that ‘Our credibility as an effective regulator, across all our areas of responsibility, depends in part on how well we use our enforcement powers.’”

The picture that emerges of ASIC is a body that goes in hard, and often after the little guys, but is scared to chase the big boys – or has been captured by them.

“Seventy per cent of all of ASIC’s enforcement outcomes come from the Small Business Compliance and Deterrence Team, which focuses very heavily on the prosecution by in-house ASIC legal teams of strict liability offences, primarily in relation to the failure of directors to assist liquidators.

Mr Hayne says ASIC’s starting point when deciding what to do in response to bank misconduct, appears to have been: How can this be resolved by agreement?

“This cannot be the starting point for a conduct regulator. When contravening conduct comes to its attention, the regulator must always ask whether it can make a case that there has been a breach and, if it can, then ask why it would not be in the public interest to bring proceedings to penalise the breach. Laws are to be obeyed. Penalties are prescribed for failure to obey the law because society expects and requires obedience to the law.”

And when ASIC has negotiated, Mr Hayne observes the negotiations have taken far too long.

“Too often, I suspect, ASIC has sought to accommodate the expressed wishes of the entity rather than determine what ASIC wants from the negotiation, tell the entity what it wants and insist upon it being provided promptly. Too often ASIC appears to have accepted an entity’s request for time to take steps to remedy past misconduct or prevent future breach without examining, let alone examining closely, whether that time is needed. There have been too many cases where remediation programs have taken months, even years, to formulate
and implement.”

The report draws an invidious comparison between the way ASIC and the ACCC went about dealing with their respective areas of the 2016 unfair contract terms reform.

“ASIC’s approach would be ‘consultative’, that is, ASIC would ‘assist non-compliant businesses to comply with their obligations in the first few months of the new regime’.

“ACCC also defined its approach at this time as ‘consultative’. But in the case of ACCC, ‘consultative’ meant ‘working with businesses to ensure they are ready to comply from 12 November’. ACCC made plain that, after the law came into operation, it would take enforcement action where it saw breaches of the UCT provisions. In October 2017, ACCC commenced action against a company for breaches of the provisions.”

To paraphrase Mr Hayne, ASIC, on the other hand, continuing to fluff around letting its charges take their own sweet time.

Perhaps the clearest criticism of ASIC’s approach is that the major banks loved it.

“Asked to reflect on the regulator’s approach to the UCT reforms, the major banks between them could not find a word of criticism for ASIC. Both Westpac and ANZ called ASIC’s approach ‘appropriate’ and ‘effective’ and emphasised that negotiation with industry could achieve a result faster than compulsory enforcement action, presumably on the basis they would have fought such action. CBA submitted that ASIC’s approach was ‘constructive’ and enabled ‘understanding from ASIC’s perspective’ of the ‘genuine interests of the bank’.

“A regulator should look carefully at such positive reviews. They point to the regulated community having its way about when and how the law will be enforced.”

Mr Hayne, the mightily-experienced lawyer and judge, also offered insight into what might at first appear like ASIC success:

“That seeming accomplishment has concerning implications, for it suggests that ASIC has a preference for easily won cases… and does not do enough to resolve grey areas in the application of the law.”

Mr Hayne gives five reasons for doubting ASIC is able to right itself:

“First, there is the size of ASIC’s remit. Second, there seems to be a deeply entrenched culture of negotiating outcomes rather than insisting upon public denunciation of and punishment for wrongdoing. Third, remediation of consumers is vitally important but it is not the only relevant consideration. Fourth, there seems no recognition of the fact that the amount outlaid to remedy a default may be much less than the advantage an entity has gained from the default. Fifth, there appears to be no effective mechanism for keeping ASIC’s enforcement policies and practices congruent with the needs of the economy more generally.”

APRA also was found wanting, but the report explains that it at least had a partial excuse: “APRA is obliged to look at issues of governance and risk culture through the lens of financial system stability.”

Basically, a strong, profitable banking system can be more important to APRA than where the profits might be coming from. But Mr Hayne raises the example of APRA’s CBA prudential inquiry of when a bank’s behaviour is so bad that it threatens its reputation and public standing.

“Until that time, APRA had taken no public step pointing to any deficiency in the governance and risk culture of any of the major banks or any of the other large financial services entities falling within APRA’s remit.”

Given what he has been hearing in this royal commission, Mr Hayne reasonably wonders “whether other financial services entities have the same or similar deficiencies of governance and risk culture” as CBA.

Mr Hayne shows no doubt about how high up the corporate ladder responsibility goes. He forcefully rejects the “few bad apples” excuse, citing its frequent use by CBA and other banks and the AMP right up to and including their submissions to the royal commission.

“That characterisation serves to contain allegations of misconduct and distance the entity from responsibility. It ignores the root causes of conduct, which often lie with the systems, processes and culture cultivated by an entity. It does not contribute to rebuilding public trust in the financial advice industry. The misconduct acknowledged by the major entities gives rise to broader questions than those answered by the ‘few bad apples’ response.”

As for ASIC’s failures, it looks like its various previous chiefs are fortunate to be no longer at the scene of the failure.

Royal commission could prove the downfall of corporate watchdog ASIC