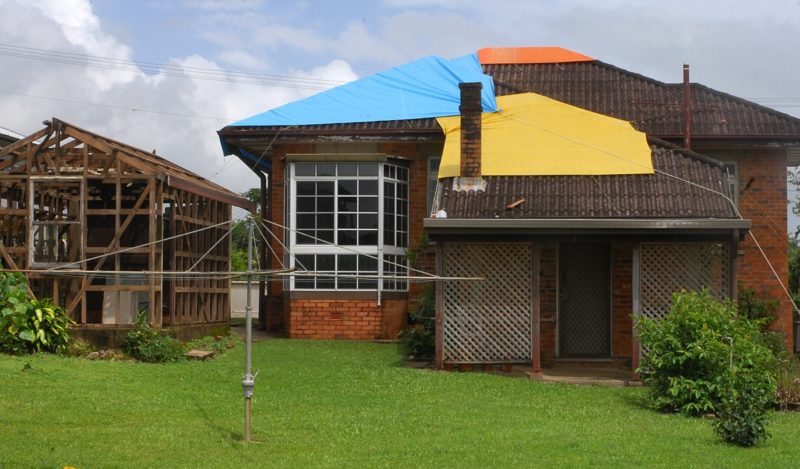 Youi deliberately distorted the meaning of documents submitted to the financial services royal commission, describing the case of a man unable to claim on cyclone damage to his home for 18 months.

The Youi customer, Glen Sutton, is still waiting for repairs to his Cannonvale, Queensland home damaged so badly by Cyclone Debbie it remains unliveable. He employed consultants Solve My Claim to try to expedite the repairs in October last year.

The consultants submitted a description of his experience with Youi to the royal commission because Mr Sutton was so unhappy with his treatment. When the company became aware of the submission, a manager asked an executive to summarise it for internal use.

The manager, Queensland claims assessing chief Katherine Ahern, characterised Mr Sutton as seeking more than he was entitled to.

“The usual story with this one. Customer believed our scope of works was too lean, our assessor attended site in December, met with Mr Sutton and his builder to discuss what they believed to be missing.”

Ms Ahern went on to say the company had assessed Mr Sutton’s claim after taking on board some of his builder’s advice and offered him a cash settlement. Earlier, Mr Sutton had testified that the offer of settlement came from out of the blue and left him shocked.

The internal memo went on: “Note our cash settlement based on our builder’s quote is less than Mr Sutton’s very expensive local builder’s quote. We have been ready to settle on this one since June/July and Mr Sutton continues on the scope creep.”

The memo also said that water damage inside the Sutton home was the result of delays triggered by Mr Sutton’s refusal to allow Youi to get repair works done. But Mr Sutton’s evidence was that water leaked in after damage to a tarpaulin that Youi had erected but refused to replace when it was damaged by a wind storm.

Earlier Mr Sutton had said the company had sent repairers a month or so after Cyclone Debbie struck his home in March 2017 but they had refused to do anything, saying that “make safe” repairs would take far longer than the eight hours Youi had authorised.

“We could have started strip out and mitigation as early as April/May 2017, but customer wasn’t keen on allowing any of our trades on site until he agreed on the full scope of works,” the memo read.

“Now, do you agree that Ms Ahern’s email misrepresents the true position in relation to the handling of Mr Sutton’s claim?”

“Isn’t that a serious matter in the context of providing information to the
chief risk officer about a submission that has been made to the royal commission?”

The commission also heard Mr Sutton’s case had been undermined in an earlier inter-company email following his complaint to Youi about his treatment in November 2017.

“The insured has a habit of over-dramatising everything and creating an environment where you feel obligated to just approve it so we can move forward. It’s a common trait amongst people trying to get more than what their coverage allows,” it read.