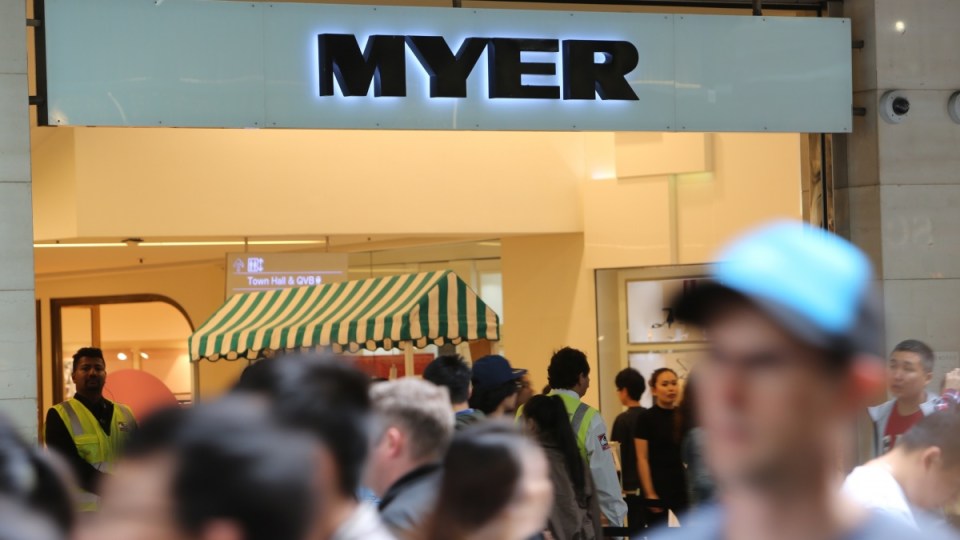 Department store giant Myer has suffered a full-year net loss of $486 million, weighed down by a fall in sales and write down of assets.

The company has made an annual underlying net profit of $32.5 million, down 52.2 per cent on last year.

“When it became apparent to the board that the execution of the strategy was not going to deliver an improved financial performance, we made the decisive move to make significant leadership changes,” he said.

In April, Myer’s new chief executive John King announced 30 executive and senior management roles would be cut in its head office in a bid to reduce costs and strengthen connections with customers.

“These results are obviously disappointing and shareholders deserve better,” Mr King said in a statement, adding that the company was focusing on marketing and improved products.

“With this customer in mind, we are making changes to our product ranges, store layouts, and online offering,” he said.

“We have worked to influence how we will trade Christmas 2018.”

No final dividend will be paid.